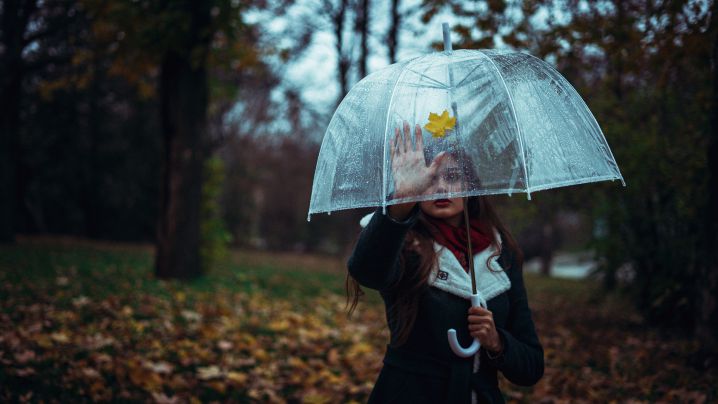 Sometimes life can be really tough. It may turn our lives topsy-turvy but it expects us to get back on our feet. We have to face the world again and we have to do so with a smile.

I know a person who lost her dad at a tender age. One fine morning her dad asked her to go and conquer the world. A prize was up for grabs that day and she was happy in her own little world. She couldn’t wait to win and show off her prize to her parents. She won. But that evening her dad did not come home.

Later in the night, she got the sad news that her father had passed away. It broke her heart. She was just 9 years old when this happened.

Years later, her mom succumbed to an illness. It tore her apart to see how her relatives just stopped showing up anymore. But they were willing to go all out and steal what was rightfully hers.

I know a 26-year-old woman who had a baby at the age of 23. She lost her relationship with her father forever after this. Her father spewed curse after curse on her. She was still a student when this happened and all the money that she got for her survival was redirected to her mother who was taking care of her baby. She relied on the goodwill of her friends.

She would cry and die a little from within every day because her future seemed so bleak to her. She was always broke and hungry. So much so that when she ate something, she almost always fell ill because her body was not accustomed to food.

I know of a young man who worked as a volunteer in Sudan. He gave up all his earnings so that his elder sister could go to school. People believe that men are strong beings but war knows no such thing.

It can break you and turn you into an animal. He struggled with PTSD (Post Traumatic Stress Disorder), but studied and then even lost his job at one point in time in his life.

He was new and so good at his job that his boss kept promoting him. His colleagues, on the other hand, had been working in the same firm for 4 years and hadn't even moved a position higher. So they sabotaged his work and got him fired.

And it that is anything to go by, I know that she too must have suffered a great deal.

I am glad God blessed her with a wonderful son. He is barely a year old but he says ‘AMEN’ whenever they say their prayers.

I know a man who turned 50 this year. He is worried because he is rebuilding his life after losing his company and his reputation. I know that he really struggled to make life better for his children despite facing several challenges of having to start over in a new land with strange people.

He has experienced racism and unfair treatment but still manages to put a smile on his daughter’s face. He can’t wait to hold his unborn grandson!

I know of a young woman who has struggled with unemployment for so long that she almost gave up and went the astray. Even today, she still finds the strength to work in a place that she hates. She probably hates her job for the very reasons you hate yours but it is a job that she found with great difficulty so she sticks on to it.

I know that given a choice she would willingly start over in her life and be more like her late father would have wanted her to be.

I have been told of stories where people were raped and their bodies were used for pleasure to the point that they could feel nothing more.

I have read tales of refugees being forced to boil their children in order to feed the rebels and their families.

I have heard of stories where children are looked down upon because they were born out of wedlock. I have seen a father call his unborn son a bastard and walk off.

I know of people whose parents mistreated them as children. And now that they seem to have their life in order, their parents are crawling back to them seeking assistance. They had never been around when their children were struggling all through their growing up years. I have also heard of children mistreating parents because they are old and have nothing on them now.

I know of people who turned to prostitution to take care of their families. They are forced to live their lives in another way because life takes on a strange turn suddenly and this fills them with fear. I know people who are struggling to get over their addiction but the withdrawal symptoms and temptations are just too hard to overcome.

It’s when we attach ourselves to our challenges that they become personal and painful. Maybe it takes years of experience and a whole lot of maturity and wisdom to accept all our experiences as a part life. Let’s not wait for a New Year’s Day to find happiness and gratitude. Let’s share this story and learn to celebrate life every single day of our lives.