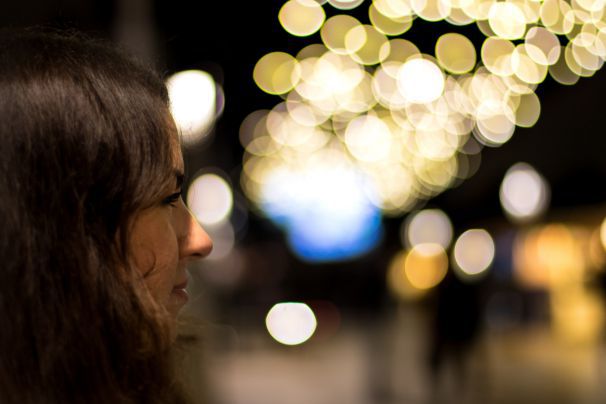 It was a regular day. With kids at school and hubby at office, Tia was enjoying her me time. All daily chores were finished by her daily help. With the first sip of tea, she got a beep on her phone with a message in the fb messenger. "Hey! R u Tia from Xaviers?". Tia immediately recognized her nursery mate and typed, "Yes, of course! and I remember, you are Arti! How can I forget you, I always liked your name". Soon, they exchanged their numbers and started talking to each other. Along with all the memories, they also discussed about their marriage and spouses. But, after listening to her friend's story, Tia was heartbroken with tears rolling down her eyes.

Suddenly in front of her eyes, the whole story flashed. How pretty and charming her friend was. Happily brought up by her father and step mother (she was lucky to have a good one). Like other kids, she was also the apple of her parents' eye, a princess of her own little kingdom. But, mother nature was not in the mood to retain her happiness and she lost her Mum. This shock gave her heart disease and she had surgery at the age of just 15 yrs, and this disease became the reason of her screwed up married life.

When the guy's family approached Arti's family for the first time, they seemed to be God-sent. He was well behaved and an average earning, nice guy which was sufficient for this marriage.

They got married. But, reality started unfolding from the very next day of their wedding, when all good behaved people around her turned into devil. They knew she had a heart problem and her late mother had left some properties for her. It was the best way to grab it as they were sure that she would die during pregnancy and they will come out of this hassle without any problem.

But, God always has different plans and she survived with a beautiful daughter, which made them so furious that they started torturing her and kicked her out of their house.

She was guilty of not dying - supposedly, a big crime which she had committed to make her husband's family hate her and make her life hell.

When the torture became too much and intolerable, Arti decided to move on in life all alone with her daughter- the reason for her strength.
Since then, it has been many years now but, she is still fighting the long run dowry case, along with her little kid.

She pursued her PHD in recent times and has now become a teacher. A part of her has died forever. Once a pretty and happy young Arti, can never be the same again. Life has thrown at her very bitter experiences which has changed her forever.

Trying hard everyday, with no plans for herself, she has only one goal in her life now - to give her daughter a good life.

As we all are busy and happy in our lives, Arti continues fighting everyday with society and its rules with a smile on her face.

We often hear phrases like, 'when life gives you lemons, make lemonade', 'when the going gets tough, the tough get going' etc. but how many people are really able to deal with such adversary. Having a purpose or reason to live,