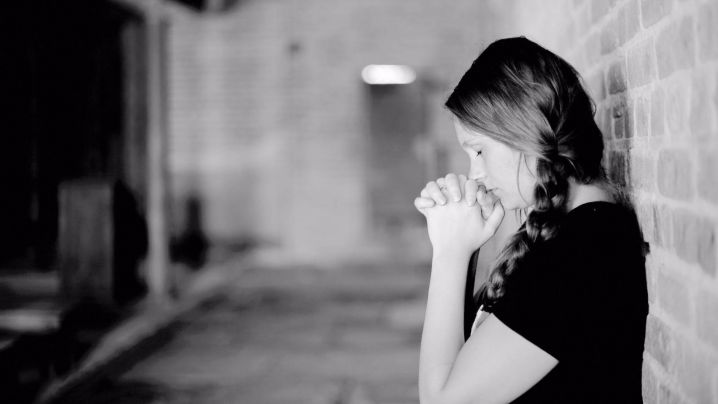 It begins with butterflies in the stomach, goes on with a passionate rage, but always leaves with a painful scar.

Well, I wouldn't have said this four years ago when I was a simple emotional girl, unaware of the games people play with emotions, unaware of the guys who just wanted some fun. But I knew not every guy's the same. He looked different, somewhat glamorous, in his blue sunglasses, walking about in a boyish swag. I saw him from the corridor, outside my tuition classes. Then, I fell into the getting-butterflies-in-the-stomach phase, when he came and stood by my side in the corridor.

It was something about him, his charm, his hair, his everything sent me daydreaming, unaware that he'll be my everything and change my everything someday. We didn't talk that day. But we did, on the day before the high school farewell party. It could have been better, if my girly habit hadn't ended the talk in a petty quarrel. He wasn't that sincere, but he knew when and how to make up to a girl.

Next day, we met at the farewell party. He had this nice camera and I had this obsession of getting clicked. I was attracted to him like a moth would be to an oil-lamp. We were just looking at the photos, when came my stupid classmate Shweta. "Wow, look at the beautiful couple!" she teased. I blushed, but I realized he was blushing more than me and now it was time for his daydreaming. I went home and sent him a friend request on Facebook. No wrong intentions. Okay, some of them were but the main reason was to tag him in the pictures.

Next day, again I was in the corridor waiting for something interesting to happen. Like a dragon appearing from the sky and destroying my school life like that, when I saw him coming towards me, it happened. I thought that he was over everything and wouldn't talk to me now. But he did. Small talk was beginning to get bigger. And it continued for days.

Between two classes, we used to have this break. So my friends and I decided to go out and eat panipuri. You'd have guessed that he was also with us. I was walking and he was driving behind me, teasing me. I protested, but didn't actually mind. When we reached, he made Heena, another dumb classmate of mine, eat panipuri with his hands. The butterflies in my stomach had now become dragons and could kill her any moment. I hated her anyway.

Then I looked at his cute face and forgot all about it. Later that night, he texted me on Facebook. I wanted him to know I was angry, but didn't want him to know I was jealous. So I said, "Don't talk to me. And don't you ever dare touch my hair!". He replied cheesily, "It was a sign of my love for you, my dear.." I said, "No, you're just flirting. Say that you like me and I'll think about it.." He said, "Okay, I like you baba. Happy now?" And this chatting continued for days.

Isn't it funny the way you talk to someone everyday and get feelings for them and do little little things to keep one another happy! Like he used to wear my favorite shirt and I used to keep my hair untied, the way he liked it. My chemistry with him was topnotch but it didn't show in my chemistry marks, which often made me cry. And he used to cheer me up by telling me that I looked like a witch, when I cried.

I guess, I was turning into a witch the way I could feel his presence before I could even see him. As time passed and he cheered me up and made me feel better about myself, I knew I was falling for him.

I confessed to him how much I liked him. And I was on cloud nine when he said he felt the same way. I didn't realize but there was a lonely person inside him, I was always there to comfort him and make his loneliness go away. This relationship was getting deeper and deeper. I wonder if Juliet and Laila felt the same way as I did for my better half.

We didn't realize it but we were growing up. And our relationship had to grow up too.

He got new friends, I got new friends. He introduced me to his friends, who were now his close friends. The dragons inside me went red whenever I saw him with any other girl. I told him this and like any obedient boyfriend, he wouldn't talk to other girls, at least in front of me. I know, it's a little childish when a girl gets possessive and can't let go of her loved one. I also knew, I couldn't be childish anymore. Career pressure was upon me, upon him and upon every teenager of our age. He got busy, but I always somehow found time for him.

His new priority was work, money, success and all those materialistic things men believe can make them happy. Why is it that most of us don't realize that it is just sometimes staring at the stars, feeding poor children or looking at our loved ones that makes us happier than a billion dollars in the bank.

I knew this and held him tighter so that he wouldn't get lost in this terribly selfish world. But the tighter I held him, the more he wanted to let go. The more that I cared for him, the more he mistook my care for lack of trust and over possessiveness. Doomsday was right around the corner.

So it came. He said the three magical words that set him free and they were, "I break up!" "I don't think that you're the right girl for me, the way you never give me space and never trust me. You're too possessive to be ever loved by anyone. Stop smothering me and get away from my sight and never show me your face again." His words shattered me, shocked me and strangled everything inside me that loved him, that just wanted his best. He got up to leave, but I held his wrist. He forcefully freed himself and I held him again and then again. I begged him to not leave and told him how much I loved him and I will change and become everything that he wanted me to be. But he went, ignoring my tears as if he were deaf and mute.

I couldn't carry myself out of the room for an hour or so. I cried and cried for days and nights. Life can not be that cruel to me. My god can not be that cruel to me. I begged to the almighty to make things all right. I begged to his mother and sister-in-law. But he wasn't the man anymore who cared for family or love. He was an insane beast who was lured by money. He changed, but I couldn't.

I was like a milestone he had surpassed long time ago and would never see again. I wasn't the girl to him who he loved, I wasn't the girl who he met when he was lonely, I wasn't the girl he wanted his future with. I was just a toy, used and put aside for a shinier one. I was the one left to rot, to find a corner and cry. I went depressed, if that was the beginning. I lost my faith, my confidence, my self-respect and many other things along the way. But I gained something, a pillow that's wet every morning, a face that doesn't smile anymore, a sting that love leaves after it has sucked your nectar and a lesson, never to love again.

The sad thing is I loved him selflessly and let him shatter me into pieces, so that he'd put me back and seal the cracks. But what he saw was his broken reflection and thus, left me for the dead. The sadder thing is I don't hate him. But I wait everyday for him to feel the blame and the pain he put me through. I want him to feel what it's like to not feel anything. Above all, I know one thing.

Share this story because it's hard to be so honest with yourself.