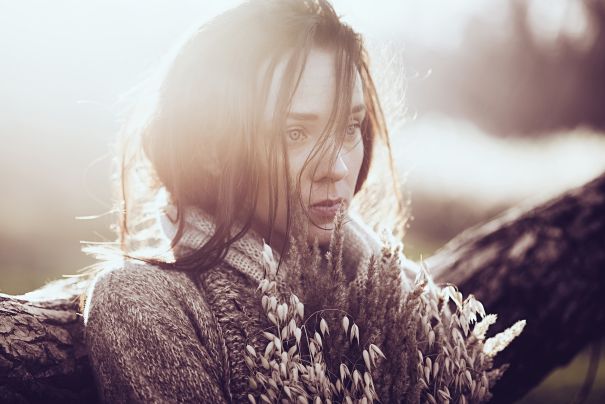 I was 23 years old when I met this handsome man. There was an instant connection between us and I felt like my Prince Charming had arrived into my life.

We shared 5 years of total bliss. Our love brought out the compassionate and serene side of our personalities.

But one fine day, everything changed. He went abroad to pursue his higher studies and I kept waiting for him. I believed that we would end up with each other in the future.

But he got married to someone else and did not even let me know about it. When I looked at his photographs, I could not find even the slightest trace of guilt on his face. I was speechless with shock. I was depressed and it was very difficult for me to deal with this kind of betrayal.

It took me a long while to accept the fact that he had betrayed me. I had trusted him totally and he had broken my trust. I had loved him but he had just shattered me. It took me two years to overcome my depressed state of mind. I had to work on building my self-esteem again.

I decided never ever to fall in love with anyone again.

Yet, I chanced upon this guy later on in my life. He seemed like a mature and sensitive person. He made me feel like he could soothe and heal the wounds on my heart. I started trusting him and we quickly got into a relationship.

I valued this relationship a lot. I nurtured it with a lot of attention and time.

But this person constantly doubted my character. He monopolized me and I lost the few friends that I had. He started abusing me even if I talked to a male colleague.

He questioned my integrity.

I tried to make him believe that my feelings for him were real. I assured him that I would never leave him. But he abused me for trivial things and even dragged my family into our arguments. I was shaken to the core.

I had never heard such hurtful words before in my life. Never ever had anyone used such profanities in front of me. I had never been treated with such disrespect before. I had never experienced this kind of behaviour from anyone before. His words pierced my heart like an arrow.

First I decided to leave him. But then I tried to convince myself that maybe I was doing the wrong thing and had not understood him properly. I know I was stupid but I tried to look at all the good things that we shared. Things started improving between us now. I thought of going ahead and asked him if I could speak to my parents about us. He just straight away rejected the idea and said we were not compatible with each other.

He said he did not want to marry me. But I couldn’t understand one thing. He finalized his marriage with a girl who belonged to his caste in no time. He accepted her proposal and started communicating with her in my presence. I was so heartbroken when he did this.

He kept talking about compatibility but it took him no time to decide to marry a girl he hadn’t even met.

It’s been several months now. I still feel hurt and sad. The pain is intense. I feel drained and I have no faith left to love someone else now.

He tries to convince me that he loves me but he can’t marry me. But how can I make peace with a person who is the reason for my sadness? He has crippled my life to such an extent that I find it difficult to stand up and move on.

Never trust anyone blindly. They may pretend to understand your pain. But some people are just opportunists who take advantage of your broken heart and break it even more.

Sometimes in life, the lines are clearly drawn. We know we have done nothing wrong. So let’s not befriend pain. Let us learn to park the negativity on the shoulders of people who inflicted pain on us. Let’s work on keeping our souls pure.  Let’s not harbour any ill will for them either. Let’s just set them free from our lives. Let’s share this story and be open to love. Life becomes worth living only when there is love in it.

STOLEN DIARIES
HOW'S THE JOSH
YOUR STORY
BAKKAR. CHAI. SUTTA
LIFE IN THE TIMES OF CORONA
LET'S FACE IT