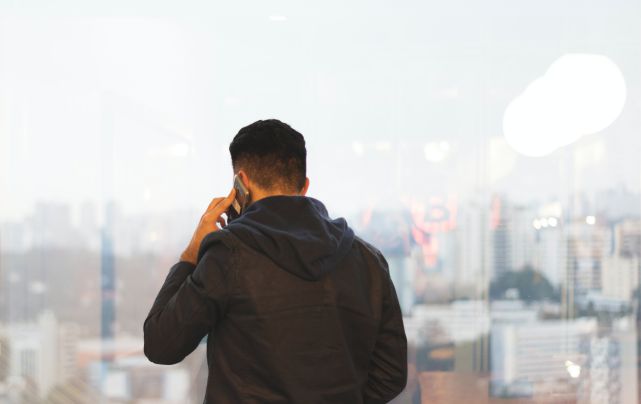 I am a typical reserved person—limited friends. Never had a girlfriend or took advantage even when I had a chance, just waiting for the right girl. I wanted to have a perfect life, I dreamt of a different life than the one I saw growing up. Finally, it happened when she entered into my life. I just couldn't stop myself.

This started in 2015 when she came to my house. She was my sister's friend. Then I started to get close to her like usually everyone does- chatting, calls, dropping her to college, and picking up. I was scared of rejection because I was completely in love with her. Finally, I proposed to her she said yes after three months.

Now, the real story started. We were completely into each other. Eventually, she became an important part of my life. I started to change my life. I quit drinking, avoided friends she didn't like me to hang out with, no more night drives, and was always home by 10. I never missed her calls or messages, no matter where I was or in which situation. I even stopped going to movies if she couldn't make it. Eventually, my friends stopped calling me. I wouldn't even make it to family events if I had plans with her. I couldn't stay away from her for more than three days. I have given her more priority than anything else in my life. She even did the same for me; she took every chance to meet me. She even created a fake job in a fake startup company for three months in another city and stayed in our house. We were that into each other. We never fought. Even if we did, that last only for hours, not more than that.

So we decided to convince their parents about our marriage. We could have eloped. They wouldn't even believe that I could do such a thing. For that, I was introduced in their family as a friend's brother, and we created situations so that they could get acquainted with me. They did like me; the way they responded to me was great.

Even with all this happening, I had a feeling somewhere deep inside that no matter how much I love her, care for her, sacrifice, compromise, no matter whatever I do, she eventually leave me. I even used to cry, holding her tight when I had that feeling. Don't know why, maybe because she is not that good at expressing her feelings. Either way, she did give me confidence and assurance that she is mine forever. So we decided to fight for our marriage no matter how it turns out.

So one fine day she talked to her cousin, and with his help, we planned a way to talk to the parents. But it ended our relationship instead. After that, like any other story, they took her phone, and she was sent to her relatives' place. My parents went to talk to her parents, but they were not ready to talk to us. I believed that she would stay strong and fight this out but she called me in a few days to break up with me. I wasn't sure if all that was even real.

Three months later, I managed to get her friend to make us talk to each other but even that didn't work out as planned. But that was the last time we could communicate. And the last thing she told me was that it was over between us, truly. I didn't recognize the person talking to me. She wasn't the same. I was too shocked to respond.

She got her freedom back little by little. She had her phone again, with a new phone number. I thought maybe she would come back and would stop acting out of pressure from her parents. But she had changed for good. After that, she got her phone back, a new number, back to all social networks. I thought she said all that because of some pressure from there parents, but she did change. It took her three months to move on from a three-year-long relationship.

I thought of exposing our relationship to all their relatives and friends so she can come back to me, but I didn't.

She got married now to a businessman in Canada, just like the way she dreamt about her life to be before me. So why me then, what am I to her, were those three years just timepass, or for real? I just can't think straight.

Does having sex with only one person all your life not matter any more? How can people change their heart just like that? These are the tricky questions I keep on asking myself. I don't know what to do.