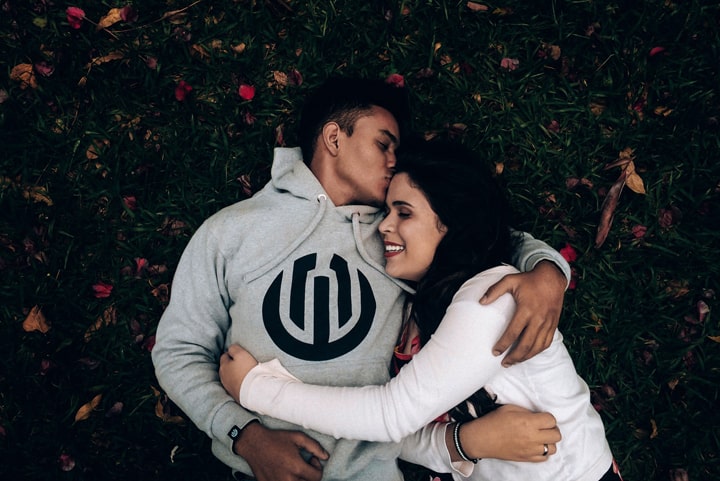 Life doesn't always serve you everything on a silver platter. You need to earn and deserve what you desire. One of the things everyone desires for is a wonderful life partner. Some are lucky enough to find ‘The One’ at a young age; the others have to kiss a lot of frogs to find their Prince (Princess in my case). Like most teenage guys, I waited earnestly to come across the girl of my dreams. I probably may not have realized it early on, but I've always been in love with a senior from my school.

What you could call a childhood crush turned into full-fledged love as time passed by. She had a heavenly smile. I can confess that she was the only other woman I found to be as beautiful and gracious as my mother.

She was beautiful from the inside. Admiring her flawless existence would often leave me short of words. While everyone tried to waive this off as infatuation, she grabbed my attention like none. The simplest of things she did were captivating.

She tucked her hair behind her ears and smiled, while she walked past me. I'm not a shy person, but she would give me cold feet anyway.

I was too nervous and we talked very little. There was limited scope to express or impress. By the time I started preparing for my boards, she had left my school. I yearned to see her again.  Somehow I had enough sense left to complete my boards and join a college. I was growing older. It was still her in my mind. I've also tried flirting with other women but it never resulted in that spark I always felt for her.

I attended the annual alumni meet at my school with an expectation to meet her. But she didn't show up. I then resorted to social networking websites and I finally found her. She accepted my friend request immediately.

It had been a long time, and I felt she might wonder if I'm a stalker. The conversations slowly began as I mustered up enough courage to message her. Most of these were lame chats but all I needed was to spend time with her. I wanted to take things ahead and I asked for her phone number. She politely refused and said I could continue messaging her through the website. After a few days, she asked for my number on her own. I was overjoyed. As we got to know each other, she became a part of the highs and lows of my life.

Though none of us actually proposed, we did behave like lovers. I hadn’t met her even once after the exchange of messages. But I was more than happy to be a part of her life in every way possible.

She would share her day's events, her thoughts. I was asked for opinions on her important life decisions, which made me feel special. We finally met when she said she was going out with her parents and I could come to see her if I wanted. It wasn't exactly a date. But something is better than nothing. It was a very Bollywood-styled date, with us trying not to get caught glancing at each other. The only thing missing was probably an A.R. Rahman song playing in the background.

A lot of stolen looks, brief texts and skipped heartbeats later, she left.

She was still afresh in my mind though, in her red top and black jeans, so simple yet so elegant. My college was strict and would not allow students to be out beyond certain hours. That made having dinner dates impossible. But she came to my college and spoke to the Principal and managed to convince him to let me out. We went for a movie and lunch. I took her on a bike ride.

What Einstein said to describe the Theory of Relativity seemed right.  "Put your hand on a hot stove for a minute, and it seems like an hour. Sit with a pretty girl for an hour, and it seems like a minute." Though I wanted to kiss her, the lack of privacy never gave us a chance. She did hug me later in the parking lot, and I wished for time to stop at that moment.

Our relationship grew stronger, in spite of many being jealous of us. But as they say, all good things must come to an end. She joined a medical college in a different city. It was now a long-distance relationship. For all of you who have been in one, you would agree that physical presence, intimacy, and talking face to face leaves less room for misunderstandings and fights to arise. I tried to compromise every time and make it work. But I could feel her feelings and interest fading.

Distance can change people and make them look for someone to fill that void.

We finally broke-up, even after I went to meet her and make things right. Ironically, it happened on Valentine's Day, which is also my birthday. People change like seasons, but memories don't. My story may sound like a typical, failed teenage romance, but my feelings for her never stop haunting me.

She was the best I could ask for. She didn't happen by chance, she was my choice. And she was more valuable than anything. I will always love her. Minutes, hours, days, weeks, months, and years may pass. She may be a different person now, but the person I fell in love with will always be a memory I'll cherish forever.