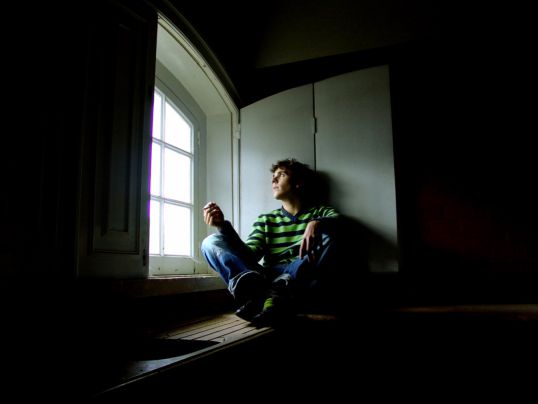 Everything was going well. The days were as beautiful as the verses of the God. There was a better conversation and a mutual understanding between the two beautiful souls. Whenever the two met, they had long discussions with each other. Both were living with this hope to live forever and ever.

Everyday they were making plans for their future. Each day they were beaming and smiling, cracking jokes or sometimes quarreling but usually each quarrel ended with a long kiss and a lovable hug.

But you can never know what lies ahead if you. So, same was the case with this short, tragic and a real love story, God had other plans for them.

There came a moment in my life where I was mentally frustrated and exhausted. Nothing was going well and so I left someone for sometime till I could get back in my life because each day I was unable to handle and control my words against her. I wanted to treat her right and I was unable to do that.

On one hand I was very hopeful about my life, my future dreams and a life that I was going to spend with her but on the other hand, I had lost all hopes about my dreams ever coming true. My attitude made her feel insecure and so I thought it was best to give it a rest.

I did not want her to suffer because of my issues. As someone has said, there's always light after a dark tunnel, things seemed to be getting better. She was always a part of me and I wanted to get her back.

I sent her a message but she never responded. I made several attempts to get her back but all in vain.

Suddenly, after sometime, I received a call from an unknown number - unfortunately, it was not her voice but a voice of her friend. I asked her friend to tell her I didn’t leave her because I didn’t love her but because I didn’t want to hurt her. When she received the message she understood but could not believe my words. I left her when she needed me.

How will I ever be able to convince her that she is my one true love? Finally, we spoke for sometime. I wanted to tell her everything; everything I have been through and how she has always been with me but before I could say anything, she told me she is engaged. She said I am too late.

I congratulated her and left. I still don’t know who to blame but I would end this with, "Sanam Ko bura Kahu toh woh royenge , Rab ko kahu toh woh rulayegaa."