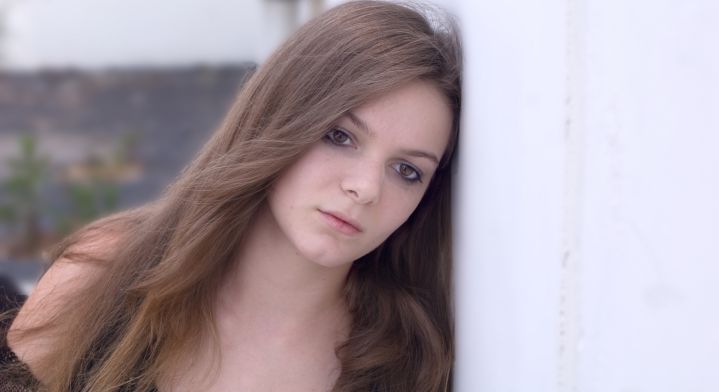 Every girl has the right to fall in love but with the right guy. Though no one is perfect, he should not be the wrong one either.

Ananya (name changed) was an innocent and studious girl. She did extraordinarily well in academics as well as co-curricular activities. She had a clear vision for her life. Everything was going as planned until Nikhil (name changed) walked in and fell in love with her.

Their perfect relationship set an example for everyone around them.

They'd been together for more than a year when Nikhil decided that he wanted to get rid of her. He was frustrated with Ananya and came up with several excuses to break up with her. He blamed her for everything that was going wrong in his life. They fought for a while and finally, he broke up.

The following months were a nightmare for both of them. They ignored each other, tried to escape their feelings and did every possible thing to stay away from each other. Nothing could comfort their aching hearts.

The two broken hearts wanted to complete each other again.

Gradually, they got back together and found their happiness again. They believed that their union was meant to be forever.

They took new vows and promised that come what may, they would never leave each other.

But it didn’t take long for Nikhil to break his promise. He made life hell for Ananya. Her career was at stake. Moreover, she discovered that she was suffering from a deadly disease, which could prove fatal. Despite her medical condition, she tried to stay strong.

She needed Nikhil’s support and love. She was determined to save their relationship but Nikhil did not care. He left no opportunity to insult her.

Even after being physically tortured, mentally abused and publicly insulted, she tried to convince him to stay with her.

His ego and attitude refused. He left her in pain because he wanted to be single. When she asked him why had he come back if he didn’t want to be in a relationship, his answer was, "Revenge!"

He never considered her a priority. His friends, parties, and smoking were his life.

Ananya was just a toy that he wanted for fun.

She had warned him that she wouldn’t be able to handle a break up again. Nikhil was indifferent. Ananya went into depression yet he didn't bother to check on her. This shattered her heart.

One day, Nikhil and his friend asked Ananya to meet them and sort out everything. Her best friend warned her that this meeting would only cause her pain because she knew that Nikhil wouldn’t change his decision. But Ananya's hope convinced her friend and she agreed to accompany her.

Ananya was too innocent to understand that Nikhil's intentions. He called her just because he wanted her to take a pregnancy test and ensure that he wouldn’t get into any trouble in the future after their final breakup.

The guy she loved with all her heart humiliated her in front of his friend and her best friend too.

Though he made her go through it all, he blamed her for everything that was going wrong in his life. Ananya was losing her strength.

When she couldn’t take it anymore, she made up her mind to end her life.

She called Nikhil to speak to him for the last time. He threatened Ananya that he would involve the police and her parents would have to pay for her decision. She did not want her parents to suffer and decided to take a step back.

But Nikhil continued to harass Ananya. He spread rumours about Ananya to all her friends.

He disclosed all the personal details of their pure relationship.

This hurt her the most, more than his fake promises because a girl's reputation is precious. Ultimately, she parted ways with him.

However, somewhere, Ananya still hopes that Nikhil will change and will steal her broken heart once again to complete it! On the other hand, Nikhil wants to forget her like a bad memory, and never look back.

He hates her while she still loves him.

Share this story for all the broken hearts who live in the hope of love.