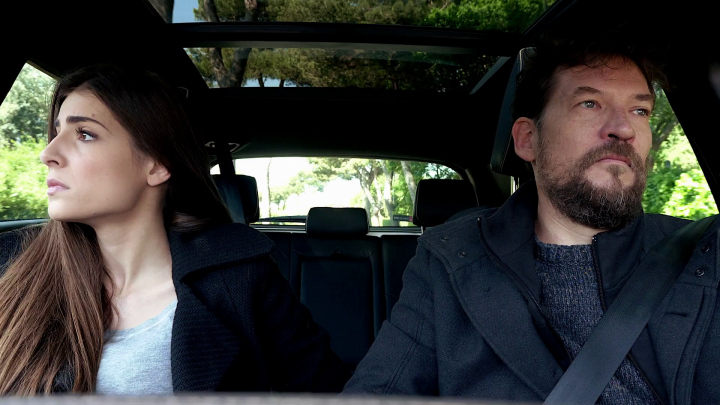 My name is Ankit. I was an undergraduate at DU and I was in my second year then. In December 2014, I went back to Meerut, my hometown.

I was bored because I had just finished my exams and I had nothing to do. So I asked a friend if he could introduce me to someone whom I could talk to and be friends with.

He thought it was funny and laughed, but he still gave me a phone number. I wasn't serious at all but I only wanted to talk normally.

I sent her a message, and it turned out that she was from another country. She asked me who I was.

I told her the truth about myself and let her know who I got her number from. I told her not to worry because I just wanted to be friends. She agreed to continue talking to me.

We became good friends. In fact, we would miss each other if we didn't speak for a few days. We had been talking to each other for 2 months when I realized that I may have grown feelings for her.

We were video-calling on Skype when I first proposed to her. And all the while, she was waiting for the moment to hear me admit that I loved her. But at that time, she didn't respond to my proposal. She hung up immediately. When I called her back, she didn't pick up.

The next day, she sent me a message saying that she loved me too, but it wouldn't work out since we were so far away from each other. She said it would be impossible for us to meet and no love would survive without the two of us meeting.

She may have been right. I was only a student and I didn't have the money to buy tickets and get a visa processed to meet her. But there was a small window of hope.

She wanted to travel in India and got her parents' permission to make a trip the following April. Her travel was planned for 10 days.

I went to the airport at 3 am just to pick her up and I sorted out her hotel in Delhi. She stayed for 10 days, we had the time of our lives, and it was time for her to return. Before she left, she was so sad that she cried a lot. I also missed her. She said that it would be our first and last meeting, and there was no opportunity for us to meet again.

When she returned to her country, she decided that she wanted to meet me again but the visa was a problem. I looked high and low through job postings to see if she could work something out in India. Then we decided to get her a student visa and see how she could study here.

I found an institute in Hyderabad, I paid them some money and they approved a visa for her. Somehow, the official at the embassy came to know about our story and began teasing her. He asked her to be his girlfriend so he could issue her visa. She didn't ask for my help, but she agreed to his proposal, just to get her visa. After all, she wanted to see me.

When she arrived, she was a changed person. She was very different from the girl she used to be. She was always talking to someone on the phone- it was the visa guy and she had agreed to be his girlfriend.

We began fighting a lot because of it. It was almost like waging a war. Whenever I asked her anything about him, she would keep me in the dark. She claimed that she didn't want to hurt me. I used to become really sad and heartbroken because of this.

One day, I caught her sending a nude to him. I lost all hope and love at that very moment. I had loved her more than anything and I had always respected her. She thought she had no choice but to comply because that guy used to taunt her and threaten to jeopardise her visa.

I got to know about it only later, but I broke up with her anyway. However, she was all alone in India. It felt like my duty to help her. I knew what she had done was foolish but I helped her look for a job so that she could survive. But she had lost me forever.

Share this story if you believe that even if relationships meet an unfortunate end, people's lives always change unexpectedly and often for the best.