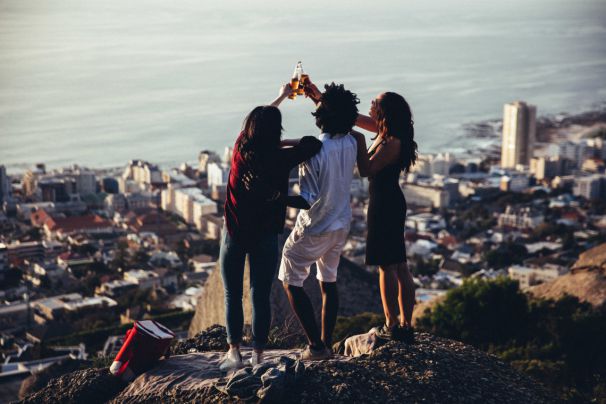 We all have heard stories of heartbreaks in romantic relationships, my story will be all about heartbreak in friendship.

It started with my very dear male friend and brother. I am very reluctant to the idea of any attachments or friendship, but he became a good friend and I always regarded him as a brother. I was the girl who cherished his love, protection and care for me. I never had a brother, and with time I became very fond of him as if we were siblings.

I felt extremely vulnerable at the thought of being left alone without him. He was my constant companion, he always tried to understand me. But things turned sour with time.

He reached a marriageable age and he wanted to get married. I too was praying for him. I wanted him to get the best of the world. He was involved with many girls at that time but nothing reached to marriage.

I had a friend of mine who was very close to me. Nobody liked her but I was trying to be good with her. She had only one friend and that was me. I completely understood her need of being with me. I thought she loved me. I thought that she was really caring. She took care of my lunch, clothes, shopping, like everything.

They both planned birthday surprises for me. But on my birthday party, I realised something was going on with these guys. The girl confided in me that they were having chats and a kind of fling. I was cool with it.

Things got serious and they were officially dating. But in all this, I became the third wheel. From being the most important friend, I was now a spare friend who was needed in the frame to make sure no one doubts their romantic pursuits.

They made many plans and did many things without my knowledge. I know I should have understood it at that time. I should have given the space to them as a couple. I was so involved with them that could not see it coming.

After being lied to many times, I finally burst out one day. I asked them if they wanted some space. And they turned everything on me. They said I was being unreasonable. I was being too possessive and jealous.

Those words literally pierced my heart. I feared to lose their company and hence I continued being their friend with no control over anything. But now they started blaming me for everything bad happening to them.

The girl had an ex-boyfriend who wished me on my birthday and I had two small conversations with him. This whole matter was completely known to the girl. One day, my brother asked me if I was in contact with him and I said yes. He started blaming me for being a hypocrite. He said that I am trying to break their relationship by provoking the ex-boyfriend to come back.

I asked the girl to clear the air but she didn't do anything. I understood that she wanted me to be sidelined. As long as she wanted to be close to my brother, she used me as a ladder. Now she has got him and I was no longer needed.

I tried to think about the good times we had spent. I tried to stay with them because I feared loneliness. Now I was their slave, I had no importance. They treated me like they were favouring me by keeping me in their friend circle. I was devastated. My loving friends were lost and the only people I could see were vultures.

Now, I was really pissed off and I wanted things in its right place but I didn't know what to do. If I kept calm on their wrong deeds and behaviour towards me, they would try to overpower me more. If I retaliated, they would turn the tables by blaming me for things I have not done. I was trapped.

One day, I was sitting with them and I said something in a sarcastic tone. The guy whom I regarded as my brother lost his mind and started hurling abuses at me. I thought the girl would try to calm him down and ask him to apologise for his inappropriate behaviour towards me.

In the evening, the guy who used to be my brother blocked me from every social media account. I cried in front of my family. My parents and siblings whom I had put back to stand with these guys were the only people who showed me I was worthy of love.

I was mistreated and I deserve respect. This incident made my heart a rock. I decided to break all ties with the guy. He was no longer my brother. I don't call him brother even now.

The girl to whom I was a friend was no longer interested in me. I was useless to her. She too distanced herself from me. But they could not accept the fact that their slave decided to leave them. Their ego was rubbed.

They started spreading bad things about me. Everyone who was talking to me at that time was approached by them. They said many shallow things in my name. They even character assassinated me by saying I was in love with the guy I called my brother.

I immediately cut them off from my life. It has been 3 years now. I don't trust people that easily now. I have learnt a lesson that I will never forget.

After this incident, I got a great girl gang. We have a lot of fun together. I have told them about my past experience and they have never judged me for that. They always took my side whenever I needed them.

Well, my frenemies are still approaching people with some bad things about me, and the people who are intelligent enough to see their real face do not give an ear to them.

Share this story because the people who really care about you don't treat you like a third wheel.

LET'S FACE IT
The Golden Bird
LIFE IN THE TIMES OF CORONA
STOLEN DIARIES
YOUR STORY
BAKKAR. CHAI. SUTTA