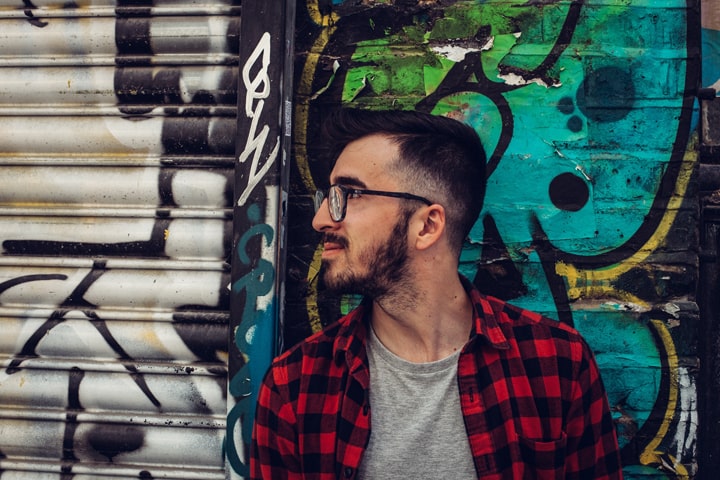 I was in school when I met this girl for the first time. No, it was nothing like ‘love at first sight.’ We started off as good friends like all other school boys and girls. In time we went on to become good friends. We were still in our 9th standard but invariably we would end up spending all our time together.

We did not have any idea about concepts like ‘love’ at that time. We did not know anything about the values that were involved in making a relationship work.

So quite obviously we broke up soon after our 10th standard exams. It was not easy to move on after the breakup but things were not completely over between us either. I got a call from her when I was in my first year of college. We spent some time together and discussed all that had happened to us in the past couple of years.

We both felt the spark in our relationship. We realized that we really got along very well. We then decided to forget all the terrible things that we had done to each other from our hearts and minds. Both of us wanted to give our relationship another shot.

I felt happy and ecstatic when I was with her. I felt she complemented me perfectly.

All our friends envied the beautiful chemistry that we shared. They said that we were an ‘ideal couple’ and were ‘made for each other’. We had a wonderful time together.

She was really adorable, sensible and caring.

I can never forget the days when we roamed around the city, went out for movies, ate at noisy fast food joints and watched the sun go down as we sat by the Ganga.

Of course, there were bitter moments. We did have ugly fights and baseless quarrels. But we would always sort out everything at the end of the day every day.

She was so deeply in love with me that she would never let go of my hand. I loved the way she made funny faces all the time. I loved cuddling her. I loved the times when we cried together. We spent cosy nights under the skies and were very possessive about each other. Everything was so perfect.

I felt that she was the ‘ONE’ for me and I never wanted her to change.

Things started changing after I completed my graduation. We now shared a long distance relationship which was affecting us adversely. I felt we could sort it out by discussing things but things changed again when she became busy with her job after she graduated.

Somehow I sensed a tone of irritation in her voice now. She would become cranky and would disconnect my calls midway through our conversation. I was not okay with any of this.

I knew my life would fall apart without her in it. All these challenges started affecting my work. I lost all my enthusiasm. I felt like a stranded man in a desert who was looking for an oasis. I was desperate to get her back into my life. I visited the city that she now lived in. I waited for hours outside her office but she would not answer even a single call of mine. She then called me up the next day and said, “This isn’t working. Please don’t try to contact me.”

I was shattered. I was alone and I had no one to share my feelings with. I vented out my frustration by smoking through a pack of cigarettes.

Initially, I thought that she was lying to me because she wanted to avoid me. But later a common friend told me that she had moved on with another guy from her workplace.

I finally decided that I would not call her again. I knew I had to take care of this situation by myself. I spent sleepless nights. The flashbacks from the past never stopped traumatizing me. But I held on. I dealt with life wearing my best smile on my face.

People would often ask me what had actually happened between us. And all I said was, “Things didn’t work out. Maybe it was not meant to happen.”

Two years went by. I had quit my job and had started preparing for my masters. I thought this would give me a new reason to live. My parents had always been supportive. They never asked me anything even when they sensed that I wasn’t my usual self.

But true love has a habit of coming back. I was just browsing through anonymous quotes like I usually did in my free time when I got a call from her.

It was really awkward for me but I decided to pick up the phone and talk with her. I thought that maybe all that I had experienced was destined to happen and it was time for me to move on with my life. She asked me out for coffee. We sat and talked with each other for such a long time.

It was at this time that I realized that I did not hold any grudges against her. For the first time, I felt happy for myself.

Later on that weekend, she invited me over to her place for brunch. We cracked jokes and laughed riotously. I came to know that she had broken up with the guy that she had been going out with. She said that he was not a guy who was worthy of her trust. She then hugged me and said that I was the only person she trusted.

She kissed me and suddenly it felt as if I had travelled back in time.

We made love but the next morning I felt guilty about it. But at the same time, I could not deny the fact that I had not been faking my feelings for her. She said, “I love you.”But I insisted that we think about our relationship carefully again. I did not want us to repeat the same mistake. We discussed it again and again and she said that it was nothing to be ashamed of.

Two weeks later, I continued to ask myself – ‘Was this meant to be?' ‘Had I never got over her?' So many such questions haunted me but I never got any answers to my questions.

We met often for coffee but we couldn’t give the relationship that we were experiencing now - a proper name. A few days later, she chanced upon her ex-boyfriend again. Obviously, she was quite uneasy to see him hanging out with some other girl.

We discussed this and believed that time would heal everything. But I noticed something very strange in her approach. She seemed to be talking to me differently now. She was still in touch with her ex because she wanted to know why he had betrayed her. One day I was inquisitive about what was really going on in her heart and mind.

She finally told me honestly that she was thinking about giving him a chance again.

The first thought that impulsively came to my mind was, ‘What about all that was going on between us?’ ‘Had it all been fake?’

When I asked her these questions she just said "I don’t know!"

Things between us are very messy now. I don't have any close friends with whom I can share my feelings. I don't expect a sensible reply from her either. I hate myself more and more with every passing day.

The bottom line of my story is totally clear. I feel like a jerk and a hopeless fool. I can think of many other words that aptly define me. But the question that continues to haunt me is, ‘Was this all fake? Had it been fake since the very beginning? Had she ever loved me?’

HOW'S THE JOSH
BAKKAR. CHAI. SUTTA
LET'S FACE IT
LIFE IN THE TIMES OF CORONA
YOUR STORY
LIFE IS TOUGH