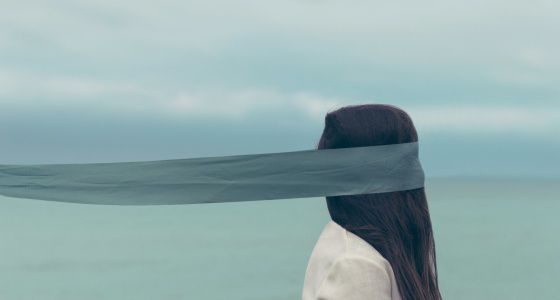 The most beautiful thing in our life is love and it has the power to change any person but like all other fairy tales, love came to Ananya in the form of destruction. An 18 year old girl, studying in one of the well-known colleges in Mumbai, was leading a smooth life as she'd always hoped for. She had always dreamt of her life as a fairy tale. She literally studied so many romance novels and made a dream world around herself.

These novels made her want to marry a prince because why not. But she had forgotten that life is all about facing harsh realities and she faced reality after he took admission in her college.

She had completed her schooling and now she was in college where everyone had an Audi or other luxury cars but she was forgetting the background she came from. She had taken her admission as a scholar, not through any donations. So she started to mingle with girls who came from rich families. It wasn't too bad. But if it affects someone's life then?

The same thing happened to Ananya when she started showing off her friends as girls who sleep on beds wrapped in money. Slowly she forgot all about her ambitions, the dreams she'd come to Mumbai with. She lost her father a couple of years ago and now she is here to fulfill her mother's dreams.

The time of her destruction truly began when she met Rahul, her classmate who was carefree. He had no ambitions, an attitude that almost every billionaire's son has. Their first meeting was quite strange.

When Rahul proposed to her and she rejected him, it became a matter of prestige. He was the heart throb of every single girl in college after all.

She rejected him because she could not tolerate him. So, he started ignoring her to grab her attention. Suddenly she felt she had been too rude with him and wanted to apologize for that. Slowly, they came closer as youngsters of our age get attracted. The same happened with Rahul and Ananya. Soon they came closer.

As Ananya came from a middle class family, she first hesitated to go all the way and told Rahul to plan their future. On the other hand, Rahul was enjoying his adulthood for whom love and relationship were just jokes. Then came the day finally when she looked gorgeous in a red saree, which was gifted to her by Rahul and he said, "Wow Anu, you are looking so good that I'm short of words, oh your perfect waist!" And Ananya shyly said, "Stop it!" and they came closer and closer.

She said, "Hold me tightly Rahul so that I can't find an escape from these arms." It was the perfect night. Rahul was too hard on her but she thought love was all about accepting your partner's needs.

She was wrong because she was actually just a toy for Rahul to fulfill his needs.

After waking up early she was shocked when she opened her eyes only to find that Rahul was gone. Many times she tried to contact him and only once he replied saying, "It's all over, I'm done with you." She was supposed to ask him why but he cut her phone.

She did everything to make herself look ugly but then a person came to her life like an angel, who changed her life and turned it into a fairy tale. Apurv, a boy from a well-to-do family accepted her and her child.

Now it has been 5 years to their marriage and they are proud parents of a cute little daughter. One decorated her life like a flower, another gave her thorns. If love can decorate one's life, it can also ruin one's life.