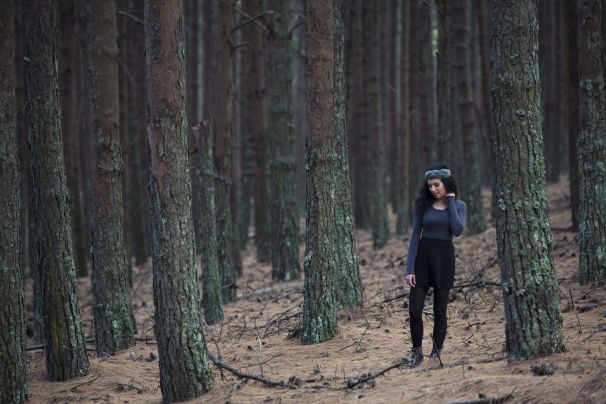 Her hope keeps her going, moving forward, having faith that one or the other day everything will come together and fall into places. However, it didn't happen the way she was dreaming.

It was 13th of July, she was on the way to her office. She was trying to contact him for a while but nothing was working out. She finally thought of having a talk with her mutual friend and she asked just to know what's happening on the other end. She asked about him just for the sake or to start the conversation so that she could give her mutual friend, say B, give some faith that she was strong and ready for any answer.

She was not. She, with all her heart, was only praying everyday to finally have a happy ending. But as it's said, life is not fair. It was not a fairy tale even though she was dreaming of one.

All of a sudden she asked B, "His engagement got fixed? How is he?" 13th stands for bad luck people says but she never believed it, until she had to.

Her friend said, "Yes, he is perfectly fine! and probably his engagement will be set for this year end."

All of a sudden she went numb. She could not think of what to do whether to smile or cry, with all the courage she said, "Okay, let me congratulate him. I am happy for him as it finally happened." And then she could not control her tears. She is a girl who never cried in front of anyone. That day she was all down, she cried her heart out. She didn't care about who was there but she cried all the way to office in the cab. She walked towards the office with a fake smile, just then her colleagues caught up with her.

They kept asking what had happened and all she could say was: "I am not well, got a flu."

Little did they know, all of a sudden, her world, her belief, her heart, were broken and shattered into pieces. All she could do was sit in front of the system and work. As she had some goals she had set for herself, she needed to work on that. All of a sudden she became hopeless and unsure of what to do next.

She gathered all her strength, she avoided all the calls, dropping a message saying "Busy" to all the dear ones. She sat in the corner seat alone. On the way back to her place, she flashed out those tissue papers she was carrying with her all day long. She pushed herself and her broken heart so far that it won't come back and feel for anyone again.

She spoke with herself in silence, "This is it". This is the end of her love phase. That none else will ever be able to see her, being genuinely concerned, her love, care and emotional attachment.

And her heart was automatically detached from her body, she could feel it going away. She dropped a message to her family saying, "I am fine!"

People say love can happen twice, it can touch you twice and the second love is the real one and it lasts. I say if you are not meant for it, no matter how many times you try, you won't get lucky enough to become the love of someone's life.