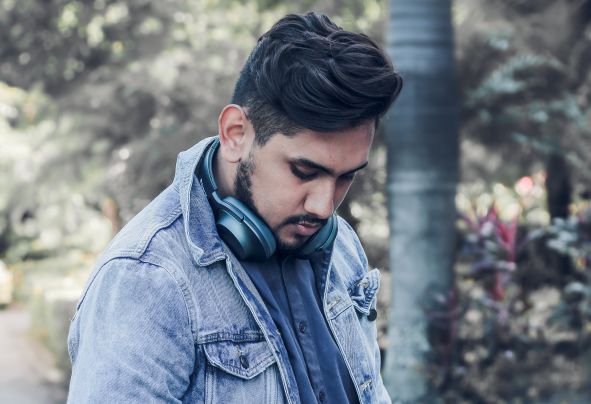 It started when I was 17 and she was 15. We met at a wedding and it was love at first sight for both of us. We exchanged numbers and soon started talking to each other, all day long and even late into the night. Everything went great until she turned 21.

Then, her family started looking for a groom for her. I did not have a good job by then and couldn't get married before my elder siblings did. Citing these reasons, I asked her to wait for me. But her family kept building pressure on her by inviting some prospective boy and his family over, every alternate day.

Then, on 21st April, 2008, her elder sister's brother-in-law proposed to her. He had proposed to her a few months back too, but back then she had refused him because she was in a relationship with me. Now, however, things had changed. So when he proposed to her again, she called me...

"Umesh still wants to marry me and he has good job too...", she started saying.

"It doesn't matter what he wants, what matters is what you want", I replied.

"You're right. I think I should marry him." As soon as she spoke these words, the world slipped away from under my feet. I felt as if someone had shot me dead. Then, a few minutes of complete silence later I told her not to call or text me ever again, and kept the phone down.

I changed my city and did everything I could do to forget her. Three months later, she called me and apologized for everything she had said but now I only wanted to move forward in my life. So, I stopped picking her calls or replying to her texts, altogether. Then, in February 2011, she approached Lucky, the guy who had sometimes played the role of mediator between us. He called me to help sort out the issues between us but I strictly asked him not to call me regarding her.

She kept trying to get Lucky to call and convince me, but all her attempts failed. Instead, as days passed on, Lucky - while supporting her emotionally - fell in love with her and proposed to her. Of course she denied his proposal, not just because she loved me but also because he was four years younger to her. But eventually Lucky managed to convince her by saying that he knew everything about her past and still didn't have any problem with it.

He told her that he didn't have any problem if she needed time to forget me, he even offered to let her stay friends with me after marriage. In the end, he asked her why she was still waiting for me when I didn't even want to talk to her.

With these arguments, he begged her to marry him and eventually with her family too pressurizing her to get married to someone or the other, she finally consented.

On 18th November, she got married to Lucky. It was a simple wedding that took place inside a temple. I heard about it from my friends and was shocked to learn that she had married Lucky of all people. I couldn't believe that only a few days earlier she had been trying to talk to me and now she had married Lucky, the guy who knew everything about us and used to call me Bhaiya. I didn't understand anything and felt so mad at her that I abused her and categorized her as a characterless woman. I started hating her.

Once again, I tried to move on in life and shifted to Delhi for a better job

After two months of her marriage I came to know that she was often beaten brutally by her husband. Apparently, her husband felt guilt about marrying a girl who had been in a relationship with almost 8 - 10 with another man. Her married life was hell and she did not even have any family support.

I felt bad at hearing all this but I was helpless in this situation. Also, somewhere, I felt she deserved it all, as she had chosen this life for herself.

On 8th August, 2012, she gave birth to a baby girl. For some reason, I wasn't happy to hear this. Even though I had become extremely busy in my professional life, she was still a part of my memories and I wasn't able to forget her completely. But, I had moved on.

I was busy doing something when I saw her standing in front of me. She looked just as beautiful as before, as always. I had a strong urge to talk to her and I suddenly wanted answers to many questions.

But she was with her in-laws and so she ignored me. And yet, I could see the same love in her eyes for me. After that day, I started looking for her number. A few days later, I succeeded. When I called her, she picked up the phone, heard my voice and without speaking anything just cut the call.

Almost a year later, I got a call from her.  We had a long discussion where she told me everything - what had happened and what was going on in her life now. All my questions were answered and by the end of it we both had tears in our eyes.

Now, time has turned around and I am under family pressure to get married. I am facing all the situations that she once faced. I asked her to come to me.

I was ready to marry her, I was read to fight for her. It didn't matter to me that she was now a mother of a little girl.

But she told me it was too late. She said she had ruined her life and was now living only for the sake of her child. She confessed that she still loved me a lot, that she was mine, she is mine and she will continue being mine till her last breath. She said she didn't care what her husband thought, because for him she was just an object to wash his clothes, prepare his food and fulfill his sexual desires.

I just told her, "I will wait for you" and even today, I am waiting for her.

HOW'S THE JOSH
LET'S FACE IT
BAKKAR. CHAI. SUTTA
POEM
YOUR STORY
LIFE IN THE TIMES OF CORONA