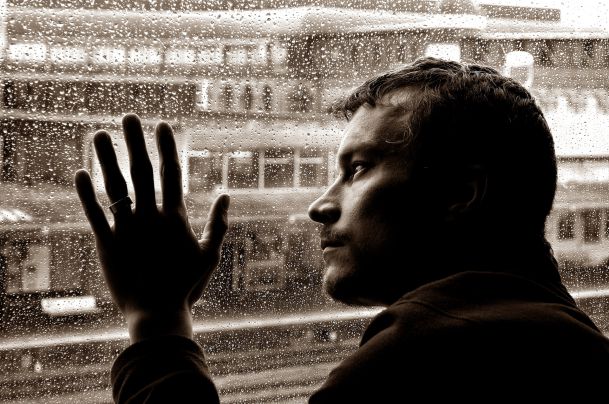 Today I’m writing this because I think this may be the only place where she can read how I truly feel. Let me introduce myself. I’m a 21-year-old guy from Hyderabad. Like most of you people, my story also started in my engineering days. I’m head over heels in love with a very close friend of mine Sreenidhi (name’s changed). I was an introvert during my initial days of engineering with a carefree attitude. I never cared about what others thought.

I was a happy soul, satisfied with being single, fortunate to have everything that I wanted in my life.

But life always takes the unpredictable route. Thanks to Techfest work, I had to talk to Sreenidhi. Undoubtedly, she is the most kind and beautiful girl I had ever seen. She was always there to help me in academics, to write assignments, and it’s because of her I’m not an introvert now. But the sad part of the story comes here. Whenever you want to convert a healthy friendship to a relationship, be careful or else you might lose your best friend and this could be deadly. And the same happened to me. Proposing her so early was my biggest mistake.

She had rejected me, but I was lucky not to lose her friendship at that time. I’ve always wanted her to be happy.

For every word I speak to her, I had started to cross check, will it in any way hurt her? I wanted to be with her at least till she got successful in her career. By God’s grace, I was able to land my dream job. I also wanted her to achieve the same so that she would remain at high standards in terms of society. I gave her what all I could give her to succeed in that exam. I was with her in her tough times, but sadly she had other friends too, making my efforts go in vain and unnoticed.

I started changing myself in the hope that Sreenidhi would understand me someday. But destiny had other plans.

One small mistake and people forget who you are. And the mistake came in the form of Hyderabad’s traffic. I made a promise to pick her from her house and drop her at the SBI PO Examination centre. Though that exam was not that important according to me, as it was not the core job, I had respected her will to attempt it. But being stuck in traffic, I couldn’t make it in time, and my life had changed drastically over this issue. She has stopped talking to me. I was blocked on almost all the social media platforms. Yes, it was my mistake and I had to get the punishment. But, the results of the core job which I wanted her to achieve released and she was there on the list. She had achieved what her family and I wanted from her. I wanted to see the smile on her face but I couldn’t as she wouldn’t talk to me. It’s been 10 days and a part of my soul died.

Every night, I’ve thought about her and every night I wonder, was I not even worth a thought? At least for the sake of our friendship? Did I really deserve this? Lyrics started making sense, making it impossible to listen to any kind of music. Movies became the worst nightmare as they had stories that resemble our life. The reality of losing my sense of humour and wearing a fake smile actually kills me. But the biggest thing is the loss of trust in myself. If she may be reading this, this is what I have to say to her: I know that I’m not perfect, but it took nothing more than a blink of an eye for all that I did for you to vanish? It wasn’t always this bad between us, I know you remember this. I still remember your face, when I saw it for the first time. Sometimes I feel like it was only just yesterday.

No matter what I’ve been through all along, you should know that I still love you, with my heart and soul.

Nothing has or will stop me from loving you. I never knew that I would meet someone who would matter to me like this. That a simple memory of theirs would become such a close companion to my thoughts. You aren’t just someone I love, you were my best friend, the best version of me, my destination. But today, we’re only strangers. And deep in my heart, I know that day will never come when instead of being filled with regrets and your memories, I’ll look ahead and move on. I gave you the best of me, but unfortunately, it wasn’t enough. You’re the first thought I have when I wake up, and the last, before I sleep. Just give me a chance to meet you and revive our friendship. I am trying hard to change myself and adapt to the current situation. But it is so fucking hard! From changing sleep cycles to leaving social media, I’ve tried everything.

The sheer thought of failing again and losing myself is scary.

Share this story so it reaches the woman he loves.