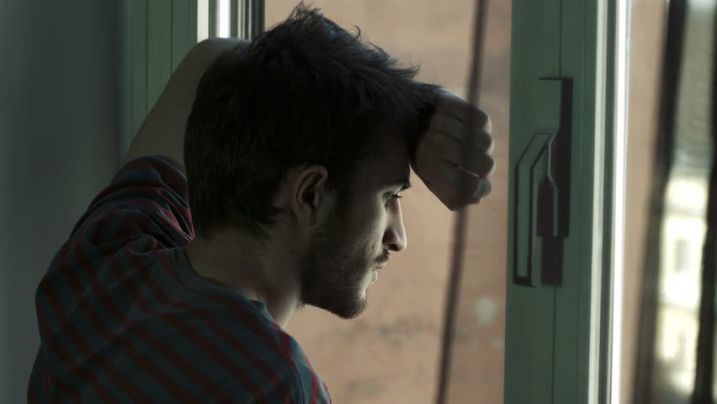 I’m 6 feet tall, wheat-ish and am overall a healthy person with a lean body. I’m God-fearing and value my morals more than my materialistic life.

My story begins five years ago. I received a friend request on Facebook from a girl, who after checking out her profile, I realized was my classmate’s cousin. I accepted it and we began chatting within a few days. She told me she had seen me next to her aunt’s house.

One day, she asked me if I was dating anyone; as soon as I denied this, her casual chatting turned to flirting. After this, she kept insisting that we meet. She began calling me via Facebook and the messages were soon non-stop.

I ignored them in the beginning, but after a while, I told her that I was interested in someone else (even when I wasn’t), hoping that this would stop this behaviour.
Thankfully, her daily chats were not limited to just a few messages once in a while or on an occasion.

3 years later, in around October, she messaged me saying that her dad had found my profile on a matrimonial site. She asked me if I would be interested in meeting her to talk about this further. I asked her if we could meet because I thought we should talk about it face to face. Once we met, we started discussing our preferences for our partners. As the conversation continued, we both realized that it was better to marry someone we knew, instead of a stranger.

After this, we met with our families. Her dad said ‘Yes’ to this proposal immediately, but mine said we would visit them once again, with his sisters and then tell them our decision. However, until this meet, the two of us began chatting and talking every day, almost as if our marriage was decided. When my aunts finally did meet her, they said, ‘No’ as the girl wasn’t beautiful or fair.

I told her about this and she became extremely restless; to a point, I don’t even blame her. She began texting me often, telling me that I should talk to them again. I told her, that I can’t force my family and more importantly, wouldn’t.

These were her exact words to my message,
“You have to take a strong stand here. Tell your parents that we have this great understanding between us and this compatibility you won’t get with anyone else. They will definitely say yes to our proposal then!”

She began begging for our relationship, for my family to give her another chance. I pitied her and did exactly as she asked me to.

Our engagement was fixed for the 4th of February, 2016. A week to our engagement, she began telling me that she’s scared to commit and began finding flaws in our relationship. Suddenly, she told me that she wants to settle abroad, instead of living in the same city as her parents – which is what she had told us earlier.

I told her we should talk to our families and postpone the engagement since all these doubts were clouding our judgement. She refused to do this and told me she was just nervous about everything and these feelings would settle down.

But it didn’t and her behaviour changed drastically. I decided to talk to her parents about this and told them that she now wants to settle down abroad.

They said the same thing to us as she told me, it was nothing but nervous jitters. Once again, her family begged us to reconsider and I decided to meet her again to talk about these misunderstandings with her.

Once we cleared the air, things began looking rosy again. Until one fine day, she stopped answering my calls and replying to my texts. My ego took over me and I decided to stop calling her too.

In August, she asked me to meet her and told me that she wanted to break off our engagement. I was shocked and heartbroken. I didn’t know what I was going to tell my family, or what she was going to tell hers. This time, I was the one who asked her to reconsider this decision, I even told her that I would give her more time if she needed to think things through calmly.

But she was adamant. On the 29th of September, her family officially broke things off with us, saying that we were incompatible and things were better this way.

And on the 23rd of October, we found out that she married her ex-boyfriend. A few weeks later, I came to know through Facebook and common friends, that she was already seeing him but at that time, kept me as an open option since the two of them didn’t know where they stood with their relationship.

As I was an engineer, with my own house, car and a stable job, I was the better option, at the time, for her. Once her ex-boyfriend got a job abroad, that’s when she began playing her mind games with me.

My family was upset and hurt. We accepted this girl in our lives, even though our own had told us not to carry on with her, solely because of her looks. I ignored everything and agreed to be with her because I believed that compatibility and maturity in a relationship was far more important than a girl, or a guys looks.

It hurt to be this mistaken: and to see this affect not only me but my family too. We became a joke amongst our family and friends and my mother had to be hospitalized because of her blood pressure issues. It’s been tough, trying to find someone who’ll accept our family, and me after finding out that the engagement was broken.

And to think, all of this happened, only because I didn’t have the heart to reject a girl because of her looks, who in turn, cheated on me.

I’ve been following AkkarBakkar for over a year now. Like everyone who writes here, this is the story that changed my life.

Share this story, because while some people choose love, others, choose convenience. It's difficult to know when to settle down and unfortunately, the scars of the past make it tough to move on too. But trust your journey and know that you're not alone.