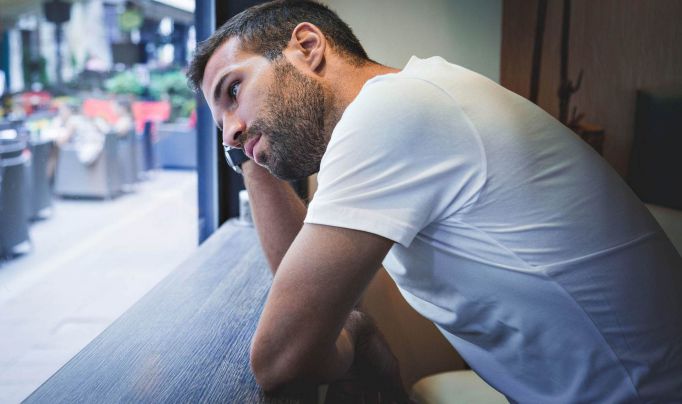 Millions of emotions are running through my mind as I pen down my story. I’m a B-Tech graduate from IIT Bombay and am presently pursuing research. From childhood, I was a studious guy and studies were always my top priority.

I was an introvert who had not spoken to any girl until I completed class 12.

When I was a kid, I had a goal of working on a project and my mind was always focused on this goal. It inspired me to work hard and I secured admission in IIT Bombay, one of the top engineering colleges of India.

When I was in college, I met a girl on the Internet. She is from Karnataka while I am from Telangana. Our conversation started with regular greetings.

It was our mutual love and respect for Lord Shiva that initiated the spark between us.

When I started chatting with her, she had just completed class 12 while I was graduating. She was a young girl who was not very mature. Initially, I was shy to chat with her and so was she. We exchanged a few generic messages but did not chat regularly.

I did not know much about her nor did I feel anything special towards her.

A few months passed by and I’d almost forgotten about her when I received a message from her. That's how we started chatting again. Though I was busy with my college work, we chatted daily, sometimes at night too.

I didn’t generally talk or chat with girls, however, it was different with her.

I could converse with her through the day and night. I felt extremely comfortable with her, as we shared many things in common. Slowly, I started feeling something special about her though I couldn't term it properly. So I called her my good friend.

I hadn’t even seen her face or heard her voice but I realized that she was very similar to me. She was a good-hearted girl who was selfless in nature. That’s what I liked about her.

She did not believe in love because she had seen several of her close ones in abusive relationships.

She did not want to get married ever because of everything that she had witnessed since a young age. Hence, she never spoke to boys and if any guy from her class tried talking to her she would act ignorant or get angry to drive him away. She had been hurt by many people and did not believe anyone, especially boys. She hated boys, which is why she was initially hesitant to chat with me.

However, she realized that I was not like the other guys when I saved her from a guy who was bothering her online.

He pretended to be a senior female student from her college. He asked her questions about Lord Shiva, as he knew that was her weakness. He tried to lure her by promising to take her to a Shiva temple. He used her weakness with an intention to harm her and she was too innocent to understand it.

When she told me about it, I was sure that it was a fake account. I asked her to send me a screenshot of their chat but it was in Kannada and I couldn’t understand it. I took her help to translate it and understand a few things. Then I asked her to call the person to confirm if it was a boy or a girl because I was extremely suspicious. She called the person from another number and discovered that it was a guy.

She was hurt and couldn't believe that he tried to trick her in the name of God.

I was enraged that he was trying to harm her. He didn’t know that I was helping her, so I hacked into his computer, got his IP address and tracked him down. I beat him up till he promised never to harm any girl. He fell on my feet and begged me to forgive him. He even apologized to her and said that he would never repeat such a mistake.

I scolded her too for believing someone so easily. I requested her to be careful on the Internet, as I was worried that she’d end up getting hurt.

After all, she was a young girl who had not seen the world.

After this incident, she began trusting and respecting me greatly. I considered her a good friend and guided her always. I felt that she needed me more as a guide and then as a friend.

I changed her perspective towards life, I made her responsible and goal-oriented.

Everyone was surprised by the change in her.

She would always say that she was not sensitive like other girls. With time, I learned that she was sensitive but pretended to be the opposite because she did not want to get hurt by anyone. She had several mood swings but I tolerated everything with a smile. There were times when she spoke rudely to me, yet, I knew that deep within, she cared about me. She could never hurt anyone.

She was a genuine person and that drew me closer to her.

I could read her mind and understand her with such ease, as though we were the same person. It was magical how I was so sure about what she was thinking, even the things that she wasn’t clear about. I would always laugh and say that my inner self always knew that our soul was the same.

I’d understood that she was my true love, my soulmate.

I’d never felt such a special bond with anyone. I’d only seen her in photos but my love was not influenced by her appearance or any other external factor. I loved her unconditionally, sincerely and truly as Lord Shiva loved his wife Parvati. Unfortunately, she was unaware of the depth of my love. She did not feel the same for me.

To her, I was just a friend or a guide but for me, she was my life.

I would happily bear the brunt of her mood swings and give her time even when I was busy with my work. I would skip meals just to chat with her. Once, she stopped talking to me for two weeks, luckily we got back together again. But she never realized the pain that I suffered during that time.

I fasted for those two weeks and kept praying to God in the hope that she would come back. No matter how exhausting my work was, I didn't quit fasting and survived only on water. Finally, she came back. She still doesn’t know how I managed in her absence.

Sometimes, I worry if we’ll ever be able to get married because I'm Telugu and she’s Kannada. She belongs to a village and her family is conservative.

An inter-caste marriage is hard to imagine and an inter-state marriage seems tougher.

If she truly loves me, I just want to tell her, “No matter how tough the situation is, if we put our efforts in the proper manner, we can make this union possible. Nothing is impossible in this universe. There’s a solution to every problem and I’m confident that we can find a way to convince our parents to accept our marriage."

"I am willing to wait for you till the end of my life."

Sadly, she respects me but she doesn't understand my love for her. I have seen many guys who can easily get girls to fall for them. I know that they are interested in a girl’s body and not her heart.

Unfortunately, girls fall for their tricks and love them wholeheartedly, trusting them with their heart and body.

These guys play with several girls at the same time. There are several such stories yet girls like these kinds of guys. I always wonder, why? Does love mean playing tricks? Isn’t love meant to be selfless? Isn't it about respecting the other person always?

Why are girls still foolish to fall in love with bad guys?

And if a girl were to love someone, she is often forced to compromise and settle down with a guy chosen by her parents. Perhaps, forgetting the love and moving on is easy for girls but for guys like me, our whole life is insufficient to forget our true love.

I have a final word for you my dear; I’ve always loved you and will love you till my very last breath. Nothing can stop me from loving you.

I cannot think of anyone other than you as my wife.

I cannot move on from you. If such a situation arises, it will be the last day of my life. I promise you. And you know that I always keep my promises.

We're often unable to recognize true love even when it is around us. Let's share this story and spread the message of unconditional love before it's too late.