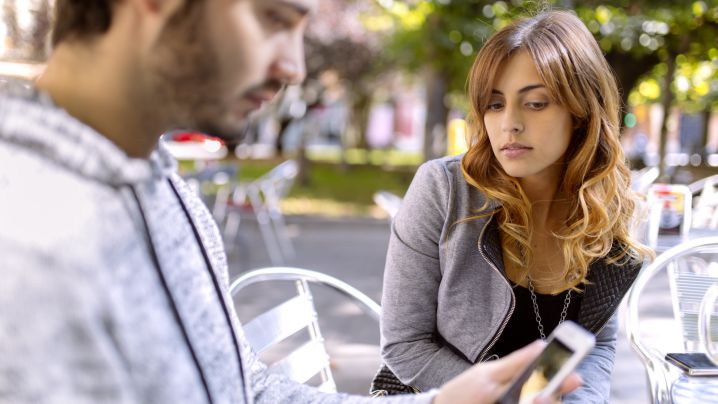 I was 30 years old and working in a private company. I had decided to get married so created my profile on matrimonial site. After few days, I received few notifications matching my interests. I got a call from a girl who was in a Delhi Government job.

After few conversations, she wanted to meet which was fair enough, so I agreed.

We had dinner together and shared information about each other. She liked me and said that she would ask her parents. I liked her too but the final call has to be decided by both the parents.

By the time, our parents were busy contemplating, we continued to exchange messages and talk. We gradually became good friends.

One day, she called me and informed that her parents were looking for a groom who was a Government employee and belonged to the same community as well. But as we were friends now, so we continued our chatting.

After few days, I received a message from another girl for a marriage proposal and she had given me our number. I called her; we had few phone calls thereafter and decided to meet.

So I was having a normal conversation with the first girl and she was interested in knowing if I had found any other girl for marriage. I said no but told her about the girl I recently met. Now her reaction was different and got angry for meeting other girls without informing her. Before I could think of what to reply, she disconnected.

After few hours, she called again and told me that her parents wanted to meet me.

So she invited me to her place the very next day. I was ok with it as she was my first proposal. I went to her home and she was residing in Government quarter. When I entered, her parents were not there and she was all alone.

She offered me juice and when I asked her where her parents were, she told me that they went to a relative’s place and they must be on the way back home.

After few minutes, she held my hands and said, “Come, I will show you my home.” I went with her. After exploring all the other rooms, she finally took me to her bedroom. She asked me if I like her home or not. It was really beautifully decorated and I conveyed her same.

Now she laid down on the bed and asked me to sit close to her. Then she hugged and kissed me, saying that she loved me a lot and wanted to marry. And she could do anything for the same.

I asked her to let her parents come and I would talk, but she replied that I don’t understand.

Her parents would not come and she wanted to be all alone in her bedroom.

I got so blank then, that I don’t even remember how I skipped that day.

Share this story because sometimes things happen unexpectedly and we are unable to process the situation.