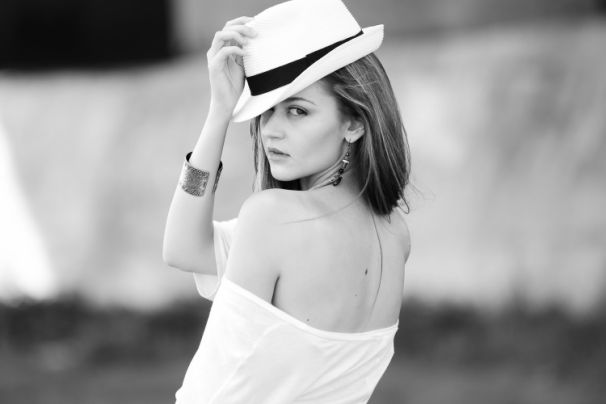 This is an unusual story of a girl called Alia and a guy called Parth. Parth often said, “Destiny has no intentions of sustaining our relationship for long.” He always felt that their fights, their inability to spend time together and the distance between them were all signs that they should never be together.

But Alia never believed in blaming destiny. She strongly believed that they could make their relationship work with mutual efforts.

Parth and Alia had met through a mutual friend. They had shared a virtual relationship for almost a year. They were so keen on each other that they could not feel the distance between them. He was all that she wanted. He was just the kind of person she had often visualized as her ‘soul mate’. Maybe he felt the same way. Maybe he didn’t.

All she knew was that she would do her best to keep their relationship intact forever.

They had to wait for a year before they could finally meet and turn their virtual hugs into real ones. He had come down to her city to visit her and planned to stay with her for two days. Everything was magical.

They were so comfortable in each other’s company that they felt as if they had known each other for ages.

Alia realized that she had never felt this way before. She knew she was living the best day of her life that day.

One thing about Parth bothered her a lot though. He never wanted her to share anything about their relationship with any of her friends. Neither was he interested in sharing it with others. It bothered him so much that he stopped talking to Alia just before boarding his train.

Both of them stood silently on the station.

She could not resist the temptation to talk to him. She knew that both of them did not know when they would meet next or even if they would meet at all. So Alia tried hard to convince him that she would not discuss their relationship with any her friends.

She promised to do what he wanted her to do. But Parth stood there unmoved. She could not stop the tears from flowing down her cheeks. But Parth was least concerned about Alia at that time. He was more concerned about the people who were staring at Alia because she was crying.

Alia decided to forget that incident. She preferred to remember only the special memories that they had created together. They sorted out their differences and could not wait to spend time with each other again.

She would often waive off the fights that they had by surrendering to Parth’s will even when she knew that she was not always in the wrong.

One day Parth was angry with Alia because a guy from her college had kept his hand on her shoulders while posing for a group picture. She knew that he was behaving irrationally at this time. He had often displayed his discomfiture when she hung out and posed with her other guy friends.

It was at such times that Alia wondered if she was a piece of property that no one except Parth was entitled to touch.

She wondered if he could claim all rights over her by taking away all her rights.

She knew she was not being disloyal to him in any way. But she knew the answers to all her questions.

She thought she would make Parth realize that he was wrong about her at the right time.

But after a few months, their fights started taking a turn for the worse. This time it was Alia who initiated the arguments. They had started fighting because Parth’s parents had started looking out for a bride for him. Alia urged Parth to stop them. She cried herself to sleep when he ignored her by just saying, “Things are not under my control.”

She wanted to shout at him and tell him, “Of course things ARE under YOUR control. You can stop your parents if you want to.”

She knew that no parent would force their son to get married against his will and that too when he had not yet settled down in his life. Yet all Alia could do was to stand by him and persuade him to try and tell his parents about them.

Alia did not have any idea about what exactly was happening on the other side. She did not even know if Parth had any intentions of talking about their relationship with his parents.

She wondered if he planned to give up on her. She knew it was time for her to leave Parth.

But something inside her told her to try just one last time. She wanted to be by his side because she knew that he too was going through a tough time. One day, she asked him about the situation in his house. Parth just replied to her coldly and said, “I can’t answer all that. I need my space. I don’t want to talk to you. Bye.” Something hit her so hard that day that she could not feel anything for a long while. She kept staring at her phone screen. She kept re-reading his text.

She was not angry with him. She was disappointed in herself. She knew she had trusted the wrong person and way too much for her own good.

She realized that Parth was not the kind of person who had the courage to hold her hand until the end. She blamed herself for every wrong decision that she had taken.

Three months passed. There was no response from Parth. Millions of unanswered questions crossed Alia’s mind. She knew that Parth would not be half as hurt as she was. She felt hurt that Parth did not even bother to find out if she was fine. All he cared about was his problems, his family, his marriage, his job etc.

Alia slowly realized that she had never really been a part of Parth’s life at all.

Instead, Alia ended up texting him the next day requesting him for closure.

She gathered the courage to ask him about his status on getting married. The 3-word reply that she received was powerful enough to break her to pieces. She knew that it would take years for her to heal. All Parth had said was, “I am engaged.”

Alia wondered what she had done to deserve all this. She had loved him truly. She would have done anything to keep him happy.

Did she not deserve to know that he was engaged? Was he scared that he would hurt her if he told her the truth?

But he had already hurt her so much before. She hadn’t expected anything more from him. All she had wanted was an answer from him. She just wanted closure. She just wanted the satisfaction of knowing that he had tried his best to convince his parents.

She got nothing of this sort from him.

So from that day on, she decided never to look back. She struggled to move on with her life. She knew it would not be as easy as her friends told her it would be. But she knew that she had enough people in her life who would go to any extent to make her feel happy.

She knew that she would never dream of letting them down.

Why do we hesitate so much to call it quits? Is it because we know that the other person will never be able to accept the reality and let us go? Often we want to avoid an ugly confrontation because it creates a lot of pain in our lives. Maybe that is why we prefer breaking off abruptly and virtually. Let's share this story because we all really need to master the art of accepting and ending things in a mature manner.