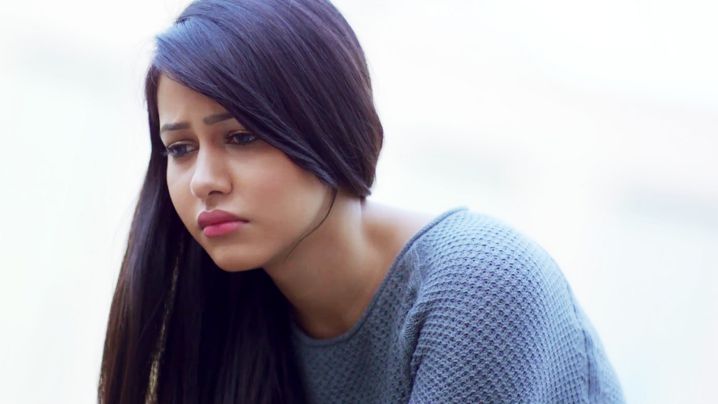 I am a simple middle-class girl living in a small town. I belong to a very conservative family. I believe in love and God. Like all other girls, I too have several big dreams that I want to achieve in my life. I love my family especially my father. I don't want to do anything to hurt him. I have always been a happy-go-lucky girl.

I did not have to make any major compromises in my life so far. I think I am quite mature for my age. I don’t worry too much about my future.

We faced a big financial crisis a few years back. We finally managed to overcome it though it took us several years to do so. We are not very financially stable even today but the situation is not as bad as it was earlier. Often we struggle to fulfil even our most basic needs.

I have always been making sacrifices in my life so far. But I pretend to be happy with whatever I have with me.

When I was in school, I was always with a girl who attracted everyone’s attention with her charming and selfless attitude. Everyone liked me too and I had several friends of my own too.

My life was full of happy times and I thought that the world was a nice place to live in.

While we were in school, we would stare at guys and tease them. My best friend had a crush on a guy when we were in our 9th grade. He was our senior.

He was a tall, fair, handsome boy with a great attitude. No one actually knew his name so we just created a nickname for him.

But we were all busy with our own lives. So when we did not see him for a long while we forgot about him. When I was in the 11th grade, a friend request suddenly popped up on my Facebook profile. It was the same guy – the one on whom my best friend had a crush.

I was really very excited about it and accepted the request without any hesitation.

He texted me within a week and we started chatting after that. We then exchanged our numbers.

I was already in another relationship. But I talked with him for hours.

We soon got into the habit of talking with each other every day. Meanwhile, my boyfriend had stopped texting me. I knew he was cheating on me. So after a week, the boy that I was chatting with currently and I decided to enter into a relationship. We did not meet each other for the first few months.

Initially, we did not reveal all the details of our lives to each other. But after 5 – 6 months, I realized that I had fallen in love with him.

He too loved me. All our friends thought that we were an ‘ideal couple.’ It was only when we started getting to know each other properly that I realized that his family too was undergoing some kind of a financial crisis. Both of us were facing similar experiences in our lives. Though we had fallen deeply in love with each other he never forced himself on me. I felt we were made for each other and God too wanted us to be together.

After being with him for one and a half years, I knew that he was the most important person in my life.

We were worried about whether we would get married because we followed different religions. Things were fine between us. But one day I messed up things with him. It was a normal enough occurrence and I was waiting for things to become fine again.

I never expected him to start talking to another girl.

When I asked him about it he said it was a mistake and he had spoken with her in order to forget me. I knew he was frustrated. I also knew that he really loved me. But I was devastated when he did this. I have given him a second chance but I am still scared to trust him.

Now suddenly everything about him seems wrong to me.

He belongs to a family which is totally different from mine. The way he talks and behaves is different. I am able to see the differences in our lifestyles. I am unable to take a decision now. I know that I too have cheated on him several times. But I never repeated any of my mistakes after I realized that I was making a mistake. It has been two years now since that incident happened.

I can’t accept the fact that the person I had initially fallen in love with has changed so much.

I have no one else to turn to. I need your guidance because I don’t know what to do.

Often love is so euphoric that it blurs our vision. Perhaps when we take a complete break - things become clearer to us. Maybe we just need to focus on creating our own identity first. Maybe if we are more confident about ourselves we will understand what exactly we are looking for in a relationship. Let’s share this story because sometimes we just have to focus on taking one step at a time……for things to fall in place in our lives.

BAKKAR. CHAI. SUTTA
The Golden Bird
LIFE IN THE TIMES OF CORONA
YOUR STORY
SINGLE WOMEN BAD WOMEN
YOURS GEEKLY