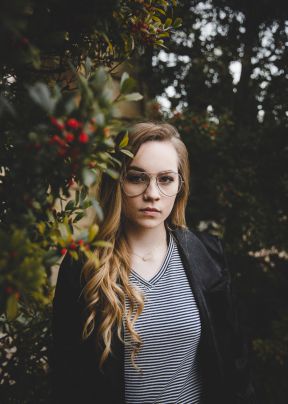 I might seem like a selfish or judgmental girl here but I was left with no choice but to leave him.

It all began in June 2014, when one of childhood school friend added me on a WhatsApp group.

I knew a few other people but there were some strangers too. Soon enough, I got bored of those constant pings so I left the group. Now after few days, I received a message from an unknown number.

Since the message was from an unknown number, I did not bother to reply back.

So again after a week or two, I got another message which read, “At least have some courtesy to reply back. Why is this rudeness?” I asked for his identity and then, I came to know that he was one of the members of that group. He was mesmerized by my display picture and wanted to know more about me. That’s how we started talking.

Small chats became long talks over the phone and everything was going great until I moved to another city with my parents.

Owing to the network issues, our talking became less and it was frustrating as hell. One day, somehow, I managed to call him from someone else's number and the first thing he said was that how frustrating it was and how much he loved me. Yes, he did not propose but told me how he felt about me and I reverted in the same way. By the way, it was a long-distance relationship. We lived in two different cities, both studying and he was a sweet, caring type of boyfriend.

After a few days of our relationship, he started opening up about his childhood.

He would tell me his stories of what a great thief he was. He would steal big stuff and sell it off for money. It left some negative impact on me but I still loved him. Once he came down to my city to meet me and that day, I returned home late. My brother was furious and he got really angry when he found out that I was with my boyfriend for the whole day. He had uploaded one of our pictures from that day on Facebook.

The day turned out to be a disaster when my brother told my mother about it and she scolded me. I was crying and told my boyfriend all about it. To my surprise, he went ahead and abused my brother for shouting at me. I was taken aback. I was kind of confused as to what he was really thinking then. But I said nothing. After a few days, he sent a friend request to one of my classmates and I don’t know why.

Once during the vacation, I went to meet a friend of mine. Upon meeting him, my friend told me that he was texting him and for the next three hours, he continuously kept messaging me until I was left irritated.

He used to tell me about his previous girlfriends even though I had no interested in his past.

He would call them ugly, slut, whore and what not. He would just find faults in every other person and the only perfect people on earth were him and me alone. To tell you the truth, this flattered me. I told him that if looks were my priority, I would block him the first day he had messaged me. On our first anniversary, we planned to meet and he again came down to meet me. I took him to my favourite restaurant to celebrate at my own expense. I was completely enjoying it until he dropped the bomb.

He said, “My classmate told me to break up with you because a girl like you doesn’t deserve me.”

So he asked his classmate if he liked me, to which he replied (according to him), “I would never date a filthy girl like her.” After narrating the whole story, he was smiling and I could sense the self-pride in him. I felt ashamed of myself and wanted to cry my heart out but kept my calm. We finished our lunch and went out for the evening walk. When I reached home, I called him and asked him to break up. I blocked him from everywhere.

Moral of the story is that no relationship is perfect.

Some imperfections do no harm physically but it can cause greater damage to you if left unattended. He was bad mouthing about his previous girlfriends in front of me and might be doing the same about me. I know he loved me but what about our marriage? We belonged to different caste and after all this, I didn’t feel like he was even worth my struggle to marry him.

This is one of those decisions which is the toughest, yet it makes you the most empowering when you stand up for yourself. More power to you! Share this story and let's celebrate empowerment here.