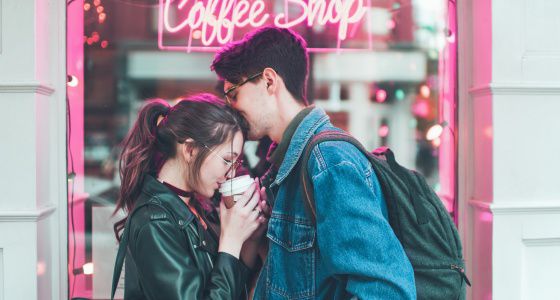 I was twenty-two when I joined a year-long Americorp program in New York City. During that time, I worked on a team of in-class tutors and after-school coordinators for a middle/elementary school. One of the people on that team was Casey, and I fell in love with her within the first few months of knowing her. Casey was a happy-go-lucky blonde with green eyes, she was very considerate and caring, which was what brought her to the program, along with the drive to do something worthwhile in her gap year. I had just received my degree in English and wanted to quit school for a while and do something meaningful. The job was low pay and the corporation we worked for was excruciating, but the people were nice, and the program rewarded some compensation for our student loans, along with some good but limited connections. I also joined the program because, at that point in life, I had grown as cynical as a cantankerous old man. I had a rough upbringing and a string of heartbreaks.

I was usually an outcast and grew used to being by myself and feeling undesirable, but Casey, she loved me.

She smiled every time she was around me. I did the same around her, and it felt strange at first because I smiled so much that I thought I needed to stop for a while or I'd look like an idiot. She loved my dark and dirty humour. I liked to write, and she loved my writing. She loved Russian studies and while it was never a specific interest of mine, I loved hearing her talk about it. She had so much passion. She was perfect. I joined the job to find some light through the children, but I found the most light through her. Although I found the light through her, someone else had found it first. She was engaged to be married. I thought it was ridiculous to consider marriage at such a young age. The truth was that I idolized the element of love and marriage, but my cynicism slowly pushed that idea out of the window. The worst part was that I knew she was engaged before I fell in love with her, but I went ahead anyway. Casey was always very kind and sweet to me. We grew to be best friends and many of our co-workers considered us as work husband and wife.

We would talk a lot in private and she'd talk to me about her fiancé and I would listen without complaints.

I tried to simply be content with being a good work friend of hers. We were both always the first to arrive at work. One day, we had time to talk alone in the office. She told me that her fiancé had come home late, smelling of perfume, and it wasn't the first time. He claimed he was working late. Casey was sweet, but she was also fragile. She had a rough childhood as well - an overbearing mother. I asked her if she thought he was cheating on her. I knew it wasn't my place, and I should not have overstepped.

But the truth was that I saw a sliver of an opportunity to have her for myself, even if it meant while she was vulnerable.

She said that she was scared to find out. I didn't tell her to confront him, but I planted the seed and told her that it'll rack her if she doesn't get any answers. She called me later that day, at night. She and her fiancé had gotten into an argument and she left. She didn't know who else she could call, she felt anyone else would judge her and tell her to go back inside. She knew I wouldn't, and she was right. I told her she could stay at my apartment. I had four roommates but had my own room. It was small, but neither of us was picky. When she arrived, I told her she could take my bed and I'd sleep on the floor. She said she didn't mind sharing the bed, and that she couldn't sleep anyway. We decided to cosy up and watch a movie. A drama, but not a romantic drama. Fifteen minutes in, her hand crept on mine.

It was freezing cold and we were warm under the covers. I turned to her and gazed at her green eyes.

The light from the TV illuminated them beautifully. Before I knew it, our lips made contact. My fingertips ran from her hands to her arms, to her face, and to her body. I was glad she made the first move, but I took it from there. We spent the night together, annoying my next-door roommate who texted me an hour into our intimacy, asking if she could keep it down. We laughed and continued, a little quieter then. The next day, we got dressed and went to work together. We both always arrived at work early, so no one knew we arrived together.

Throughout the whole day, we would smile and wink and giggle at each other like we were sharing some inside joke.

Our teammates thought we were just being our goofy selves. Casey went back to her fiancé later that day, but the chemistry between us, especially after that night, stayed the same. We decided to hold on until after the program, then she'd get married and I'd be back in Maryland. We would cosy up on the roof of the school, the entrance of which I discovered from one of my students. There was a long, rarely used staircase from the auditorium to the gym, and we would meet there as well. We couldn't let anyone find out, but that was all fine and well because I wanted everything we did to be ours and ours alone. She had to leave the program early to study abroad in Russia. A few of our other teammates left early too for their careers. There was a week or two left. The ones who stayed noticed my not-so-celebratory mood that I would eventually get over. At the moment, I just hated that the one girl who loved and understood everything about me, couldn't be mine for good and our time together was too short, short but sweet. One of my teammates had asked why I was so down. I was sad but feeling a little better to have loved and lost, I said,