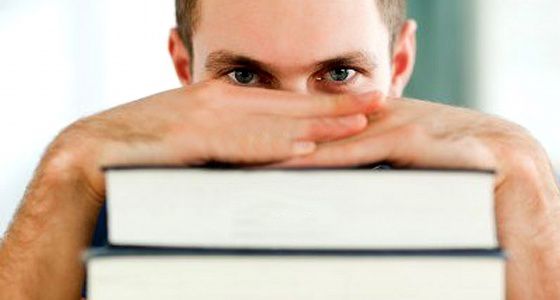 She was a teacher in my high school. When I met her for the first time, I felt like I was seeing an angel. I interacted with her on the very first day that she joined our school. We fought with each other in fact.

After a while, I started liking her so much that I followed her around in our school corridors. The other teachers started getting doubts about us because I was one of the most handsome studs of our school and she was the sexiest teacher in our school. We met in the school every day. She taught my juniors. But I attended almost all the classes that she taught.

I annoyed her a lot. But we would both smile at each other when we met every morning.

One day, my class teacher called me and asked me what was going on between the two of us. I told her that there was nothing going on between us. But she scolded me and warned me not to follow her around in the corridors. The whole school started gossiping about us. One of my old teachers insulted her and spoke ill about her character. I was angry with everybody when this happened.

I was angry with myself too because I knew she was being blamed for my stupidity.

I started maintaining my distance from her but made it a point to see her discreetly every day. I followed her after school hours and realized that she lived near my house. One day when I was walking back home from school, I saw a tall man of around 28-29 years standing next to his car. He was waiting for someone. After a while, I saw her coming out of the school. She was talking with someone over the phone. I waited for a while. I was heartbroken to see them together.

The man was her boyfriend. He was the villain of my story. That day I decided to make her fall for me because I loved her from the bottom of my heart.

I tried to get her phone number because she was not on Facebook or other social networking sites. I thought that someone from her class would help me out by giving me her phone number. But she had given her number only to the topper of her class. I offered him some money but he refused to give me her number. I lost all hope and decided to leave everything and concentrate on my upcoming board exams. One day, while I was browsing through Facebook, I saw a picture of the topper of her class with my close friend. I called up my friend immediately and asked him about the topper. He said that the topper was his cousin brother. I was very happy because I knew that my friend would somehow arrange to get her number from him.

My friend did not let me down and I finally got her number. But my friend warned me and asked me to message her only after I had appeared for my high school exams. I assured him that I would listen to his advice. One day, while I was roaming around in the corridor, I saw her again.

I started going the other way when she stopped me and asked me, “How are you? Where are you?” I smiled and said, “Kuch logo ko humara milna pasand nahi hai.”

She was shocked but was also excited and wanted to know how I had managed to get her number.

I said, “I’ll call you in the afternoon.” and she said, “OK.” I called her in the afternoon but she did not pick up her phone. I called her after every hour and finally at 8.40 p.m. she picked up the phone. She said, “Who is this?” I said, “The one who follows you around in the corridors!”She laughed. Finally, we started talking over the phone and chatting over WhatsApp. We became friends now and she told me about her boyfriend. She said that he was a mature man and a doctor by profession. She said that he loved her and gave her surprises and gifts.

I felt very jealous but I couldn’t do anything because they both loved each other and she had chosen to be with him.

In my case, it was one-sided love. She thought that we shared only a teacher-student relationship. But I knew it was more than that for me. I asked her out on a date but she refused.

She insisted that we shared only a teacher-student relationship. But every day I did something special for her with the hope that she would realize that it was more than that for me.

I knew her birthday was around the corner. I also knew that I couldn’t meet her on that day, so I made something for her. I cut a cake for her at 12.00 a.m. on her birthday and created a special video clipping for her. I sent it to her at 12.05 a.m.  I was waiting for her reply. Her reply made me feel very special. She said, “Hey, I saw your video. It’s just amazing. Nobody has done anything like this for me. You are very special to me. I love you for this.” I couldn’t sleep that night. I just kept seeing her DP repeatedly.

I asked her out on a date again. But it turned into an argument. She said the same thing again – that what we shared was just a student-teacher relationship and it was nothing more than that. I requested her to block me and told her that I would never disturb her again. She told me that I was taking it wrong.

After a few days, I came to know that she had lost her job in our school. Her contract period was over and the school authorities were not going to renew it for her. She was deeply depressed when this happened. I called her and expressed my sympathy to her. Her boyfriend was not in town. So I told her that I wanted to meet her because I couldn't see her crying like this. She said, “Yes.” So we planned our first date now. I took her to all the best places in Noida.

We had a great day. She laughed so much that day during our 4-hour date. I made her forget all her problems. Finally, after the date, she reached home and sent me a text which said, "I loved this day so much and you too. You are my best friend."

We finally moved on from our teacher-student relationship that day. We now share a new bond of friendship. She tells me all her problems because she can’t share them with her boyfriend. She says that he is a very short tempered man. I solve all her problems. Slowly our friendship has turned into love. We go out on a date at least twice in a month and she confesses her love for me every time. I also tell her that I love her very much. But the problem is that she is committed to her boyfriend and can’t leave him. But she doesn’t want to lose me also.

I try to keep my distance from her because I do not want to ruin her happiness in any way but she starts crying every time I do this. She says she will never leave me.  I pray that she breaks up with her boyfriend every day. Losing her is not my biggest fear. Losing her to someone else is the worst thing that I can imagine happening to me.

Even if she does break up with her boyfriend, I wonder if we can have a future together. I know that the society that we live in will never accept us. There is a difference of six years between us. But I do know that I will love her till my last breath.

As long as there is love in a relationship, everything seems to be worth our while. Yes, love can really empower us and give us the guts to face the world. But love can also make us question things. Love fills us up with quiet strength and helps us accept the reality too. Let’s share this handsome young boy’s story so that he is able to figure out things for himself.