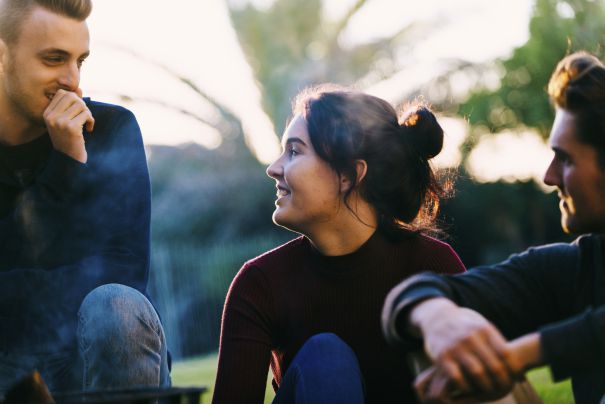 It was the first day of college. I had got admission in one of the best private colleges in India. I wore a black shirt with black jeans and opted for open hair. My father always said that the colour black makes me look prettier. As usual, I was late to the class and I found an empty seat next to this guy in specs and he had the vibes of a geek.

After some time, I found him staring at me and then we introduced ourselves to each other. His name is Ishan.

Fast forward to the end of the first year, by then we became best buddies and everyone thought we were dating. But he never gave even the slightest hint that we should take our friendship ahead. Our exams got over and during the holidays, he didn't message me even once. I was missing him badly. So I called him up and he hung up the phone saying that I don't even deserve to be his friend. I was quite frustrated about his frequent mood swings and this was not the first time. He always talked to me only if he wanted to.

I ignored it and tolerated all this for so many months but now I could not take it anymore.

So we eventually stopped talking. I had a new group of crazy friends and during this time, a senior from postgraduate, Abhi, proposed to me and I had always found him to be really cute. We got into a relationship after talking for six months, and our love was only growing stronger day by day. Everything seemed fine until one day Ishan returned back into my life. He soon became possessive even after knowing that I was in a relationship. I started avoiding him because I could not let him ruin what I had with Abhi. But then he showed his true colours and morphed an image of us where apparently we were intimate as a couple and sent it to Abhi. He was shattered, and he questioned me and my dignity.

I questioned his level of trust in me, as I thought that was the pillar of our relationship.

We broke up. Abhi is getting married in a month, and Ishaan is a drug addict. Whereas I only have memories. So the question is, where am I at fault? I fell in love with a guy who couldn't trust me and had a so-called best friend who took away my bundle of happiness. I am not pretty sure about the future but my job is the only good thing right now in life.