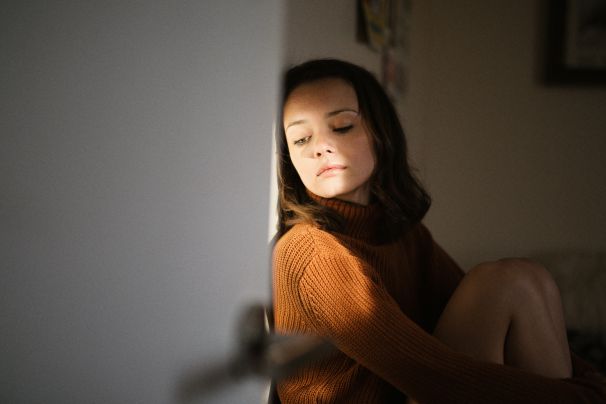 I am in a relationship since 2010. I do not remember the date or month because our relationship was not planned. We went with the flow and don’t remember when love struck us. Our first meeting was a musical one.

The first day when I had a full-fledged conversation with him, he made me listen to all his favorite songs on his iPod.

So the conversation was merely based on what kind of songs we like. It was not love-at-first-sight, I never had a crush on him neither did he have on me. But that one musical conversation got embedded in my mind and I guess in his also. I came back home and opened my Gmail but the entire time I was thinking about our time spent together and suddenly I saw a message pop up from him, “hey”. If there would have been a person sitting in front of me he could have counted my exact number of teeth. A very wide smile came on my face because this was the least I had expected, another conversation. That day we chatted till 4 am in the morning. That was one day and then it continued like that. I was in a very comfortable zone with him and we named it as friendship, but things changed when one day he said, “I like you”. I never saw him just as a friend after that. Now, we were on a dating spree. I still get goosebumps when I visit those places where we went on our dates, and those were not fancy ones because we still were in college. The friendship turned into dating and dating turned into a relationship.

Our relationship changed over a period of time, but one thing never changed, my comfort level with him.

He is the first person in my life to know about everything. We have everything in our relationship: trust, comfort, respect for each other, respect for mutual space and choices, and one thing I like the most is that we never lie to each other. This all about the bliss. Now, let’s come to the pain part. It’s family. My family has always been a closely knitted one. We were always being told what to do and what not to do. We were asked to do what is morally good. I am the only kid who wanted to come out of the boundaries and experience how it feels to be there. I felt good. I felt free, felt like myself. And let me tell you, coming out of boundaries doesn’t mean I have harmed anyone. I just did what I wanted to do. But what I lacked was guts to show my family how I feel out of the boundaries they built for us. So, I made a very comfortable choice: lying. Since then I am living a double life which I hate the most. One day I assembled all my courage to tell my parents I want to marry the guy I like.

It was a hell of a roller-coaster ride. They cried a lot and next day onwards they behaved as if this topic never came up.

They started showing me alliances. And again, I took the comfortable route of lying. I began saying yes to every alliance and after speaking to guys, I was rejecting them. I have made a shell of lies around me that I don’t know if I can ever come out of. I have always lied to protect myself because I didn’t have enough guts to face situations. And now I feel if I would have been truthful to my parents since the beginning, they might have developed disgust of me for going against their lifestyle, but they would have eventually adjusted or understood. I am trying every possible way to come out of the shell of lies and I hope someday I will, but I hope that day should not be too late.