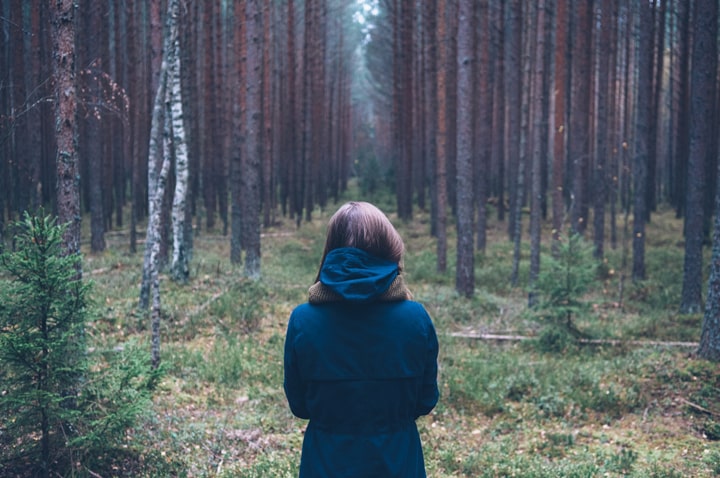 It was back in the spring of 2012 when I first met A. We both bumped into each other while searching for our lecture room in the hallway. Yes, I fell in love instantly. It was indeed a cliche. It was his smile that made me fall for him deeper and that twinkle in his eyes; that sincerity was something I could get myself addicted to.

I came to know A had a girlfriend. He was in a long distance relationship with her. He was not entirely happy with the idea of having a relationship with her and that was evident on his face. He tried to persuade her to let him go but she was too adamant to let him free. He cried all these months, suffering in silent while I watched him helplessly.

She liked the idea of being in a relationship with him without her presence by his side. She devoured the gifts he bought her, the attention he still gave her despite his bleeding heart while she continued stabbing him mercilessly in the chest..but one day, all that stopped.

He found her cheating on him during a surprise visit.

He was shattered into a million pieces and for the next few months, alcohol and him were inseparable.

In 2013, on a cold autumn evening I received a call from A. He asked me if I was available for an evening jog, just the two of us and I said yes, suited up in my sports attire for the cold Russian autumn, I jogged to the park and saw him waiting for me patiently at the park bench with a smile on his face.

A and I finally celebrated our 4th anniversary together. We got engaged in our third year and he wanted to marry me straight away but I needed some time for myself before I fully committed myself to marriage.

There are of course several ups and downs but we still made it through; the only problem was that we were 2 people, deeply in love with each other from 2 different countries with the same religion and beliefs.

I started working as a junior doctor back in Malaysia and A was still not done with his entrance examination to qualify as a licensed doctor to be able to work in India despite having to re-sit it more than a dozen times. There was a strain in this relationship and I could feel it when the phone calls became lesser, 'I LOVE YOU' was whispered without any love and he stopped caring, but I assured myself that it was just a phase. Our parents decided to have the wedding in march of the following year.

6th January 2017, my dad was diagnosed with a malignant tumor in his right brain. I called A for emotional support but due to the distance, A wasn’t able to make a trip to visit my dad. The days that followed were nothing short of a nightmare; private hospital, operations to prolong my dad's life, my mother's uncontrollable tears.

I needed emotional support but A stopped calling, no texts and he changed his number too. Honestly, I had no idea as to why he was acting so weird. My father was his father too, right?

18th January, dad slipped into a coma and he never woke up. He was not even offered a chance for chemotherapy. That night, around midnight, as I laid my head on the pillow I received a call from a private number.

It was A, I was not sure if it was a relief to hear his voice or just plain anger because he hadn’t called in the past 2 weeks. I managed to let him know that dad slipped into coma before he told me his bad news, my heart skipped a beat when I heard him.

He wanted to call off the wedding because his mother thought I might not be a good wife to him, but he will always love me. He asked me to just accept the truth and move on. Really? Was God watching all of this?  My mother grabbed the phone from me and begged him not to do it, fearing I might commit suicide.

20th January 2017, dad passed away peacefully after battling with cancer for 33 days. I lost the first man I had ever loved. l hugged his cold body, despite being a doctor myself I was unable to cope with the loss of my father. I kissed his cold forehead, hoping that would wake him up.

Dad was scheduled to be cremated at noon and at around 2 am that morning, I received a call from a private number..my heart knew who it was but my mind warned me not to answer it.

But being a fool. I decided to answer. I was greeted by an elderly man. I knew it was A's father. He sounded sad and before I could tell him about my father, he dropped the bomb. A passed away in an car accident.

My heart sank, and I slipped into darkness.

That day I performed my dad's final ritual, I wiped away my tears and controlled my emotions. Only God knows how much I was aching on the inside.

I haven’t told my mom about it even till date. That unfortunate day I lost 2 men I loved the most. People ask me how I am able to still work and serve my patients with a smile; I put on this fake mask every morning before I arrive at the hospital..

Right now, I just want to take one step at a time. I miss you the most dad. I wish I could just hold your hand one more time and A, I will love you forever.