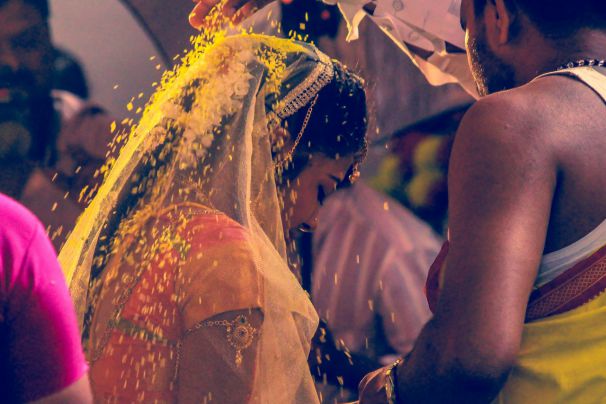 It changed me as a person. The bird was soaring in the sky with high spirits as if she had touched the horizon, but suddenly a fellow bird smashed into her and she got ripped off her wings!

I am a healthcare professional, doing fine in career and by nature a happy go lucky person. I was 31 when I got engaged to the most suitable match my family could find for me. It all looked so perfect and rosy at the time. He and I started going on dates, dinners, shopping, booking vendors, all in pursuit of making this few months' journey of engagement to wedding a memorable one and of course we wanted the celebrations to be nothing but the best.

Those months were the best days of my life I believed. I was bubbling with happy hormones, and putting all the efforts in preparations. Being a single parent's child with minimal help available from others, I was still very zestful about everything. Having invested all my emotions in the relationship, I couldn't see anything beyond that. Though a part of me deep down was watching things happening and yet remained silent.

He used to get episodes of excessive anxiety, panic attacks, crying spells for which I was the one who got blamed quite a few times.

I did not realise it back then, but I was getting depressed with all that and started losing my sleep and overreacting to things. But as they say, destiny has its own plans. He and I tied the nuptial knot and on the evening of the wedding, something inside me was just not happy. I turned a blind eye to it. For me, who had always thought of physical intimacy happening in the most spontaneous way possible on wedding night, it came as a shock. From his initial reluctance for the act to failure at performing the physical part of the marital relationship, I silently kept witnessing it then.

IT WAS A BIG SHOCK. He could not consummate the marriage!

I kept trying; submitting to his not so desirable ways of making love, started blaming myself for it, accompanying him to experts having a ray of hope that the situation would improve. Due to my professional background, I knew, he needed a consult with a shrink but when I told him so, I was labelled a sex starved woman who has nothing on her mind but sex. He became so indifferent to me. By this time I had to take help of an expert for myself, and was told that I have reactive depression!

On one not so fine day, he left me at my father's place to never come back or even talk. Months passed by. I had become a fragile person, the moment somebody asked me about my marriage/ husband/ celebrations, I would just break down. To me and my family's shock, I got to know that he was also a permanent resident of another country besides India and has flown there about which I got to know few days later from his neighbors.

As anyone may guess, it was the end of the relationship, but to me it seemed as end of the world. Already overwhelmed with melancholy of separation and no communication from him, this very information made me think I was taken for a ride. Days passed by, I started believing that this marriage is over yet unable to bear the excruciating pain of losing him. Someone with whom I had pictured rest of the years of my life, he was nowhere around.

The most obvious and the most unpleasant thought at that time in mind was "Why did it happen to me"?

Somehow I gathered pieces of my shattered soul to come out of the miserable situation I was in. I started with my treatment, got little better and lay my hands on the humongous task of seeking divorce from my spouse about whom I had no idea where he was, had no contact information of him. After a year and a half long battle, I finally got the good riddance.

This was one life event which changed me as a person. One has to embrace the unpredictability of life and it takes a hell lot of courage and efforts. I came out of it much stronger, more independent, could see the difference between right and wrong for myself. It took time, but post divorce bitterness was gradually replaced by thoughts of self love. But there is a flip side to it too, I have got trust issues and anxieties, but am trying to deal with them with my best efforts. I won't give up.