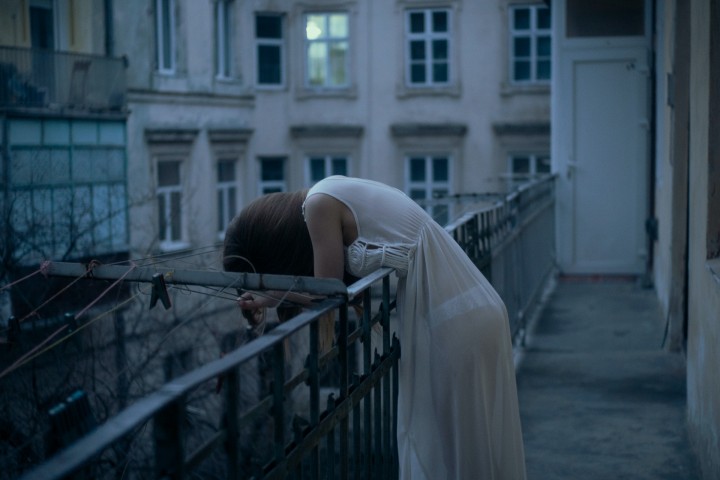 I am from a middle class muslim family from South India. Though my father is a heart patient, he gave beyond our standards to my husband's family and gave my hands to them to take care of me life long.

When we were getting married, they lied to us about each and everything(his salary, his health, their financial status). My father didn’t do any backend checks. Neither he did nor allowed me to do. He blindly believed his family's words and from the initial stage after my engagement, we faced many abuses and still neglected them as we are from girl family and it happens in the society.

But it didn’t stop with engagement or marriage. They started completely depending on me for every single spending at home. Though we stayed separately from his parents, his mother controlled all our house, even what curry I should cook everyday.

I am a very proactive girl and show my attitude if people are bad with me. So after 1 month, I thought to do the same with my in laws, but got suggestions from my friends like- be good for one year or so, then your husband will love you and understand you and then no abuses will come to your family or you. Here abusing was for money initially. Later they dragged it to my dressing, cooking.

Being a software professional I can say I never wore worst dresses at least. But still, my husband said to me on my face that I wear all cheap dresses, how maids wear. I was really disappointed with those words. Are maids not humans even, to tell like this? So I asked him to bring some dresses which he liked. He never did that.

Here we are not husband and wife, neither are we like friends. He just talks to me about my salary and money- that's it. He never ever talks anything more than that. We never even had sex.

After one month of our marriage, I told one of my friends and she suggested to me that he might be shy type so you take the first step. Then I tried something, which failed with his sleeping. I thought he might be tired. Again, I tried every second day including weekends for one month. All the days the response I got was, he just threw my hand aside and went to sleep.

After 6 months one fine day, his mother wanted my salary in her account. Not even a single paisa I must keep with me. I opposed that because I was using all my salary for both of us only. We were not even saving. So, I opposed to give to her because she is a very luxurious person who if she has 10 rupee in hand she would buy an item for 100 and show as if she is a crorepati.

They don’t even have money for regular health checkups. When I opposed, both husband and she stopped talking with me. I stopped eating food and got hospitalized for 2 days due to the sodium levels coming down. Even when I was in hospital, they asked my brother to take care of me.

That day me and my brother decided that this must be taken to elders and my brother dropped me to my parents. From that day, my husband never answered my calls, never saw my messages. After 10-15 days he lifted my call one day and told me not to come back until and unless I learn cooking, wear good clothes and respect people( here his thinking of respect is to obey his mother's words about salary giving).

I started opposing here and asked what I didn’t cook well. What type of dresses I wear which you haven't even bought for me. How your parents are talking with me without getting respect from me. He told, see how you are talking. I don’t want a wife like this. I told, I am like this until and unless you understand me.

In addition, in front of my parents and brother I asked him how you always threw me aside in bedroom and never touched me and allowed me to touch. He said how can I when you talk like this. It was first time am talking with him like this. I can say it was not wrong even, I said all correct things for which he didn’t have answer and he was saying that as a reason.

He just disconnected the call after my reverse questions. From that day all my elders got involved and asked them for a meeting for which they are not ready. We waited for 6-7 months and then finally they want 20lakhs cash and my one year salary. As per them, I used my money for my parents where I am ready to show my statements that I never used, even I took money from my father.

So they never came and finally it was a harassment case. Even with my uncle on a call he accepted that he is gay. My uncle asked him a straight question as a newly 6 months wedded pair, how can u stay separate from your wife. How you are satisfying yourself? Like when you are married you both are awesome right, then he said NO we are not. And a truth that came after that is, he is having sugar(Diabetes) and some family members are telling as he is having sugar he is not healthy person as well.

Like they say- if a man has sugar, he doesn’t concentrate on his health and is lazy about thinking about family, sex, life, love. They never think of wife neither nor health. Here he said to my uncle that we are not in sex. Before that, I had tried like anything but literally he was like an animal with no response needed types.

So now, as he is gay and they only want my money, I am giving divorce to him. But I still love him. I don’t know can I move on in my life or not. Even I tried to concentrate on my professional life and started working for more than 15hours, but still I am thinking about him only.

I don’t want to be with a person who likes me or loves me. As I am not a college going girl, just to love someone when they don’t even look at you. I think marriages won’t be successful until and unless you  make love to your wife at least in the Initial days of your marriage.

From my words you can understand. We never talked or did adult things. Now, I don’t know what a husband and wife will talk also, because of my bad experience. Society will say, as you are a divorcee marry another divorcee or marry a person who has kids or something. Does a happy person like a divorcee, and accept her into his life?!

Share this story because many of us are getting duped and going through such emotional traumas even in this day and age.