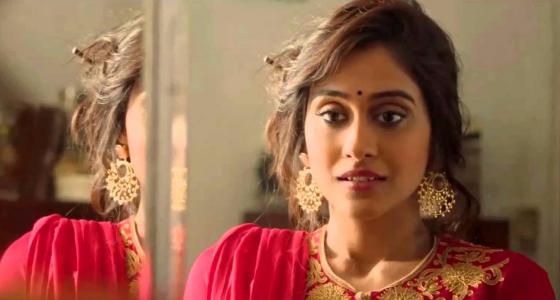 My name is Madhu. I’m married.
Before my marriage, I had a boyfriend, Kishore. We always were extremely comfortable with each other. We thought about the same things, in the same way, and we never seemed to be able to hurt each other. It was perfect. But family came in the way and I decided to leave him and marry the one that my parents chose for me.

Kishore supported this decision too, we never wanted to hurt anyone. But he asked me if we could be friends, forever. I told him that this was something I couldn’t give him. I loved him too much to be his friend. I knew that it would be difficult for him to move on if I don’t leave his life, entirely. I told him that we couldn’t talk to each other, at all, anyhow.

After my marriage, it was difficult to get adjusted with my husband. We were completely different people. Different professions, different food tastes… everything about us was different.

He is kindhearted though, and of course, someone who cares about me deeply. I had his full support when it came to everything. My in-laws were as warm as he was and never asked me to report to them about anything. But even though all of this was perfect for us, there was nothing that clicked between us.

It happened suddenly, I’m not sure when, but slowly, I found myself comparing him to Kishore. Everything about him- his movements, his food habits, the way he spoke to me… everything. I tried to adjust to my new life, accept my marriage in the best way possible. But even our first wedding anniversary was just plain boring.

There was nothing that I could do, to get my husband to change his perception towards me, to show me some emotions. But nothing worked. We were almost like two roommates staying together, but living two different lives.

After two years of this, I bumped into Kishore. This was bound to happen as we both stayed in the same city. He was married now but the two of us, when we saw each other, behaved as if we had just won the lottery. He told me his number was still the same, and if I wanted to say hi, I shouldn’t  be a stranger. I reached home and before I could stop myself, I texted him. I told him I was thrilled that he had found someone, and that he looked so good, even after all this time.

We soon got to texting, and he told me that he could never forget me. That it was very tough to adjust with his new wife and that often, it felt like she was a stranger living comfortably with him.

I was shocked, I told him that I felt the same in my married life too. Hearing all of this just helped me realize that this was not something that I was suffering alone.
I told him that this was something that we would soon get over this phase. We spoke about several ways in which we could change things with our respective partners.
It just made me so happy to hear his voice, talking to him, even about our own partners, it was thrilling and to be honest, heart-warming. Soon enough, we started chatting daily. He’s very talkative, and even after all these days, he found a way to make me smile and include me in his life.

It seems strange to say so, but I started loving my life, my work, my husband more, now that I had Kishore back in my world.

We became the others confidantes when it came to our lives and it sure felt like everything was going to work out just fine. One day, Kishore told me I should confront my husband about his dull behaviour towards me. It took me a while before I dared to ask him these questions. Finally, one day, after dinner, after his parents went off to sleep, I asked him.

His story was a surprise to me.

Before he was married to me, he had a girlfriend. He was in love with her, madly. But when the time came, he couldn’t talk to his family about her and this is how he ended up being married to me.

I mustered the courage and asked him if he wanted to end our marriage; to go back to his girlfriend. I didn’t say a word about Kishore and thought it best to see what my husband had to say. But he said that he would do his best to protect our marriage and that he didn’t want us to come to an end.

After this conversation, my husband and I started our new life. I know that it was difficult for him to do this, but somehow, it wasn't difficult. There were moments when we were truly happy: I even gave him space to make him feel comfortable enough to start trusting me.

In all fairness, we both showed the other the best versions of ourselves, but somehow, I couldn’t find it in me to stop thinking about Kishore.
We are two bodies, with one soul. And to be separated like this, it was cruel. There were many times when I told Kishore that we’ve made a very bad decision. We’re the perfect match. Deep in my heart, I know that Kishore and I are meant to be together.

Despite never touching Kishore, I already feel like I’m cheating on my husband- having this emotional connection with someone other than my husband- that’s enough to know that I had to leave my husband for him.

I’m scared.
On one hand, I want to be with my husband and I love him for trying to help us the way he is right now. On the other hand, I can’t live without my soulmate. What do I do?

Share this story, because everyone should find the strength to fight for the one they love. If not, then it's more than two lives that are heading for destruction.