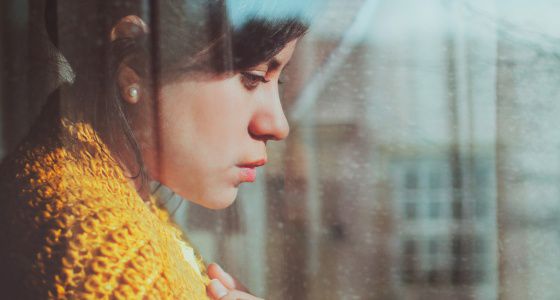 This is the story of the first and last love of my life.

He’s my relative and the first time I met him, was at a relative’s wedding. There was something about him that caught my attention, almost immediately. When I began college, our lives entwined again. I met him at another cousin’s wedding.

My admiration towards him grew every day. He never looked at me, but I was desperate to talk to him. One day, I got hold of a cousin’s phone and I found his mobile number. At that time, mobiles weren’t as popular as they are today, and so I didn’t have easy access to one. However, a friend had one, so I began calling him anonymously. At first, he didn’t show any interest in this and despite calling him several times, for days, he expressed no interest in getting to know me. I spoke to him to my friends often though.

When I joined PG, I still couldn’t stop thinking about him and would try to call him, anonymously, of course. A year later, I called him again, but this wasn’t like the usual ones that he received. This time, I told him who I was. I told him that I had called him accidentally. We spoke for a while and after this, he began showing an interest in me. I couldn’t believe it at first! Was this really happening to me?

Days went on and our conversations increased drastically. One day, we finally met in person and went for a ride together. I felt like I was dreaming. I was in love with him. We began meeting a lot more after this and one day, he called me and told me that he had to meet me, urgently. I was at home that day, so I lied to my parents and went to meet him. We were at an ice-cream parlor and he introduced me to his friends as his ‘better-half’. I was on top of the world.

Before leaving, he told me that he was going to talk to his parents about marrying me. I told him that it could be too soon, for him to have this conversation with them, but he said that the didn’t’ want to wait any longer. I wished him luck and told him I would do the same. That night, I told my parents everything. At first, they were horrified; but I explained everything to them and they soon understood me. I waited for his call the next day, to tell him that I had this conversation. He didn’t call, so I called him again and again.

After that, I tried calling him, but there was no answer. I couldn’t sleep, I couldn’t eat; I didn’t know what was happening. One morning, he answered my call and told me that this wasn’t going to work. When I asked him why? He told me that his father was upset, hearing that he was in love.

His father told him that his son is out of his hands and they had a long and horrible fight. He couldn’t choose between me and his father. I was completely broken from the inside. He said just these few words and disconnected the phone. He didn’t say a word to me after this.

We spoke about our love, marriage, our future, everything was ruined. I went into depression and this news spread like wildfire. All our relatives knew about this and of course, blamed me, the girl for this. My parents were ashamed of me and my dream was nothing but a cruel nightmare now.

I even had suicidal thoughts in my head, but my friends were there to comfort me. One day, I was shocked to hear that his marriage had been finalized. He had changed his number too, so now, there was no way to reach him. My life, studies, everything was ruined because of this. After a few months, my marriage was fixed too.

And to my luck, I was marrying a close relative of his; one who knew everything about our past. It’s been eight years now since I’m married. And he’s my relative, so of course, we’ve been bumping into each other whenever there are family functions.

Whenever I see him, my heart still aches. I can’t help but wonder what would happen if I went up to him and spoke to him about us, about what went wrong, but I know better than to try something like this.

Share this story, because a first love isn't easy to forget.

LIFE IS TOUGH
BAKKAR. CHAI. SUTTA
CULTURE SHOCK
LIFE IN THE TIMES OF CORONA
LET'S FACE IT
YOURS GEEKLY