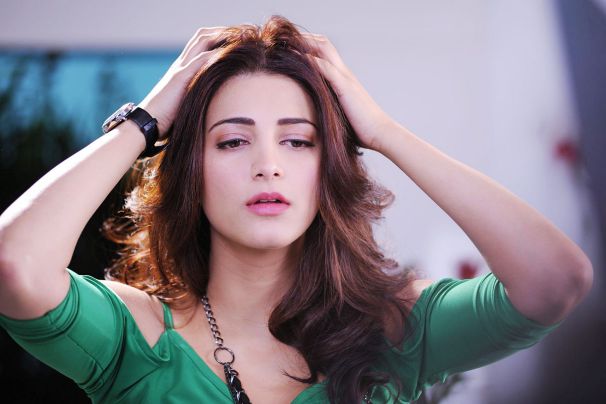 Life has its own ways of teaching you things. I met a guy and my life changed, but not for the better.

I am a 19-year-old Christian girl from Hyderabad. When he first came to our church, he was a crazy drug addict, a drunk with a horrible hairstyle akin to roadside Romeos. He was a Hindu who converted into a Christian. His life changed after he became a Christian, even though his parents where against him becoming one.

Our friendship started on Google+. He used to come to church but at that time, I never liked him, in fact, I found him disgusting. Slowly, as the months passed, he started changing his ways, started becoming a good human. Maybe he had faith in the word of God.I was 16 and he was 20 when we started chatting in around March 2014.

Being young and naïve, I wanted to experience what it was like to have a boyfriend.

And so, I fell truly and madly in love with this guy; who by then was a dignified man. As our friendship grew stronger, we started liking each other. And then it happened! He proposed to me on the midnight of October 1, 2014. And my answer was obviously YES!

My Pastor was not so happy about this proposal as this guy didn’t even have the guts to tell my pastor about us. The church teaches us to come under the counsel of the leaders, i.e. the pastor, but this guy didn't do any of it. In fact, it was always me who was open to everyone about our relationship. This guy never opened his mouth to neither his parents nor my pastor.

I was always bold and didn’t fear anything. I loved him with all my heart.

I even went to the extent of buying him clothes and an electric guitar as both of us are musicians; he is a guitarist and I am a pianist and vocalist. We are also bible college students who are getting trained to be missionaries in the future.And then one day, we did something that we shouldn’t have.

We crossed our limits and protocols; we sinned! The bible states that we should not do this before marriage but we did. I feel really sorry for what I did; I am ashamed to call myself a bible college graduate and a missionary. I wish that I’d never done it, I wish that I’d thought of what the bible told us and then I never would’ve sinned.

I wouldn't call it sex because we didn’t go through with it as I was in tremendous pain and I asked him to stop. But we did all those things that is included in the foreplay before sex.

The biggest mistake of my life was that I had strong convictions about not doing this before marriage but I gave into it!

My pastor had warned me that this guy was not worthy and I just blew it all up. God forgive me! Today he has become such a selfish, unkind, rude, arrogant and stubborn man. There was a situation in the dormitory where we both live. It so happened that my roommate had finished the rice that was there and only some curry was remaining. I knew that the boy’s dorm always had enough rice to feed an entire village. As I was hungry and tired to cook, I asked this guy to give me some rice. And his reply shocked me!

He had the audacity to tell me "Stay hungry for one night, what’s the big deal!”

No guy in this world would ever tell this to his girlfriend whom he loves so dearly. It hurt me a lot. But he was always like that. One moment he’d say that he would take care of me after marriage and the next moment he would come and ask me for money.

I’ve done everything for him but he says that I didn't give him pleasure in bed! He makes it sound like I used him! It was done with our consent, we thought that we'll marry each other in the future but with a guy so irresponsible, I don't see any future.

My parents were divorced when I was 10 and I don't want the same thing to happen in my life.

In our two and a half year relationship, we have had several break ups and patch ups, but now it's enough. He has come to the point of blackmailing me, threatening to tell my pastor everything. I have told my pastor that I blew it up but I didn't mention the details, only confessing that I did some really wrong things. This guy has even become violent with me, he once pushed me in anger and I hurt my hips, but then he said sorry.

He always does it, he hurts me, and then apologizes. But how can someone who doesn’t value his own family, ever value me!

He says that I don't love him, doesn’t he realize that I wasn’t mad to spend 10,000 rupees on a male chauvinist like him. Yes, I had gone mad; I was so madly in love that I disobeyed the orders of my pastor for a man like him. He never did anything for me; didn’t even remember my birthday till I told him, whereas for his birthday, I would get him a cake, go to various stores to get him the perfect branded shirt. All these are small things but it is these small gestures that make wonderful memories.

He may be a good man but his ways are not sensible. He insults me in front of everyone in such a way that I’ve lost my self-respect. But if I were to insult him, he would get upset and break up with me.

We’ve broken up so many times that I don’t even take it seriously anymore.

Now, I just want to be away from him. There's no love between us. But he threatens to torture me; he says that he won’t let me marry anyone else. However, I’ve taken a decision and will stand firm on it. He broke up with me this time and when I said that I don’t want to get back together, he started showing his true colors. But I will not go back to him.

I’ve learned to listen to the counsel of elders and never compromise on my beliefs.

I am a strong girl and I will fight back.