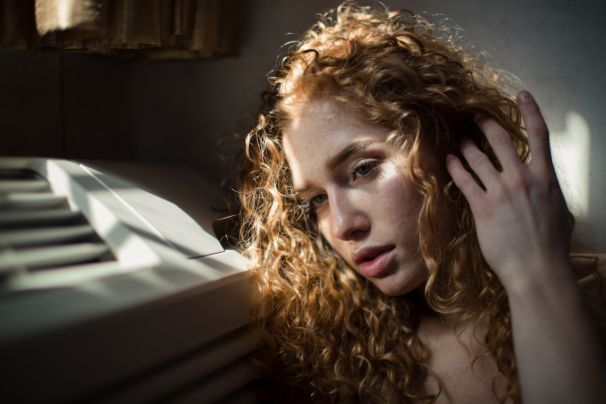 She was a girl with big dreams and a positive attitude. She never imagined that she would fail in a relationship but she did. She had everyone around to gather her up but she wanted to know the reason behind her fall. No one succeeded in making her believe that it was not her, it was the circumstances. She kept on wondering how someone could fall out of love all of a sudden until she heard it from the person herself. He was never in love with her, never. And the delight in his voice tore her apart. She was in love with someone who had forced himself to be in love with her. She freed the person but had fallen in the trap herself. It took her a while to gather herself back. She started living her life until she met someone.

She was instantly attracted towards him, maybe it was what is known as "love at first sight" and she couldn't believe that it had happened to her.

She was the kind of girl who was shy but with him, she came out of her comfort zone. She approached him and to her delight, it was reciprocated by him. He welcomed her, making her believe that it was not a dream. She got the courage to confess her feelings to him. She was head over heels in love with him. Love is blind, they say, and she was blind indeed. She was blinded by one-sided love again. Confession of her feelings was followed by his rejection. The rejection was such that he broke all ties with her. She was trying to understand her destiny. She was questioning it, why had her love always turned out to be one-sided?

The answer was the same, he was not on the same page as her.

She trusted again, loved again, and it was intense this time. She had never felt this way earlier, butterflies around, goosebumps upon his touch, the tenderness in his kiss and the comfort in his hugs. It was all gone, this time she had fallen with greater intensity, and as per Newton's law, every action has an equal and opposite reaction. Holding herself back became an exhausting task for her. She feared to fall in love after her first experience but falling in love again was not in her control. She feared being scared again but this scar was the deep one. She cried for days, letting out her pain. But she was strong. She accepted the fact. All the events made her realize her worth. She was falling out of love and so she started loving herself. She forgave herself. She made herself understand that some people are not meant to be there forever.

They come, stay for a while and then they leave. She cannot hold onto someone without their will.

She was never judgmental. She kept herself in his shoes and tried to understand where he was coming from. Accepting her fate, she decided to turn that page of her life. She was strong to do so but now she was tired of trying to fill up those pages. She has hopes but somewhere they are losing their strength. She has got one life so she is still holding on.

Share this story if you believe that sometimes losing love can be empowering.

I Was Brought Up In A Slum: Here's How I Changed My Fate