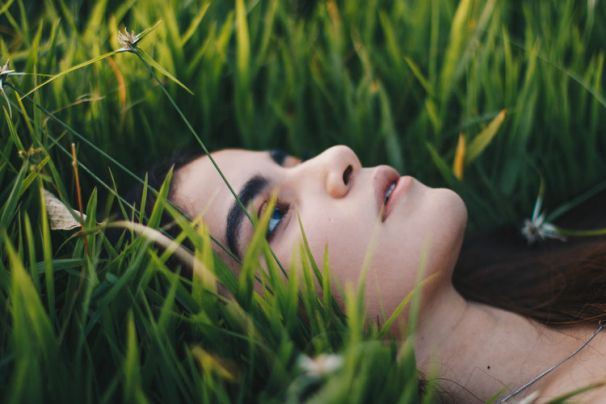 I am another regular Indian girl who is in her 20s. I love Shahrukh Khan movies, fairytales, and yes, the happy ending shit too. I have dreamt of getting married from the age of 15. In fact, I have also decided on the songs on which my cousins and I, along with my to-be-husband would dance to my sangeet. Sounds ridiculous, isn't it? But not to me.

I have had my share of relationships, heartbreaks, and breaking other’s hearts too. But I was always waiting for the perfect guy to come in. Little did I know he would be my college senior who I always thought was really cute and shy. I never knew he could be a girl wooing kind of guy as well. Long distance was written in our destiny. We stayed in the same city, were in the same junior college, and now we were graduating from the same college but not in our hometown. And when I left college for my internship and came back to Mumbai, is when I started falling for him. Who wouldn't love him? He was perfect. My friend and I used to describe him as MM (marriage material).

Yes, I believed that he was the one. He was the one I saw my future with. Now the man of my dreams had a face. I knew he was it.

We spent a year and a half so happy. Our parents knew about us. His parents already treated me so well. They also had plans of engagement in their mind. I couldn't ask for anything more in my life.

Then he went to Canada. We always knew that one day he would go, and it will again be long distance and we were prepared for the same.

I went to another city in India itself for the job. Things were still good, but his possessive nature increased and our relationship started going haywire. I always wanted my boyfriend to be my best friend first and then my lover. But he could never understand me. He would fight when I went out with guys as if that was the end of the world. And one day, my patience gave up. I just stopped thinking about him; I started to un-love him. And there began the biggest mistake of my life. I started going out with this really nice guy at my work. He loved me so much. He was charming, tall, dark, and handsome. He was everything I ever wanted. He became my best friend. He would understand me in and out. We started living together which was a huge step to take but I never found it too difficult at all because of him by my side. He was a total charm. And we were so crazy together.

A year and a half passed by and I had to leave my job because of family problems.

I came back home, sad about leaving my work and him. Destiny came back and my ex came back for a vacation. We were on friendly terms till then. We decided to meet for old times’ sake. I can absolutely remember each and every moment of that time. I met him, and it felt exactly like the first time I met him three years ago when we started dating. I fell in love with him all over again. I cried my heart out every night. The way I had tortured him and broke his heart, the same was happening to me every second, every minute. Karma hit me hard.

I had a boyfriend who loved me dearly but I wasn't loyal to him because all I could think about was my ex and the guilt that haunted me day and night.

I told my ex about my feelings and unfortunate as I was, he said he still loved me but couldn't bear all this again. What he taught me in life was to always speak out my heart to a partner. So I told the truth to my boyfriend back at work. He was so understanding that he supported me and said he will still love me. But here I am now, I had already lost a gem of a person before, and now I don't have any love left to give to the person who was with me in my hard times. Karma is really a b****. My ex took a year to get over me. He couldn't sleep and now that's what is happening to me.

There are times when we can't comprehend our own heart feelings. But that's natural. This is how we learn. Share this story if the same has happened to you too.