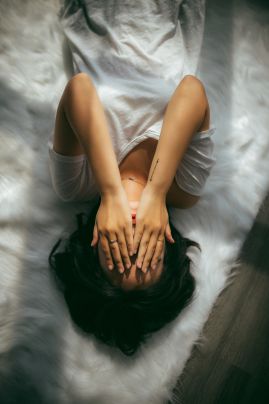 Never compromise with your happiness just for the sake of society. I am a girl from a small town who didn’t know how to fight for her happiness.

It all started six years ago when my life was going awesome.

I just took admission in an engineering college. There, I found a group of friends with whom I was very happy. We used to enjoy each moment of our life. Then I met him. He was very different from the people around me. He proposed me first but at first, I denied his proposal. But I offered him to stay as a friend and he agreed.

We started talking and slowly, I was falling for him.

I never told him, but now I can't think my life without him. He never proposed to me again and I never told him about my feelings. But we behave as girlfriend-boyfriend in front of each other. I used to become jealous whenever I saw him with another girl. He also cared for me like a very protective boyfriend. Then the day came when we had to say goodbye to everyone, yes the last day of our college. He went to the USA to complete his M.S and I started searching jobs in India.

In the USA with his education, he also started working on his dream start-up project.

He was very busy in his life but still, he was always available for me whenever I needed him. In the same time, my family started looking for a suitable match for my marriage and finally, they selected one. I told him about my marriage and he became furious. I explained my situation to him that we were from different caste and my family would never accept inter-caste marriage.

We started fighting on the same topic, he used to cry on phone but I never cared.

In my brain, I was convinced that I had to marry the guy for the sake of my parents, for society. Every day he used to call me and convince me but I never listened to him. One day everything stopped. He never called me or texted me after. I started missing him, but anyway, I had to marry the one my parents had selected for me.

Today, I have completed two years of my marriage but still, my husband hasn’t been able to replace him from my heart.

I pretend to be happy from outside, but deep down I am broken. After completing his MS, he returned back to India and he is a successful entrepreneur today. He has a girlfriend now with whom he is very happy. I texted him one day but he never replied. Never compromise your happiness for the sake of society. I am broken from inside but today no one is here for my rescue. My parents think I am happily married. Today I hate myself for every night I fought with him, not giving him a chance.

It's all my fault and I am paying for it today.

Certain things are destined and we can't change its course. Share this story and let's see what people have to say about it.