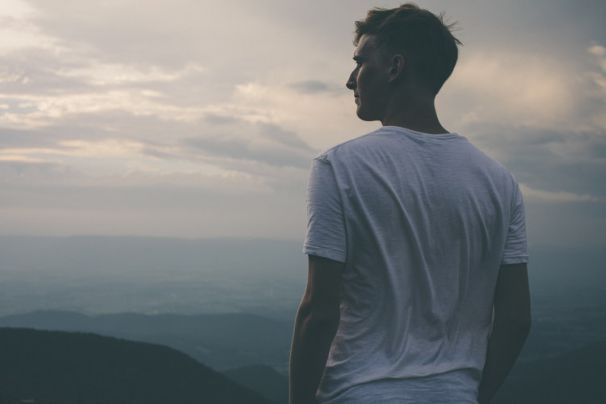 It was in early 2010 when I fell in love with her. We used to travel by the same bus most of the times as we were working in the same place. I was broken from my previous relationship while I met her. It is quite natural for two people, belonging to the same workplace and having very less age gap, getting attracted to each other. We exchanged numbers, views and ideas, and eventually, exchanged our feelings too. It went so high that she resigned from my office and went to a different city. But again came back in two days and joined the previous office with me. We came closer and so did our feelings.

We started talking till wee hours and on one such night, I put forward the proposal and she agreed to it.

The blissful time had just started, I kept thinking. We started going office together on my bike. Even the hardest of summer and heaviest of rains could never deter us. A few months later, we enrolled for PG courses in the same institute. It was quite enjoyable. She was a bit better than me in academics. She stood at No. 2 in the entire discipline in the institute.

She got placed through campus interviews (two companies) and I could not click any.

Initially, she used to console me, help me get better opportunities. In 2012, we graduated. She left to join her first company in October. I helped in her pre-joining activities and getting the assignments done. I also taught her some new skills which she was not aware of. It went very well. Farewells are never easy. But we were in touch constantly. I even visited her in Chennai. Due to non-availability of berths, I had travelled in a sleeper class and halfway standing. She always used to say, “I miss you. I can't live without you.” Even on both sides, our parents had given green signals for marriage. I used to visit her parents both in her presence and absence too.

She left that job and joined another one she had got through campus. Again for the first few months, everything was fine. She even had sent a gift for me on Valentines' Day. Shortly after, the phone calls decreased – the chats, the SMSs, and Skype calls.

A day came when she would call me only once, after returning from office at 11. I kept on thinking that perhaps, it was due to work pressure.

After a few more days, there were no calls or chats. Everything was shut in just 15 days of time from Valentine’s day. I could not understand this weird behaviour. I tried to talk to her parents but the response I received from them was very cold. It was rude, baseless, and bogus.

I knew this was it. She had shown me my worth. In the end, I was earning a bit less. My friends, colleagues, and even my parents kept on asking about her and our much-anticipated marriage. Being broken and hiding from people was not so very easy. Only I know how I have dealt with such an ordeal. How I have dealt with pain, loneliness, and depression.

In May 2015, I was on an official trip and got an update about her marriage on Facebook.

Soon after, she blocked my profile on all social media platforms. But yes, she could have at least spoken about the breakup. It has been four years and I am still clueless about the reason behind it. I am a relaxed and easy going man.

And, my dear ex, if you are reading this, I do not have any regret saying that you do not have the bones to say a simple truth.

I stood by your side whenever you needed me. I was there in every step to fulfil your dreams. I never cheated on you. Otherwise, it would never have taken more than four years for me to make my mind. I still find girls hitting on me and I am more handsome and fit now than I was before. A person in a court is well informed about his/her charges and even gets a chance to defend the same. You did not even give me a chance before cutting down all ties. Last but not the least, your beloved and much-hyped-social-media-tagged-cuteness-personified -so-called-husband would never be so understanding the way I was.

I don't have any regrets about being broken up.

Breakups are never easy. You could have made it easy for me with a line of truth at least. And as you used to say, “I won't forget you ever and all.” It was all nonsense.

P.S.: I will be married in the next sixteen days. The world is round. Somewhere or the other, I will meet you. And then you have to answer me. Where did I go wrong? This is the only question I will ask. It won't even take much of your time. And yes,  I thought of inviting you for my marriage, but I will love to play tit for tat. And you would anyway be busy like hell with your hi-fi job and husband so I won't send you an invitation. I had a tough time recovering from you which no one can imagine. Moving on is not that easy. I wasted three youthful years and four more years to compensate for the same. And I know I have a good time waiting for me. My would-be wife is keen to see me as her groom and I have similar feelings for her.

Keep your answer ready, my ex. I will ask you some day.

Healing takes time. Share this story, if you wish that the author cope up with his loss and the marriage marks a new happy beginning for his life.