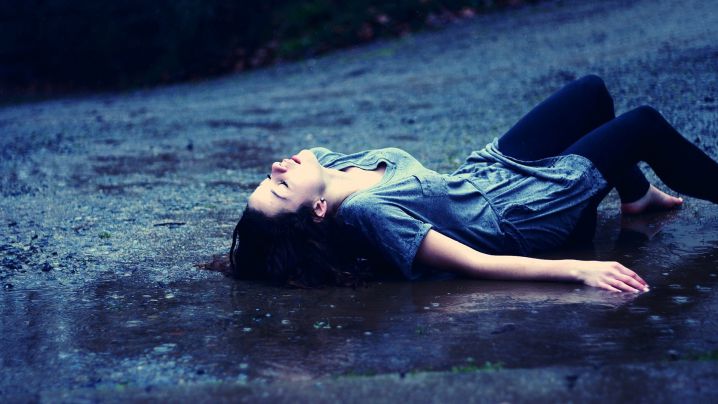 It has been a little over 2 years to our breakup or rather me distancing myself from him. Perhaps there was nothing real in the relationship. Anyway, love stories shouldn’t be narrated on a sad note for there are moments I cherish even though it didn’t last long.

I'm Arya and like Kareena from ‘Jab We Met’ totally in love with myself. Honestly, I adore myself and have inherited this from my mom and partly learnt from circumstances faced in life. And just before you make any assumptions, I'm not a snob and have friends aplenty, which was a major gateway to meeting Ryan.

I was returning to college after my winter break and remember mom seeing me off in the train where he was on the opposite seat. Bidding her a quick good bye, I glanced at the passenger list and memorized his full name.

For the record, he isn't exactly good looking. Tall and dusky with sharp features and puppy brown eyes but I somewhat liked him!!

We settled at our respective seats and once the train started rolling, I took out my favorite novel to accompany me through the distance. Few stations later, we got to chatting (which he initiated) about our lives and work. Ryan asked me about the purpose of my stay in Delhi and I unveiled about me pursuing MBA. This was followed by a few more boring questions and answers, wherein I came to know that he worked at a hospital. Funny as it may sound, I thought he was anything but a doctor.

So Ryan was my first ever ‘doctor friend’ and I say ‘first’ because my mom always warned me against doctors, given her belief that they are big time liars and cheaters.

Ryan, like a true gentleman, made me feel comfortable and even helped make my bed in the bunk. We shared a couple of funny moments before dozing off. An early birdie, Ryan was sipping onto his tea when I woke up. The perfect gentleman made me coffee and it was then that I felt upset, wishing our journey never ended. I wanted to hang around, talk, listen and laugh with him.

The urge to connect was so strong that I contacted him on Facebook. I was so stupid!! Ryan was older to me and referred to himself as Gen X (old fashioned) and me Gen Y (the adventurous lot). Eventually, I came to know about his odd long hour schedules, which hindered regular conversations. This apart, he also told me about his doctor girlfriend with whom he broke up recently. I felt sorry and decided to be by his side through this tough phase. I was indeed taken aback when he paid me a surprise visit on my birthday, travelling from far end of Delhi to Noida after a long day at work. While I was happy about our friendship he refused to term our bond as ‘just friends’ and believed I meant much more than that.

He was caring, protective and possessive and I loved this gesture…who wouldn’t want to feel special and exclusive.

Post my birthday we met once at a mall before he invited me over to his place. Though a little hesitant I accepted the invite, thinking it rude to turn down a friendly gesture. A one BHK with scanty furniture, a few plastic chairs, a bedding crowded with books and a makeshift bedding on the floor but it felt home.

We cooked food, listened to music and chit chatted on various things. In our friendly banters we forgot the clock and upon request I stayed over at his place to avoid travelling late in the evening. A quick change into his tees and shorts, an amazed yet cute look from him, a lavish dinner and we were on his bed watching a movie and listening to music. I promised to take him out on a shopping spree for a makeover and get him a girlfriend. It was midnight when he played me his favourite song, ‘The Kiss’ by Trevor Jones from The Last of the Mohicans, and asked me to sing for him in return. It was silly but a sweet request and I gave in. This is when it all happened and wish I had stopped it. I was astonished at the sudden peck on my neck and though he apologized I reciprocated by kissing him. It was a passionate kiss before we dozed off.

The next morning an awkward silence covered the room for things were really planned. I suggested we pretended normal to which he agreed. I was hurt but decided to move on because we weren’t dating yet. All went well till he started showing signs of love and though he warned me of not being the perfect guy I ignored and set ahead to explore this new adventure of my life.

Our relationship bloomed and within a few months I had covered most of Delhi with him. We shopped, went on crazy bike rides, enjoyed being intimate at his place, etc. However, despite everything he kept himself aloof, he was everywhere and yet nowhere and I never acknowledged these alarms. It was during one such outing at his place when I unleased a truth he had long been hiding.

I woke up to an empty house with him off for an emergency duty. To evade boredom, I turned on his laptop only to find a customized display with his and his ex-flame’s names as logo. I was blank and pissed, actually a lot more than that. I was fuming with anger and had no choice but to wait for him to return and share an explanation. On being confronted, he said that it had been set up during their relationship and he never got it fixed post that. Though I gave in, curiosity had seeped in and I did a thorough check of his laptop only to find his girl all over the system. Knowing it to be useless of confronting him yet again and be hushed with excuses, I decided to meet his girl and sort out things. The story she narrated shook my grounds and I recalled my mom’s alerts of being away from doctors.

Ryan had never had a breakup and the two were all set to tie the knot by the year end, which all made me just another girl with whom he fooled around. When confronted by both, all he had was an apology, closing another chapter of love rather lust in his text book.

This incident left me in pieces as I had not only lost someone I thought important but it was also my first interaction with deceit and betrayal. For once I thought of fighting his ex-flame and get him for myself but her sobs and agony rang in my ears. Also, how would I ever lay faith on someone who could cheat on his fiancé for another girl? I might turn out to be the next victim lest I continued with him.

First of everything is hard to forget and if the fight is with your emotional being, the challenge increases manifold. It took me 2 years to recover not to mention the multiple rebounds, emotional turmoil and nightmares.

I still remember our last meeting when I felt like throwing my coffee on his face and slap him hard for what he did but refrained from doing so as he was not worth my anger either. His girl had apparently shared the whole story with their respective families and all everyone thought was that I was the manipulative one framing their innocent guy. And, this time I wasn’t shocked at the weird behavior.

I decided to close the lousy chapter and move back to Kolkata, my hometown. What astonishes me till date is how the lady could set upon her life’s journey, forgiving the man who cheated on her before marriage?