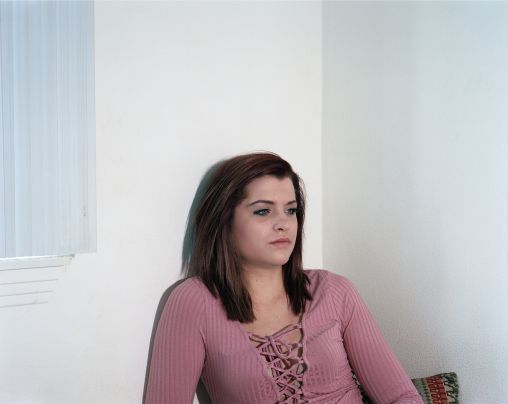 It all started two and a half years back. I had just started doing my engineering. I was a happy go lucky girl. I was a part of a dance group and we would practice our steps together regularly. We would hang out during the weekends, go out for movies, have our lunch and shop together.

One day, I got a request from another friend of mine on my social media account. We started chatting and after a few days we exchanged our numbers and started talking over the phone. I had already decided to go home for the upcoming Christmas holidays. When I told him about my plans, I realized that he too belonged to my town. So we decided to meet each other there.

We met at a coffee shop the next day. I was eager to meet him and had butterflies in my stomach before we met. I was amazed to see him.

He seemed to be a very shy person. He was very handsome.

He had curly hair and was perfect in every way. He looked very masculine, had light brown eyes and had a fair complexion.

For the first time in my life, I felt that I had met the man of my dreams. I was attracted by his looks and loved the way his face dimpled whenever he smiled. I knew I would fall for him very soon but I didn’t express any of my feelings to him at that time.

We just chatted casually. When it was time for us to part ways, I don’t know what came over me. I just went close to him and said, “You have beautiful eyes.” He smiled at me. We talked to each other all through the night after that and I started visualizing my future with him. We continued to do this for a long time and slowly I got into the habit of chatting with him all through the day and night.

He proposed to me after a few days. I too was keen on developing this relationship but I got to know that he was still an undergraduate.

He had discontinued his studies because he was facing some financial problems. But when he proposed to me he promised me that he would continue with his studies that very year. I was happy when I heard this. I trusted him totally so I accepted his proposal.

We faced several ups and downs by the time we completed one year but we cherished the happy and sad moments of our lives together. We had become physically intimate by now. Slowly he started looking after his business. But whenever I asked him to continue with his studies, we ended up fighting with each other.

I now realized that he had the habit of digging up all my past mistakes whenever we argued about his degree.

He then started having problems with my friends, my dance practice and everything else that I did. I had already told him that he and my best friend had completely different places in my life but he now had a problem with that too.

I had to distance myself from all my friends in order to fulfil all his demands.

I now started bunking my classes just to be with him. By this time, he had bought his third Android phone. He also bought a two-wheeler and a four-wheeler for himself.

But whenever I asked him to finish his degree, he would say that he was still facing financial problems.

I then decided to give him all my pocket money. I thought he really needed the money. I wanted him to get his degree first.

But I was astonished to see that he was not ready to do that.

He now started fighting with me regularly. He called me a bi*ch and a gold digger. He then said that I had slept with my best friend. I was shocked to hear all his nonsense. So I blocked him on all my social media accounts and on my phone too on that very day. He then did some melodrama in his house so his father called me up and gave me a long lecture. He blamed me for ruining his son’s career. I cried throughout the night that day.

The next morning I called him and told him about it. I said, “How dare your father say all this to me when he has two daughters of his own?” He then apologized to me on behalf of his father and promised me that he would not hurt me anymore.

He plays with my emotions and does not even bother to think about our future. Even today, I feel that he is not very serious about me. We have always been fighting over this issue. I am now doing my 4th year of engineering.

One day, my blood pressure shot up suddenly. I was hospitalized and started missing him very badly. I asked him to come and meet me because I wanted to be close to him physically and emotionally. But he proved to be a cheap person. He came close to my college campus for his business-related work but went away without meeting me. He said he was dealing with some issues in his house so he had to go there immediately.

I was really very angry with him that day.

I returned home the next day with my dad and stopped receiving his calls. I did not reply to his texts either. I knew he had bought another new Android phone. He also went on a trip.

But he didn’t bother to improve our relationship.

He texted me again after a month and asked me if I wanted to go shopping with him. I very politely asked him, “Tum studies continue karoge ki nahee?” He said, “Baby, mai tumko wahi batane wala tha – ki agar admission karunga to koi surety nahi hai ki mai pass karunga.” I was really shattered when he said this. I don’t know why but the thought that struck me at that time was, “Ye banda 2 saal tak kar kya raha tha mere saath yaar?”

He would tell me to let things be as they were now. He would say, “Tum pyar me ego aur agreement rakh rahi ho. It’s like tum padhai karo toh shaadi karoongi. Aage ka aage socha jayega.”

I didn’t know how to reply to this.

All my friends had warned me to cut off all ties with him. They said, “Woh sudhrega nahi.” It's been two months now. I am still not talking to him. I don't know what to do to forget him. I miss him very badly. I want to make sure that I move on from this relationship so I am spending all my time with my friends.

What I do know is that I am feeling lonely and I miss him.

All our education and money cannot buy us a fistful of love or a handful of genuine relationships. But strangely enough, love thrives only when there is financial security. We can take care of ourselves and our families only if we have money, isn't it? A degree enables us to earn a decent living. It's really as simple as that. Let’s share this practical girl’s story and learn to have our feet firmly on planet Earth even when we are in love.