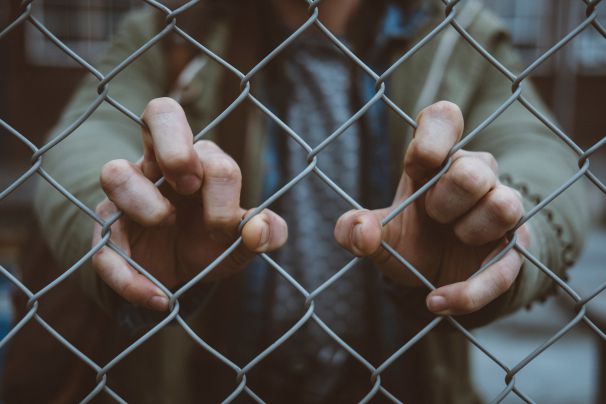 Until the 23rd morning, there were “well over 450 infected cases of coronavirus” in the country. In India. Leading to a complete lockdown in 548 districts, out of the 720 districts that exist in this diverse country. And I’m already getting jittery again since PM Modi is again about to address the nation at 8 pm today. Trust me, millions of us will be hooked on to our idiot boxes in about 15 minutes from now. About tonight, I shall write to you tomorrow.

So, let’s start from the beginning, coronavirus? Well, that’s a long story. It all started as a joke, literally. A virus that was being joked about till just 2 months ago. 2020 seemed brighter than ever for most of us, just like my Tarot card reader had told me - that post 26th Jan, things were going to get better for all of us, the stars were going to align for the better. For some of us mere mortals, who were having a tough beginning of the year. She gave me hope and it did really help get me through a tough time but that’s besides the point.

The scare, I remember clearly, began in January when we started hearing the news about China dealing with a virus that didn’t have a vaccine. I clearly remember the #corona beer jokes and my best friend (who lives in Europe) messaging me one morning, “Homie, stay away from Chinese people. Coronavirus.” It was Jan 28th that day and just about 2 months later, here I am, locked in a house with my sister thankfully, in the financial capital of India. We call it the city of dreams and sometimes, a city that never sleeps, but you won’t believe any of these phrases if you go for a walk outside tonight or any night or daytime this week. A city that makes every woman feel safe at the oddest of hours in the oddest of places because of the 24*7 hustle and bustle on the roads, has been pushed to a corner and has been told to stay shut for the next week and maybe more. In fact, most of India, tonight, and every night till the 31st, is on lockdown. Can you believe it?

A country of over 1.3 billion people has been brought to a standstill because of a virus nobody knew existed or could exist. After all, we’re an advanced human race in terms of technology and the time - we thought we could fix anything in this world, including the climate crisis that slapped us on our faces every single day of last year. It’s convenient, isn’t it? To assume it’s all evolution, and we don’t have to get in the way of nature, without realising we already did centuries ago and sometimes, mistakes need to be corrected. But well, the universe has its way of teaching humans lessons I guess, hence, the gift of a virus that’s deadly but selectively deadly. It’s great for the environment but what it’s about to do to the economy, humans and the world, I find it hard to fathom. Let’s just say it’s giving me sleepless nights.

I can’t say I didn’t see this coming. The numbers, I did. But the lockdowns, no. Even though I did think that was the solution.

It was March 4th when I had a long discussion with my mentor about the coronavirus. He’s mostly right about everything, you know. At least he has been ever since I stumbled upon him in my life. The last time I met him, we basically spent a couple of hours talking about the trickle-down effect Corona was going to have in this country, especially with Holi approaching on the 10th of March. He was sure the festival of colours would make things worse. If we hadn’t reached stage 3 then, we would have after the various Holi parties us careless human beings would’ve landed up at because I don’t know if you know, but most of us humans (especially the young ones) in this world are the most optimistic little things as well. We were warned about corona but we’d go to the party still because in our heads, we will be optimistic that nothing bad can happen to us. Since obviously, we’ve survived many deadly events during our lifetimes and we’re still going strong. Why? Because it's more convenient to be carefree than to be careful. That’s why we say #YOLO or #FOMO more than #JOMO or #SaveThePlanet.

It’s funny how our generation is still so optimistic, even though we have witnessed some of the harshest times lately. The climate crisis, the political crisis, and the various superficial crises we face on a daily basis just because we are the generation that’s more online than offline. Probably how we’re surviving #LifeInTheTimesOfCorona. But what do we do with these miserable times? We get more optimistic every time it doesn’t kill us. It’s sad but true and is, unfortunately, the reason behind why we’re stuck in our houses today.

Just imagine. Had we not been the carefree/careless humans that we want to be today, we’d have stopped the chain by not gathering in masses here and there once the scare and precautions were announced. Since we already know that the majority of the masses in this country may not have access to the real-time news that we do, we should ideally make up for their innocent ignorance as well. But well, enough ranting for today in my #lifeinthetimesofcorona journal.

As I end this journal entry, I want to just laugh at all the tweet jokes that were made at the beginning of this month by truly ignorant souls in the world who found it apt to say “If among a population of 1.3 billion, you fall in the 2% category who’ll die of this virus, you deserve to die because of your bad luck.” Now, tell me, buddy, who is the joke on?