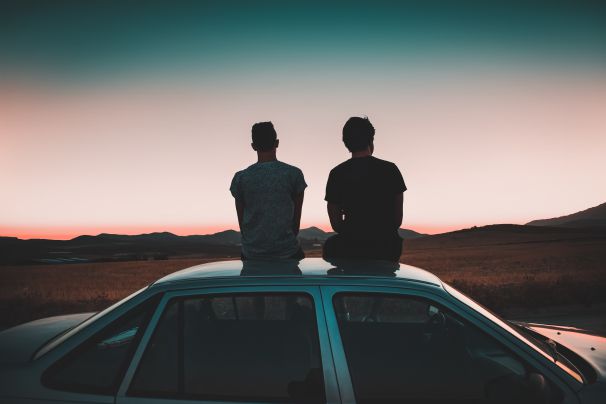 During this period of social distancing, one young man finally woke up to life and said-

If there's one thing I've learnt during this time, as an entrepreneur who cares about the environment, is that- I should have listened to my father.

I am that father.

My son may be worried about the future of this planet in terms of its physical resources. God knows what's in store. I might live a fairly long life but I'm sure I won't see the apocalypse in my time. But if this pandemic has proved anything, it's that humanity's infrastructure is relationships and we've done a poor job at maintaining them. We certainly have enough physical contact (which really sped up the pandemic) but we're going through life being alone together.

I'm going to say what your parents and grandparents have told you all this time and you've consistently ignored them. The entire world is your family. Maha Upanishad speaks of Vasudhaiva Kutumbakam. But in our collective loneliness, we took our family for granted, and now the nCOVID-19 is pushing us back together. No matter who you are or what you have, you are first a part of this family. Anything that happens to this family, personally happens to you.

So, Swami Vivekananda was not casual when he said, "My dear brothers and sisters" in his address at the world parliament of religions. Whether we come from one consciousness or one species, we are a reflection of that ONE. We are brothers and sisters- family. This concept is very close to the heart of all the religions of the world.

"One for all, and all for one" is a selfless, self-sustaining and commendable position to live our lives from. That's not only for you and me. It's for every form of life and natural force on this planet we call home.

But, but... we've arrived here. Clearly, we've lost our way. We've been so selfish that we've exploited nature and human beings alike. We've endangered, no, sent plant and animal species to extinction. Into oblivion. Let's not even go into the climate change crisis.

The question is no longer about the wellbeing of the planet. Now you see what it's like when your own life is at stake.

Every aeon has a dramatic end. I'm reminded of the story of Hiranyakashipu and Narasimha- how evil was ended by someone who was not man, not animal, at a time that was neither day nor night. The nCOVID-19 virus is the same- it is neither a living thing nor a non-living one; you can't see it and you couldn't un-see it. But something is coming to an end for sure.

The imbalance is ending.

Take a breath of fresh air- it's pollution-free. Nature is taking a break from you. Even the Nilgais are roaming around in Noida. Peacocks are crossing roads in Bangalore. And you are finally getting some face time with your family (without the iPhone).

When people break the law, they are put in prison to think over their actions. Now you're sitting at home. Take this time to recuperate and think over how you want to be part f this world. Our greed has taken us nowhere. Universal brotherhood and forbearance is our only shot at peace. When all living and non-living things are in harmony, Mother Earth can finally breathe easy.

This is the only way we can gift a beautiful world for our next generation.

Thank Corona for giving us a bit of time out of our busy life schedules to think about ourselves as well as Mother Earth. This is our opportunity to get back what we've squandered.

Polymath. Most people know me for my passion for alternative medicine. I have unlimited love for all things intellectual and like to follow a minimal lifestyle.