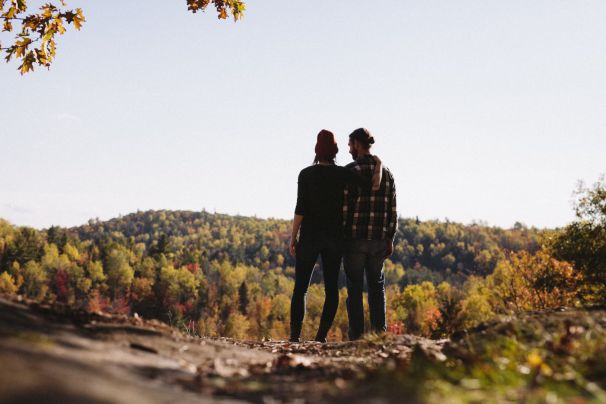 As we moved from Generation X to Generation Y and from a Semi-Modern to Modern India, the dynamics between man and woman moved with us. Clearly today we know that there are men and there are good men in our surroundings.

Men are creatures we may get attracted to because of their masculinity and good looks. But, good men are those we'd like to love and keep for life.

After many many years of hit and trial and trial and error methods, I think each one of us, every girl who likes to be loved, knows what a great man is made of. Still, it is in our genes to fall for the wrong kind of men more often than not. Those men who lost their shit trying to follow the western culture. We know his specific characteristics but we forget. We all know love just happens and it happens to the best and the worst of us but there's no harm in at least trying to go for the right one is it?

There's still those good-hearted men in our society, we just have to find them. So next time, just go through this checklist before deciding that your man is a keeper:

1. He who doesn't look at you but looks into your eyes

The man who looks straight into your eyes and it feels like the world has come to a halt for him in that very moment, oh boy, he is the one. A woman knows when a man looks at her, where exactly he's looking and why. Unfortunately, men don't have that power. This man, who looks into your eyes, just to try and read what he means to you and what your heartbeat says, tells you more about him than he can say in words. A good man in love will never have to say anything, his eyes say it all.

I would like my man to be a tiny bit more ambitious than me and that doesn't make me less of a feminist. Every girl wants her man to be at least at par with her because male ego is a bitch and we are all aware of that. If he is driven and ambitious, he will understand your dreams better. A man with a goal is responsible, mature and genuine. He has no time to waste on infidelity and inappropriate decisions in life.

3. He is protective but not dominant

You'll be lying if you say you don't like that about your man, when he treats you like a baby. Don't take it otherwise, you're not a part of his property. He just cares a lot about you and can't think of a day when he'll wake up in the morning with a feeling that you won't be around anymore. He can't digest that so he wants to make the most of this moment, by doing everything to hold you back and never let you go.

Your man picks you up and drops you from one place to another every time you're alone, he goes out of his way for you just to remind you how much he values you. He tries to never let you forget that fact.

That's the reason he calls you or texts you in between his meetings to say nothing at all really.

4. He is supportive of whatever you want to do

Even if it is about seeing you walk away, he will never stop you. He knows what he feels for you is his individual choice, he doesn't expect the same from you. The man who can support this will support your career choices, your bizarre life decisions and anything and everything else that you think is right for you and so does he. This doesn't mean he won't warn you when you're taking the wrong path, he will be the first one to give you a heads up.

5. He appreciates it when you're at your best but he also loves you at your worst

It is not so easy to be a part of someone's happiness when you're not having the best time but if he chooses to ignore his issues just to be a part of your good times, he's a keeper. More so if he finds it in himself to love you at your worst, you should NEVER let him go. Never.

6. He has a unique sense of humour that's only meant for you

He can't see tears in your eyes nor can he see the sadness on those typical gloomy days, those are the moments he comes up with his innocent jokes that only you can understand. This is because he knows exactly what makes you laugh and he makes sure he uses this information to his advantage and girl, what a selfless advantage. So do I need to say — He the man!

He will often lose an argument because he hates fighting. He thinks it's a waste of time because he has a far sighted vision, what you think is temporary (the fights), he knows it can turn permanent some day. So before it becomes ugly, he takes a step back. You can say he's just a wee bit more mature than you and trust me, it's a good thing.

8. Trust is never an issue because he works towards it every day

He will never think twice before giving you his phone, that is the reason you will never for it at the first place. He has nothing to hide from you. He's an open book but just to you because he knows men out there are not very pleasant and he understands your insecurities. Therefore, he builds your trust bit by bit everyday till you're confident enough in your relationship with him.

9. The man who's a keeper makes you feel beautiful

Every time he's around, the sparkle in his eyes when he looks at you tells you you're gorgeous. Looking at him jumping from one place to another when you're around, his excitement to introduce you to his friends and family and planting a kiss on your cheek at every opportunity that he gets just to tell people that you're taken, makes you feel you're special. It tells you that he's head over heels in love with you and that's the best feeling ever isn't it?

10. The little things he does

From driving to your place in the middle of the night to stop a fight to sending flowers to your workplace just because he thought of you may seem small but mean the world to you. He does all of these things just to tell you he's never letting you go.

11. The man you should end up with will never cross the line

He gives you the respect you deserve, he's a true gentleman. And so should you. There will be times he'll lose his cool but he makes sure he just walks off because that is much better than throwing any kind of abuse at you because the day that starts, that will be the end of it all. If your man has been abusive ever, you must wonder why you were with him at the first place because the reason you fall in love with a man is because he makes you feel good about yourself.

12. You're never out of sight out of mind for him

The times he goes out of the city for work, he cannot get through a day without calling you. You're always in his mind, it's not like he needs to tell you that but he does. His actions say it out loud that he loves you but he makes sure he puts them in words and expressions every now and then, just in case you forgot. That's the kind of man you need in your life.

If he can keep the little promises that he makes, like taking you out for a movie or getting that little black dress for you, he will swear by the big promises in life. This means the day he promises your parents that their daughter will wake up with a smile on her face each day of her life, he will remember it and keep it.

Habits are universal. Once you fall into that category for him, just know he will stand by you forever. You've become a part of him, without you he often loses himself. A good man in love takes a piece of you every time he's away because he can't do without you and he's not embarrassed to accept it. He loves you for what you are and not for what he wants you to be, at the same time, he keeps trying to be a better man for you even though he knows he is perfect for you.

The man who is willing to get rid of stuff in his life just to make space for you in his world is the man you should never let go.

You found him? Now hold him, keep him and never let him leave your side. Kidnap him if you have to because trust me, you may not find another.