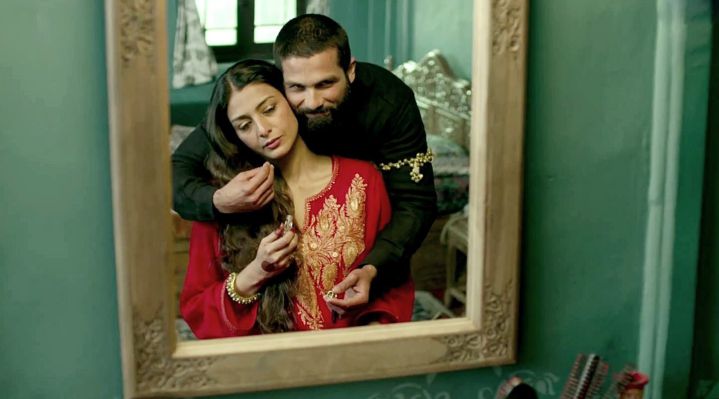 Mothers are one of the most complex human beings and I will probably never understand them in my whole life. I just sit and rationalize as to what makes a woman cross over bridges and play many roles in her lifetime — as a caring daughter, a protective sister, a concerned mother, loving wife, generous grandma and many others.

I am a Mama’s boy because I choose to be one and not out of anything but in a special way because of what my mother went through and how she made me and my sister better people.

We were a small, happy, typical modern Indian middle-class family in Bhubaneswar, Odisha. Life was good and beautiful. We had each other's backs all the time. In the year 1995, my dad was diagnosed with kidney failure and our whole world came crashing down upon us. Friends and relatives stayed away and were least bothered obviously.

Despite the setback, my mother single-handedly took my dad to CMCH (Christian Medical College & Hospital), Vellore, for further treatment and stayed with him for a long time, while my sister and I were at the mercy of my aunt and her stepsons. My aunt was married to a widower. My mother called us every now and then to check on us, she even came to help us write our exams all alone.

She did everything possible to save my dad and was with him till he passed away in 2000. My dad’s body was cremated in Vellore, Tamil Nadu. I saw a different version of my mother after I lost my dad.

She became very lonely as if she was still mourning my father's death. But she always had to fight her way in this society, where a single mother is looked down upon, with raised eyebrows and questions that dissect her very soul. I was 15 at the time and I hated the society and the people around us. I hid a 2/4 piece of wood by the door (I still have it near the door, just in case) to chase any of these so-called well-wishers who came to sympathize less but more to rub salt in the healing wound.

My mother played the roles of our father and mother both exceptionally well while she continued her job as a teacher at a government school. She often wore a white sari to work and I used to protest that vehemently but she would calmly explain to me about how the society (SAMAJ) works. I said what society? Why do we need to fear them? After many fights and arguments with mom, she started wearing saris of different colors outside. She did her job well in the school and gracefully retired in 2013.

During those troublesome years, my mother was fierce yet loving. She was a strong woman in a man’s world and did things that many men will hesitate to do. She dictated rules for us like a father and had the loving grace of a mother. She fulfilled all our wishes and was always there for us when we needed or missed dad the most.

I sometimes wonder what made my mother go into an all fearless God mode, the untold sacrifices she made for us. I mean she compromised so much just for the sake of her children and the wellbeing of her family. She could have had her own life.

She could have lived a lavish lifestyle on my father’s savings, she could have searched the love of another man and could have got a caretaker for us but she chose us over every alternative that could've been more convenient for her. She held us together.

She let us follow our dreams, rejoiced when we succeeded and cried when we were disappointed and encouraged when things didn’t happen. Today, what my sister and I are is because of our mother’s constant devotion and affection for us.

In you dear mother, I have seen the caring, ever forgiving yet the strict face of God. Today, whatever I am is because of your untold sacrifices, struggles, and prayers.

I salute all those women who have sacrificed their dreams and ambitions just for their children who needed their care and attention. I also salute and bow down to those mothers who are fighting life everyday and its challenges to raise their children the right way. I also thank and salute those mothers who are exceptionally wonderful and marvelous and are ruthless and fearless in defending and caring for their "special children".

We all will always be our Mama’s boy/girl because it’s them who have taught us everything about life, freedom, choices, accomplishment and much more.

Tall Dark and yes most importantly definitely not handsome/attractive. I am simple guy with next door neighbor looks and attitude. I prefer honesty and open minded communications . living life one day at a time and handle day at one step at a time is my goal..