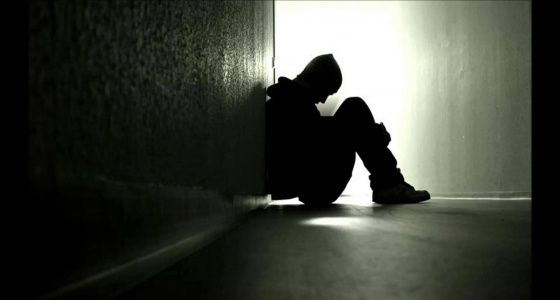 I'm a 27-year-old guy who can’t identify with who he is anymore. My batchmates are now having kids, getting married, working on their start-ups, some are now government employees and here I am doing literally nothing (technically still in my final semester of master’s program but now I am not sure if I’ll be able to complete it since I haven’t met my guide in almost a year.

I have always been a bright kid, scored 90 in science and maths but only around 60 in other non-tech subjects. I'm not a A+ school student. I did try after my 10th to get into DPS but the reaction I got of the admission officer was surely a complete surprise, well for starters she didn’t believe that my mark sheet was genuine as my marks in math were a sum of my marks in English and social science. I was good at sports too.

Being good at science and maths the future choice was obvious, becoming a computer science major from a reputed college in DU. However, my science coaching teacher told me about IIT JEE and I started studying for that, however, since I did not make to the best college, I decided to drop a year and study harder. In the first monthly test I was in top 10 and I was happy.

Studies weren’t the only thing going on in my life; there was also a girl. Let’s call her A. We used to be classmates till 10th grade, then she changed her school but we continued to go for the same coaching. It was not love at first sight but a complete gradual build up for me, we were not so close when we were in the same class, but after that when we shared our commute I started to develop feelings for her and I was sure I was her confidante.

So one day I decided to tell her about my feelings and wrote her a letter. I wrote it in invisible ink. When I gave her the letter, she read it and said she needs a few days to think about it.

So after a few days on 5th August 2006, we were returning from our coaching and I asked her again, she said yes and I was on cloud nine. Well, then we started chatting via text and occasional late landline calls. She had parallel landlines so we had to be very careful about the timings.

That was a heavenly phase for me but in a few days she told me we will never be together. She explained saying she’s the elder daughter in a brahmin family and I was as kayastha and hence, a future is not possible.

Being an adamant guy from a family where caste was never discussed I was not going to take this and I insisted that we will make it work, she hesitated but asked me to take things slow and well for me, she had become my dream and everything, I wanted to be the best so that when I ask her parents for her hand, they just can’t say no.

Well then board and entrance results came, she got a reputed all girls college in DU. I joined my entrance coaching. It was going well, but we weren’t able to communicate that often.

After a few days my sister and her husband came back to India to settle here down permanently. My sister was my confidante, my best friend, my biggest priority. It was September 2007, everything was going almost well even though I was doing well academically, things with A were slow.

Then I went to visit my sister at her place and after living with her for a a couple of days, things started to unravel. She was regretting moving back to India. Her in-laws were making her life hell. She was also having frequent fights with her husband. I felt so pathetic about all of this and just really wanted to talk to A but she wasn't’ around.

Then one night things got really ugly; my sister cried so much and I had to put her off to sleep.

I came back to Delhi but I believe I was not the same guy anymore. I just wanted some peace and I could get that only by being with A, however, we started to have heated conversations on a frequent basis, she was going through some stuff too but I was selfish and only kept focusing on my agony. My JEE preparations started to deteriorate day by day and I started to skip classes and like an addict I was craving for A’s company more and more.

It was valentine’s week 2008, I asked A to meet and as always she hesitated initially but I insisted so she finally agreed. I bunked my class and got to her college. Her campus was all girls so I had to wait for her at the post box and she was three hours late. However, I wasn’t angry, I was just happy to see her and be in her company. I gave her a chocolate and a teddy, she returned the teddy by saying she can’t keep it for now and we should stop seeing each other as partners, after 10 minutes she just left and my head started to hurt really badly.

It was admission season and counseling was going on, I got under 3K in state entrance exams and well I didn’t get the college I wanted but got through a really good college. I was not joyful but my heart rate was in normal for once.

In college, I was the tech nerd, not any teacher’s first preference but I was visible. My academics was never my priority.. I was good at tech stuff and so I joined my colleges’ robotic society. Honestly, I just wanted to be in A’s company.

After a few months, I started talking to A again and agreed to her condition, that is, to treat her like a “friend”. I did not actually want that but more than anything, what mattered to me the most was that I get to talk to her.

I made A believe that I am comfortable with just being friends with her. I always made sure to help her in every matter, whether personal or related to her academics.

However, after sometime I just told A how I felt and the same thing happened all over again. Our occasional conversations also stopped and not in the most peaceful way.

I believe I tried almost everything; I tried meditation, medicines, reading, hobby persuasion, escorts, drugs, alcohol, psychologist and more but I still feel so lost. I have had suicidal thoughts and I don’t know what to do with my life.

I am writing this in the middle of the night, thinking about A. All I wanted was to give her all the happiness in the world, she was my desire and my number one priority.

It has been about three years now since we last communicated, she was my life once and I believe she still is (whatever I am left with) and I can still trade anything just to be with her.