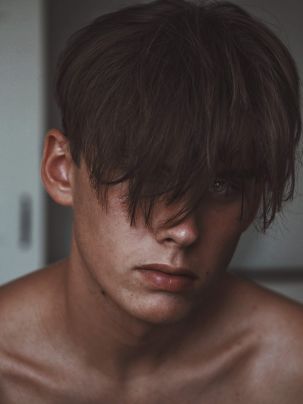 Until recently, this was a dark secret I was hiding. Now it's a discovery I'm coming to terms with.

It might sound ridiculous to you but no matter how ambitious and driven I appeared on the outside, I was really messed up within.

As expected, none of my dreams came true. I had received special coaching on all my subjects and I still only scored 64% in my CBSE board exam. I trained for every single engineering entrance exam. I was serious about my studies but no matter how hard I tried, I could not focus on one thing for a long time. I couldn't recollect information during an exam and write it down.

I had many visible weaknesses but I had no idea how to address them. I had to put an inhuman amount of effort just to score 74.6% marks in 12th. I didn't clear any exam the way I had dreamt of. After paying a hefty fee, I was admitted into civil engineering in a private college. This is what happens with me all the time- I end up aiming high and then get into a situation where I have to choose something I regret.

I kept myself afloat for the first two years. Then I ended up having three backlogs. I wasn't even eligible for campus placements. It was a vicious cycle I couldn't get out of. I would work really hard and would lose everything at the last moment. Then I would have no motivation left to work hard the next time. By this time, something in me had worsened. If I lifted a heavy object, my hands would tremble.

My dreams never led me down this horrible path. I always had to follow fear and anxiety. The same anxiety of having a gap year in my CV forced me to take up a two-year masters degree that I had absolutely no interest in. Then in 2016, the demonetization happened and the market went down. Which meant I had to shut up and take whatever job came my way. So I ended up in a sales job despite my horrible self-esteem and inferiority complex.

In May 2017, I lost my mother. Though I never liked her much, I was just performing my duties as a son. I never had a connection with her nor with anyone in this world. Though I am perceived as a responsible elder son in the eyes of society and relatives, I never developed any bonding with anybody in my life.

I switched jobs. I'm now in Mumbai. I don’t have energy left in me. I am forced to work. All I did for 25 years was to just survive and not live. I have never enjoyed any moment in my life. In fact, I don’t have the energy to enjoy the moment and live in it.

The worst part is, my brother is experiencing the same pain (it's probably worse). He has completed his degree in computer science and started to pursue masters. But he dropped out in a few months of joining because he didn't like his college. He stays with my father and they live in Ahmedabad, far away from me.

We all hate each other but we're tolerant because we are bound by duty. I'm not close to my father and brother. We can't express our hatred for each other because we are wired to be nice. I can't even guide my brother in his career because I'm failing in my own. I feel guilty for hating them. So in order to avoid that guilt, I perform my duties sincerely.

I feel bad for the way his life turned out. And now he's idle at home because of the lockdown. He calls me every day and he doesn't quite know how to go ahead with his life. I was in his shoes only a couple of years ago, and I've become his shoulder to lean on. Now, he's becoming my burden.

Since he dropped out of college eight months ago, I have been counselling him. But he's so stuck in his endless cycle of regret and self-pity that he's talking about committing suicide! I'm at my wit's end!

All his life, he was forced to do things and only got shit in return. I'm afraid that he will really commit suicide. We've both had the same kind of life. We have to slog and slog to prove our worth but the effort goes to waste or the success is too meaningless. I have never seen my brother happy in my whole life.

The lockdown gave me time to reflect. I've realized I've worked like a donkey. In fact, I've become a donkey, only working against complete resistance. I've lost myself completely. I don't even know what my strengths are. I don't know if I'm passionate about anything. Same goes with my brother. But I'm unable to guide him. I want him to live a good life, be independent and successful.

Lately, I've come to suspect that both of us suffer from Attention Deficit Disorder. This realization has come a bit too late for us. I just can't keep going like this. I can motivate him only to an extent but after that, I am not able to go further.

Secretly, I wish he dies or I die. I can't die as long as he is alive because I am the only one with whom he shares everything. I am unable to love anyone. I feel so emotionless, so bad. I don’t know where this will lead me. I don't want to get married or have children in future. I want to make a lot of money and retire at the earliest so that I can go somewhere far and live in solitude.

Thanks for reading. This was something that has been pilling up in my heart for a very long time and I wanted to vent it out. You were here to listen.

Dear anonymous- you have no idea how incredibly courageous you are. You're deeply committed to making the best out of your life and it's not your fault that you have some physical limitations. Your brain is a part of your body which can be healed. Until recently, I wasn't even sure if it was worth living my life. Then I met my psychiatrist. Today, I have the privilege of reading your story. Your vulnerability is a grace that will liberate so many of us. Get help. Get your brother help. Everything will be okay. We're all just getting started and have at least 50-60 years more to go.

Stay safe. Stay blessed. And always remember that you have love, even if you don't feel it.