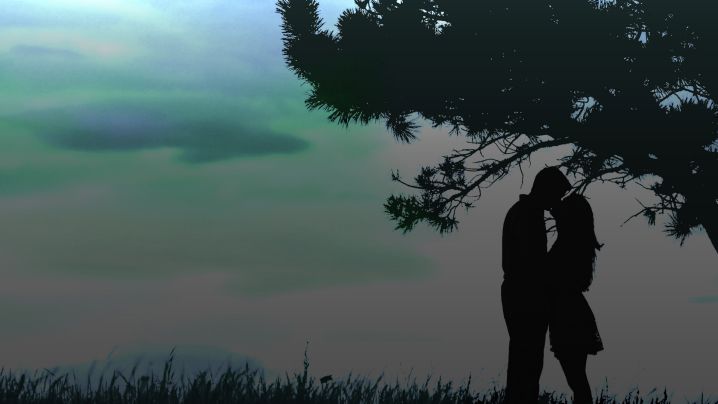 A ‘May-December' romance usually takes most of us by an element of surprise. It talks about a relationship in which one partner is in the winter of his life, while the other is in the youthful spring. In simpler terms, it talks about the relationship with an unusual age inequality among the couple.

However, when the reverse equation of a younger man and older woman comes in front of us, we raise our eyebrow.

It all started 4 years ago, I met a girl, who was two years older to me. It wasn't an ordinary relationship; both of us had an amazing chemistry and a perfect understanding. We started out as friends, later became close friends. But one day, something unbelievable happened, and it was beyond my expectations.

To be honest, I loved her to the core from the first day I saw her offering tea to her parents while her parents were relaxing in the balcony. But I was afraid to express my feelings. Instead, I decided to make her feel. So, I never uttered a single word regarding my feelings, yet I left no chances to make her feel special. I used to call her my princess, and even the contact in my phone was renamed to "PRINCESS".

One fine day, all my hard work and efforts paid off, it was a proposal from her side. I was surprised, to be honest, and wasted no time to accept it. Soon our relationship started; I succeeded in gaining her trust, months passed and I decided to get serious in life. So I took up a job, worked overtime, planning a future with her.

Actually, it was unbelievable; our relationship was different from others, we never fought or argued. In fact, she used to love me more than anything in this world. She used to cook for me and take care of me. Soon her contact in my phone was renamed to "BIWI". Our love story was exactly like the movie "Ek Deewana Tha". In fact, whenever any one of us got upset, we just played that movie, which would make us realize how beautiful our love was.

Years passed and one fine day, a huge problem crept in – THE INDIAN SOCIETY. Her parents decided to look for proposals and it was really a nightmare for me. I decided to talk to her parents, but waited for the right time. However, they fixed her a proposal one day and she got engaged the very next day. It was the month of February, which was one of the worst months of my life.

I saw her getting engaged to another guy. She protested, but her mom slapped her and forced her to do so.

She convinced me that it was just an engagement, and that she wouldn’t let this happen. Months passed, and the groom's family called her parents to fix the wedding date. Both of us were shaken by this new turn of events. We were frozen, so confused, so worried.

Eventually, the date was fixed, and wedding cards were printed. The night I saw the wedding invite on my Whatsapp, I was so broken that I consumed poison, and recorded my last statement on my Facebook live. Soon, the people in my locality rushed me to the hospital; my parents were asked to sign a consent form, mentioning that the hospital management wasn’t responsible if I died during the treatment. They asked to do this as I was in a serious condition.

Later, the doctors declared that I was out of danger, and immediately, I rushed outside looking for her. But my friends told me that she never came. I came back home and called her. She expressed her grief, and the next day, called the groom, asking him to cancel the wedding. He got furious and told everything to her father. As a result, her phone was pulled away, and my contact with her was interrupted.

They started brain washing her, told her that I had already moved on, and that I was relaxing in Goa.

With great difficulty, I called her on her mom’s mobile. To my surprise, she picked up the call and shouted on me, talking to me rudely and asking me not to call or message her ever again.

My dreams were shattered; I was presented in a wrong manner, and my love was left incomplete. I was in a traumatic condition. It’s been 3 months now that she got married, and I still miss her. All I do is keep staring at our WhatsApp chats of 4 years.

Only God and I know that I was advised proper rest, and her parents took the advantage of the whole situation, manipulating her and changing her mind.

But I believe in karma, and I am waiting patiently.