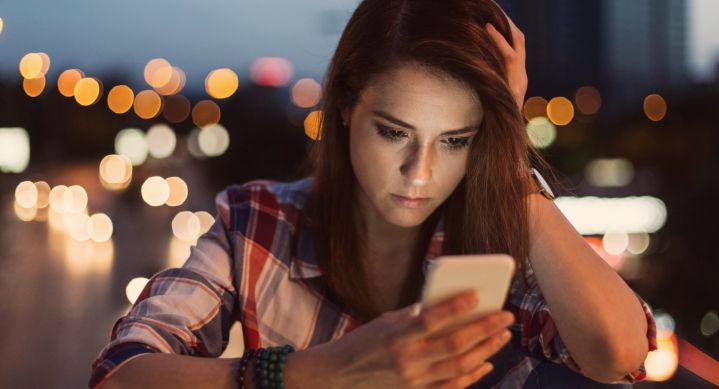 When I looked out from the window of my office bus, I saw a boy and girl was fighting with each other at the roadside. My bus stopped at a signal and the couple was standing just near the footpath. Their pitch was so high that I could listen to all their conversation. The boy was saying that he was not the right guy for the girl and hence, she should leave him and move ahead in her life. On the other hand, the girl was very much adamant about sticking to the relationship.

This drew a smile across my face as all the memories of my relationship with Jay flashed through.

I was in the last year of my engineering and was in a serious relationship with a guy named Jay. I was from a small town and so was he, although he belonged to a very reputed business family in our town. I was almost decent in studies and thus, had secured a job in Mumbai through an open campus pool. An open campus pool because our college could not manage to get any companies that year. Anyway, even though I had a job in hand, I was sceptical about going for it as it would have meant an end to my relationship or would have resulted into a long-distance relationship which as per my opinion never turns out to have a happy ending. Jay kept pushing me to go and opt for the job. He said all the mean things about himself to convince me that he wasn't the right guy for me or at least the guy for whom I shouldn’t leave such a great opportunity.

In the end, we decided mutually to have a long-distance relationship.

I moved to Mumbai but kept in touch with Jay constantly over calls and messages. But eventually, somehow a gap came up. And slowly, I realized that he had started seeing his ex-girlfriend again who lived in the same town. We fought a lot over the same. He was not ready to accept his fault or to agree upon not seeing her anymore. This crumbled me down too much. I was broken down to an extreme level.

Finally, I realized that this situation can’t go on for long and asked him for a breakup.

He was not ready to do so but his ego played a role in here. He agreed for the same. We stopped talking and I blocked him from almost everywhere. Life changed in a year. I got stronger and more focused towards my career.

It was the time of Diwali when I planned to visit home. And that meant being near to Jay, which again was going to be a difficult situation for me. Still, I went to my hometown. One day, I saw him in the market. I was there with my friends and was trying to leave the place when he came to me and stroke a conversation. He was polite and so was I.

We had a good conversation for quite some time and he told me that his family had finalized a girl for him to get married to.

Also, he said that the girl was very naive and shy. So he was not sure if he could handle her. I was having mixed feelings at that time since it was really hard for me to imagine him with someone else. But keeping aside everything I said, “Do you think she can fit in with your family? I know you are very attached to your family and have always considered their happiness before yours. Think about this. If it’s a yes to my question, then I think you also can get along with her in some time.” And then I left.

At night, when I was about to sleep, I was checking my messages when I saw a message from an unknown number. “Hey! Glad to see you after so long. Can we at least stay in contact at least? Maybe, just as casual friends.” It was Jay who had texted. Surprisingly at that moment, I felt that there would be no harm in it as now our lives had really moved on. I replied to affirming the same.

Since then, we have been in touch and have been really good friends. Even now when I am married I can discuss with him my marital issues and always get his ears. We are all sorted.

Someone has rightly said, 'Time heals everything.'

It makes my heart flutter with happiness. Share this story and let's restore our faith in 'time heals everything' once again.