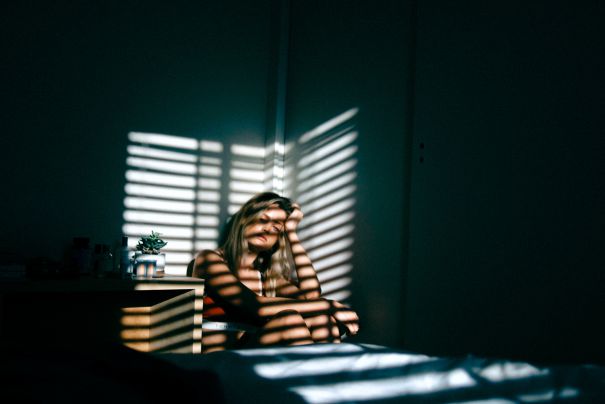 It happened in April 2014. I was excited about my trip to Rishikesh and the first time I'd try river rafting with my friends. I was doubly excited because my crush was coming along on this trip. Everything was perfect, just the way I had imagined it to be. But I was a little worried because my periods were going to coincide with my travel plans and I knew that my trip would be ruined if I'd get down on the same dates. I hoped and prayed that my periods would come either before the trip or after it.

Finally, my travel date arrived. I had a lot of fun on my trip, though at times I also wondered why my periods were so late. When I came back home, I surfed the internet for possible reasons why my period was late. I came across a plethora of information, but nothing seemed relevant to my case.

Then, I read that sometimes excitement and nervousness could also delay periods, due to a change in hormones. I felt quiet relieved when I read this and decided to wait out the entire month for my periods to arrive.

But they didn't. I started getting worried because now, I was late by two months and so I finally planned to consult a gynecologist. When I went to the hospital all alone, I felt scared and nervous. I had no idea what might come up. The doctor asked me to explain my problem to her in detail and then asked if there were any possibilities of me being pregnant. When I denied any such possibility, she gave me a medicine for ten days and asked me to wait for a week for my periods to arrive. She asked me to visit her if my periods became irregular again. I took the prescribed medicines and my periods came on time.

I got my periods after a gap of almost three months and felt happy to see them, for the first time ever. They somehow made me feel complete. They made me feel like a woman.

My periods became regular for three months, but then they stopped. After waiting for two months I visited the gynecologist again. She suggested a few tests and asked me to collect my reports in a week. That week seemed endless, almost as long as a year. I was desperate to hear that everything was fine with me. When the day finally arrived, I went back to the hospital. I felt confused and terribly scared. I took the corner seat and waited my turn in the hospital. I found many pairs of suspicious eyes staring at me, following me around because I was in a gynecologist's clinic, all alone. When my turn finally came, I collected my reports and stepped in. I handed over the reports to the doctor and desperately waited for her to say that everything was fine with me. She said, "Beta, this is serious. You have entered into menopause. You won't get your periods now. You won't be able to conceive." I was taken aback, I didn't understand how to react to the words she had just spoken.

I was only 24 years old at that time and was hearing something like this for the first time. I was wondering how could I have menopause at the age of 24, when it occurs only after a woman turns fifty years old?

I continued staring at the doctor's face in complete silence and disbelief, hoping that in the next moment she would tell me the cure for it. But she only handed over my report to the senior doctor and asked me to see her.

The senior doctor said that I was diagnosed with Premature Ovarian Failure, which meant that I won't be able to conceive. I wanted to cry right there but I was unable to cry. I was confused. It felt like my entire world had come to an end.

"You won't be able to conceive" This statement kept haunting me. "Why me?" I kept repeating to myself and to my God. I had many questions in my mind but the doctor was done. She prescribed some medicines to me and asked me to take care of myself. My entire world changed that day. I'm still living with this condition.

Share this story to create awareness about Premature Ovarian Failure. And to tell women world over that conceiving a child does not make them complete - they are complete beings, in themselves.