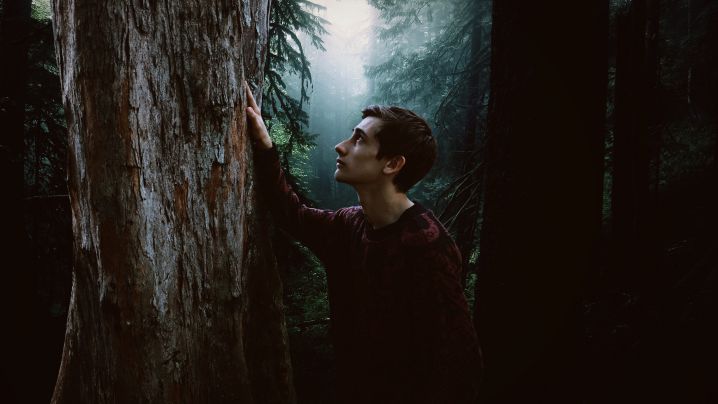 I am in love with this girl, who was feeling down and hurting herself after going through a breakup, in which the guy left her. I initially saw her only as a friend, but after knowing how sincere she was to have a relationship and the fact that she was still taking sleeping pills, I tried very dedicatedly to change her. In that process, I somehow ended up falling for her. I am not good at hiding things and thus, proposed to her.

It took her some time, but she did tell me that she had a positive feeling about me and would definitely be interested, in thinking about a future with me.

Since her dad was not keeping well, she asked me not to feel bad if things did not work out. The problem started when she kept asking me things like 'What if it doesn't work out?', 'Will we still have a good bond?', 'Will I still help her at work?' etc. We both work on the same project, where one of her deliverables is managed by me. I definitely did not think that she was using me.

However, she kept talking about her ex-partner very often, even after I told her that I was not feeling good about it.

She picked on the word 'double standard' and made a big issue out of it.

I still ended up going to meet her and for the next 5 days, she spent most of the time with me, as I had booked a hotel close to her hostel. However, every time I tried to express my love to her, she said that she was feeling uncomfortable. When I asked why (because she was the one, who had asked me if I could be as expressive as I was on calls and video chats).

She said that I had attacked her character when I used the word 'double standard'.

During my stay, she kept telling me about her ex and the things he had got for her again. Once, when we went to the office together, she introduced me to one of her close male friends. We had a good conversation and he left after some time. She immediately started praising him and it went on until we got into a cab. In the cab. I asked her that if I were to relocate for her, her family would be my only family and I'd be very happy if things worked out.

She didn't react to what I had said at all. She just continued talking about that friend of her's and about how well settled he was in life

She talked about his salary (which is much much higher than mine) and how her friend asked her to aim for him. She was also told me how humble and down to earth he was to her. She also told me how furious he was when people tried to double cross him. I got irritated and told her that if she feels so greatly for him, she should go aim for him. She replied stating that she didn't know whom she would marry as per her destiny. She said it could be me or him or anyone else.

I was taken aback as she named another guy, whom she said she only saw as a very good friend. That night, I told her that I hated being made to feel like an option.

She replied that if the other guy was actually pitted against me, she would go for him. This hurt me very badly. I told her that if I were her ex, from back when she was in a relationship, she would have felt my pain. She replied saying that she would have, but I am not him, so she did not know if I felt bad and said sorry if I had been made to feel bad.

Now, I am stuck in that stage, where she feels that she is feeling so negative because of the things I had said. On top of that, she has negative feelings for me.

I don't know what I should do now. Should I walk away or should I try again? Was it my mistake to have liked and looked out for her? Should I have just let her say and do things as it pleased her?

Share this story to promote the need to be open in any kind of relationships.