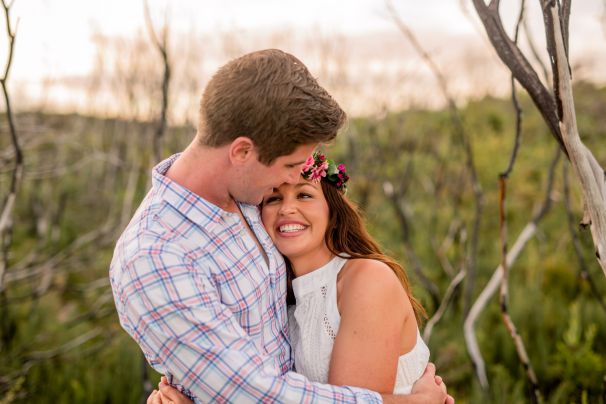 I have had two relationships before the one I am in now. The first relationship was during my college time and it was a long-distance one.

The guy was super-possessive and he wanted me to only think about him.

I was young then so initially, I listened to him. But as time passed by, I realised that I was wasting my time. So I broke up with him. It shattered me as I always wanted a guy who would fall for me and remain with me forever. But at the same time, I was happy that I was free from the person who only wanted my nude pictures.

Later, when I started working, I met a guy in my office. He was a Brahmin just like me and also, a vegetarian. I thought that finally, I got someone with whom I can settle down. He was understanding, matured, and everything a girl would want in a guy.

But after a year or so, he started to say that he can’t marry me as his mother wouldn’t agree.

He moved out of the city because of his job. I used to take care of his brother and tried my best to show him that I was the best for him.

I was so madly in love with him that it was hard to imagine my life without him.

But he always stayed busy at work and hardly found time to talk to me. This continued for a year. He never gave me any sort of commitment. Even I shifted to the same city as his within a year. My parents knew about him and wanted to meet him as it was the Brahmin effect.

Even though he met my parents, I knew he would never marry me. So I decided to call off the marriage.

Trust me, it was one of my best decisions I had ever taken. It was difficult for me at first and I struggled, but it was worth it. I cried a lot and always felt some kind of absence in my life.

I was already 25 by then and started feeling old. I wasn’t at all confident about myself. And always felt that no one would ever love me. I thought it was because of bad karma that I dumped the guy in my first relationship. I was sad.

After seven months, things changed. A new guy in the office appears. One day, I asked him to drop me home after office and he fell for me. We went for a coffee on the way and all he wanted was to get married to me. He was the best performer in office and also, great looking.

He blocked a date on my calendar and asked me out.

He was madly in love with me and I didn’t know how. Because I always imagined myself as an imperfect girl and no one would crave for my love.  We started meeting often, and after a week, he proposed me for marriage.

I was shocked. I told my mother about him that he was a Maharashtrian with low caste. My family was always frank to this day. They were sceptical about meeting him.

And I had no clue how I fell for him in just over a month. He made me feel special. He would surprise me, love me, and make me smile all the time.

He was having an operation the next day, so I went to meet him in the hospital. I stayed there the whole night and told him that I loved him too. He froze.

Next morning when he was in the operation theatre, he said that my slip of the tongue made his operation easy and he felt like he was dreaming it. I fought with my parents and asked them to meet him for marriage. But they didn't agree. It was some difficult time for us but he managed to keep me calm.

I can’t believe that I fought for him, even when I was not sure.

But now my life has changed. When my mother was visiting me, I asked him to pick her up from the airport. When she saw him, she finally agreed to meet him again.

Now, this Prince Charming, who made me believe in love and came with no conditions, is accepted by my parents and we will be married soon. All I want to say is that love doesn’t happen only once. If you find the right person, you will fall for him again. You just need to wait for the right time.

It's true when they say, "It's not an ending if it's not a happy ending." Share this story if you are happy for the author that she finally found the love of her life.