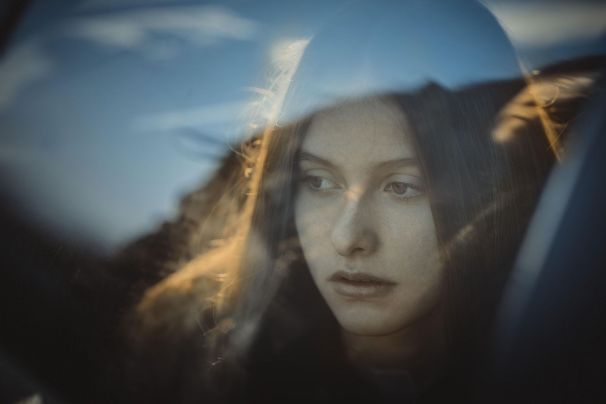 I never thought I’d be writing another painful story on AkkarBakkar when I was eager to write a fairy tale. It’s been two years since I wrote my first story about saving my virginity until I was married.

I was in a relationship with a guy (Let’s call him G) who broke up with me and disappeared from my life. I tried contacting all his friends to know his whereabouts.

Little did I know that a friend request to one of his friends would make me go through hell all over again.

Around eight months ago, on September 21, 2017, I sent his friend (Let’s call him A) a request on Facebook as I was desperate to find out about G. A was also his cousin and I was hopeful that he would help me get in touch with G. We began exchanging messages casually and a few days later, I asked him for his number because I wanted to talk about G. We started chatting on WhatsApp and I poured my heart out to A.

I told him that I needed his help in getting in touch with G because it had been a year since he disappeared and I missed him terribly.

On October 2, I called A for the first time and we spoke for four hours at a stretch. I felt nice talking to him and I noticed that he too enjoyed talking to me. He said that it had been four years since his last relationship and this was the first time that he’d spoken to a girl for such a long duration.

I discovered that he was an amazing guy with a good sense of humor. He had a positive outlook towards everything in life. He was a family-oriented guy who was always willing to help others. I was happy that I’d found a good friend in him. We constantly kept in touch through calls and messages.

Since A and G were cousins, A revealed a lot about G and told me that he was not worth my time and I deserved a better guy. I realized that it was true. I cried and told A everything that had happened between G and me.

He consoled me and said that he'd help me move on in life.

We met for the first time on October 8. A was a decent guy and was extremely talkative. He made me feel very comfortable. After our first meeting, he confessed that he liked me as a person and that girls like me were hard to find. He made me realize my worth; he said that I was beautiful, well-educated and belonged to a good family and that I shouldn't settle for someone like G who cheated me. Talking to A made me feel better. We could talk for hours about anything without getting bored.

He made me see the brighter side of life and helped me get out of depression. With time, our bond grew stronger. We became best friends and shared everything about our lives with each other.

One day, while we were talking on the phone, he asked, "Will you marry me after six months?" I was taken aback as I hadn’t seen it coming. Never in my dreams had I imagined that he'd propose marriage.

The thing I liked about his proposal was that he didn't say he loved me, he directly asked me to marry him.

But I didn't respond and hung up the phone. He was embarrassed, as he didn't have a job and yet he'd proposed to me. He asked for six months because he needed time to settle down. He even apologized for proposing to me because he believed that he didn't deserve me. His reasons were that he was not well qualified nor did he have a job and he wasn’t very good looking.

But I was impressed by his honesty. I have never given importance to looks and I liked him as a person. So, I took a week's time and gave a nod to his proposal. After I said yes to him, life was bliss. My life was filled with him, his calls and messages.

He made me a new person, got me out of my depression and gave me a new life.

He impressed me in every way. Though there was no physical intimacy between us, we were emotionally bound to each other. I thought we were soulmates. We often wondered why it had taken us so long to find each other.

We were happy for the next eight months. We did have petty fights but would always find our way back to each other. We were best friends, we had the same opinions, we could complete each other's sentences and easily tell what was going on in the other person’s mind.

We were madly in love and promised each other that we'd never let go of our love.

We introduced each other to our families and friends. Meanwhile, G got to know about us and complained to his friends that A had backstabbed and betrayed him. He begged me for a chance to make things right but I told him that he was too late and I had moved on.

Things with A were going well. I helped him find a job. We were to get married in May 2018. We started planning our future and even began house hunting. Both our families met to finalize things. But something changed after his family visited our house. It was obvious that they were not impressed with our standard of living. I belong to a middle-class family and my dad has struggled a lot to give us a good life. But A's family thought that we were rich and well-to-do.

They expected a lavish wedding though they also belonged to the middle-class.

My family refused to spend lavishly and give in to their demands. My dad even offered to take care of the entire wedding expense if the marriage took place in my hometown, as he couldn’t afford a lavish wedding in the city. But A's family were not ready for this arrangement and they made a huge fuss. They started making excuses to call off the marriage.

They claimed that we did not make a good match because I was over-qualified (I hold a double masters while he had a diploma in hotel management) and was also three years older than him.

Earlier they didn't have a problem with any of this. However, when we refused to meet their demands and traditions (where they expected gold), they said that they couldn’t take things forward. I thought that A would stay strong because he truly loved me and would not let anything spoil our lives.

But his mother brainwashed him saying that he'd get a better girl who would bring huge dowry and other expensive gifts.

Initially, he said that his parents were not agreeing to the marriage but he'd try to convince them and get married to me. And I believed him. But he was influenced by his mother's brainwashing. He changed a lot and started ignoring me. Earlier he would call me at least 20 to 30 times in a day and if I didn’t answer, he would keep calling till I did.

He was madly in love with me.

But all that had changed and I could see our relationship falling apart. On May 16, 2018, he messaged me saying that he was unable to convince his mother. He told me to get married to the guy that my family chooses for me. My world came crashing down. My dreams of a future with him were shattered. I couldn’t believe it and began questioning myself. Why was this happening to me? What wrong had I done to him?

Though my family had rejected him, I fought with all of them and stood by him.

I made him a better person. He was a chain smoker and an alcoholic. I made him understand that those habits would ruin his health and his life. I helped him get over his addictions. I went with him to his job interviews and helped him find a way in life. He was irresponsible and without a job for two years but his own family never cared about it.

I taught him how to dream and to have goals and aspirations.

When he was jobless, I took care of all his expenses from his phone bills to bike maintenance, eating out, shopping, you name it. I've done it all for him because I loved him and considered him my husband. I respected him thinking that today, he may not have a rupee in his pocket, but tomorrow, he will take care of me.

I didn't expect anything from him except his love and affection. But he didn't take a stand for our love.

Earlier he claimed that he was ready to leave everyone and everything for me. But he left me for everyone and went away. He said his parents were important to him and he couldn’t do anything to convince them. He broke my heart.

He always said that he loved me more than his mother till he left me because of her.

His mom thought that she could find a better girl and demand huge dowry and he fell for her words and gave up on us.

I didn't beg him to stay, didn't question his decision or ask him anything at all. I just wished him the best and let him go.

I lost my appetite, spent sleepless nights crying myself to sleep, quit my job and moved to another city because I didn't want to see him, I didn't want any memories to haunt me. I wanted to move on.

I know a beautiful life awaits me with a person who will never give up on me and I have saved my virginity for this special man.

I know what's meant to be mine will be mine. If someone truly loves you, they'll find a way or else they'll find excuses.

True love will never let go of you, no matter how hard the situation is. Love conquers all boundaries; it doesn't have barriers or ifs and buts. There are no excuses and reasons. If it's true, it won't fail; if it fails, it's not love.

Share this story if you agree that love will never let you down and if it does, it's better to let go than struggle to hold on.