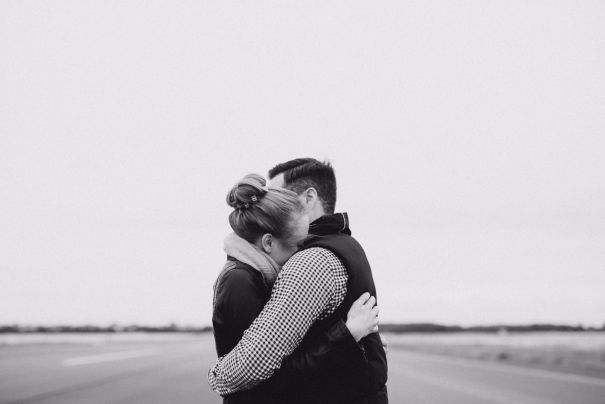 I was extremely shy and introvert. I never felt the need to talk to any guy ever, plus I didn't have the guts to talk to them. I used to either ignore or block the boys who tried to approach me on social media. I grew up with girls and was never exposed to an environment that also had boys around.

Maybe this is the reason that I was straight-up flattered when I started talking to a guy I stumbled upon on a social networking site. He was completely opposite to how I was, an extrovert, and used to flirt around with girls on social media (He used to share with me about everything that the girls he was talking to and dating or dated). We soon started talking over phone calls and had endless chats.

He liked and admired me for the shy girl I was. It took around 8-9 months for us to realize that we were in love with each other. He promised me he'd never flirt or talk to any girl once we started dating and I trusted him when he told me so.

He was my first love so this relationship was very special to me, he had been in a relationship before so he had already experienced all the butterflies-in-the-tummy feels. The first rose that he gave me, the chocolate wrappers, his small yet priceless gifts for me; I treasured all of them (and I still have them).

Everything looked like a fairy tale to me though we did have our ups and downs. Time passed gradually and he went abroad for his job (this was temporary as he already had family business to look after) and I continued my studies here. Our long distance relationship took a toll on us but we didn't break up.

He came back from abroad and we told our families about each other, they didn't agree at once but we convinced them somehow. My parents told me I would be responsible if anything went wrong as I chose my life partner, and I agreed.

We got married finally after being in a relationship for 4 and a half years. We were 2 weeks into the marriage and everything was a fairy tale for me until I went through his Facebook account.

What I saw there shocked me. He was in a relationship with his friend's girlfriend for a few months when he was abroad and they were into sexting and intimate talks. She left her boyfriend and got engaged to another man whom her parents chose for her yet continued her relationship with my boyfriend (now husband). Supposedly, 'my' man tried his best to break her arranged marriage. Apart from this particular girl, there were tonnes of other girls whom he was flirting with.

I was left so broken that I couldn’t even cry. I confronted him and all he had were apologies. "All that was temporary, I always wanted to marry you" were his words, but I don’t believe them and will never do. He told me that our long-distance relationship and being away from his family made him do it.

But what about me? Wasn't I a part of 'our' long-distance relationship? Did I do any such thing? I had many chances, few boys tried approaching me while post-graduating when he was away with his job, but I never broke my loyalty for him. Then why did he do such a thing? I gave our relationship everything and is this what I deserve?

I'm at a stage where there's no going back and the major reason is my family. I convinced them for this marriage and today, they are very happy for the supposedly 'happy' life I'm living.

He apologised to me a number of times and assured that he'll never betray me from here on, but I'll never forgive him. He broke my soul and my trust in love.

I'll never forgive him nor will I trust him till I die. I regret getting married to him, but more than that, I regret that I fell for a man like him, but deep down I do love him even now and I don’t understand why. Maybe because I'm this stupid to be played on.

PS: My recent discovery - he still searches some of those girls' profiles on social media.